The National Archives and Records Administration (NARA) is an independent agency of the United States government charged with preserving and documenting government and historical records and with increasing public access to those documents, which comprise the National Archives.[6] NARA is officially responsible for maintaining and publishing the legally authentic and authoritative copies of acts of Congress, presidential proclamations and executive orders, and federal regulations. The NARA also transmits votes of the Electoral College to Congress.

The chief administrator of NARA is the Archivist of the United States.

The Archivist of the United States is the chief official overseeing the operation of the National Archives and Records Administration. The Archivist not only maintains the official documentation of the passage of amendments to the U.S. Constitution by state legislatures, but has the authority to declare when the constitutional threshold for passage has been reached, and therefore when an act has become an amendment.

The National Historical Publications and Records Commission (NHPRC)—the agency's grant-making arm—awards funds to state and local governments, public and private archives, colleges and universities, and other nonprofit organizations to preserve and publish historical records. Since 1964, the NHPRC has awarded some 4,500 grants.

The Office of Government Information Services (OGIS) is a Freedom of Information Act (FOIA) resource for the public and the government. Congress has charged NARA with reviewing FOIA policies, procedures and compliance of Federal agencies and to recommend changes to FOIA. NARA's mission also includes resolving FOIA disputes between Federal agencies and requesters.

Rotunda of the National Archives Building

Originally, each branch and agency of the U.S. government was responsible for maintaining its own documents, which often resulted in the loss and destruction of records. Congress established the National Archives Establishment in 1934 to centralize federal record keeping, with the Archivist of the United States as chief administrator.[7] The National Archives was incorporated with GSA in 1949; in 1985 it became an independent agency as NARA (National Archives and Records Administration).

In March 2006, it was revealed by the Archivist of the United States in a public hearing that a memorandum of understanding between NARA and various government agencies existed to "reclassify", i.e., withdraw from public access, certain documents in the name of national security, and to do so in a manner such that researchers would not be likely to discover the process (the U.S. reclassification program).[8] An audit indicated that more than one third withdrawn since 1999 did not contain sensitive information.[9] The program was originally scheduled to end in 2007.

In 2011, a retired employee pleaded guilty to stealing original sound recordings from the archives.[11][12][13] Archival Recovery Teams investigate the theft of records.[14]

NARA's holdings are classed into "record groups" reflecting the governmental department or agency from which they originated. Records include paper documents, microfilm, still pictures, motion pictures, and electronic media.

Archival descriptions of the permanent holdings of the federal government in the custody of NARA are stored in the National Archives Catalog.[15] The archival descriptions include information on traditional paper holdings, electronic records, and artifacts.[16] As of December 2012, the catalog consisted of about 10 billion logical data records describing 527,000 artifacts and encompassing 81% of NARA's records.[17] There are also 922,000 digital copies of already digitized materials.[17]

Most records at NARA are in the public domain, as works of the federal government are excluded from copyright protection. However, records from other sources may still be protected by copyright or donor agreements.[18] Executive Order 13526 directs originating agencies to declassify documents if possible before shipment to NARA for long-term storage,[19] but NARA also stores some classified documents until they can be declassified. Its Information Security Oversight Office monitors and sets policy for the U.S. government's security classification system.

Many of NARA's most requested records are frequently used for genealogy research. This includes census records from 1790 to 1940, ships' passenger lists, and naturalization records.

The National Archives Building, known informally as Archives I, located north of the National Mall on Constitution Avenue in Washington, D.C., opened as its original headquarters in 1935. It holds the original copies of the three main formative documents of the United States and its government: the Declaration of Independence, the Constitution, and the Bill of Rights. It also hosts a copy of the 1297 Magna Carta confirmed by Edward I.[20] These are displayed to the public in the main chamber of the National Archives, which is called the Rotunda for the Charters of Freedom. The National Archives Building also exhibits other important American historical documents such as the Louisiana Purchase Treaty, the Emancipation Proclamation, and collections of photography and other historically and culturally significant American artifacts.

Once inside the Rotunda for the Charters of Freedom, there are no lines to see the individual documents and visitors are allowed to walk from document to document as they wish. For over 30 years the National Archives have forbidden flash photography but the advent of cameras with automatic flashes have made the rules increasingly difficult to enforce. As a result, all filming, photographing, and videotaping by the public in the exhibition areas has been prohibited since February 25, 2010.[21] 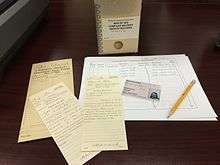 An Innovation Hub provides facilities for the public to access NARA documents and provide metadata.[22] 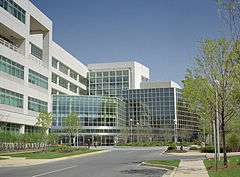 NARA facility near the University of Maryland, College Park

Because of space constraints, NARA opened a second facility, known informally as Archives II, in 1994 near the University of Maryland, College Park campus (8601 Adelphi Road, College Park, MD, 20740-6001). Largely because of this proximity, NARA and the University of Maryland engage in cooperative initiatives.[23] The College Park campus includes an archaeological site that was listed on the National Register of Historic Places in 1996.[24]

The Washington National Records Center (WNRC), located in Suitland, Maryland is a large warehouse type facility which stores federal records which are still under the control of the creating agency. Federal government agencies pay a yearly fee for storage at the facility. In accordance with federal records schedules, documents at WNRC are transferred to the legal custody of the National Archives after a certain point (this usually involves a relocation of the records to College Park). Temporary records at WNRC are either retained for a fee or destroyed after retention times has elapsed. WNRC also offers research services and maintains a small research room.

The National Archives Building in downtown Washington holds record collections such as all existing federal census records, ships' passenger lists, military unit records from the American Revolution to the Philippine–American War, records of the Confederate government, the Freedmen's Bureau records, and pension and land records.

There are also ten Affiliated Archives[25] locations across the U.S. which hold, by formal, written agreement with NARA,[26] accessioned records.

The National Archives at Atlanta facility in Morrow, Georgia

There are facilities across the country with research rooms, archival holdings, and microfilms of documents of federal agencies and courts pertinent to each region.

Libraries and museums have been established for other presidents, but they are not part of the NARA presidential library system, and are operated by private foundations, historical societies, or state governments, including the Abraham Lincoln, Rutherford B. Hayes, William McKinley, Woodrow Wilson and Calvin Coolidge libraries. For example, the Abraham Lincoln Presidential Library and Museum is owned and operated by the state of Illinois. 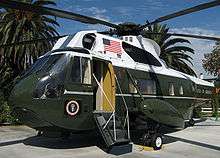 In an effort to make its holdings more widely available and more easily accessible, the National Archives began entering into public–private partnerships in 2006. A joint venture with Google will digitize and offer NARA video online. When announcing the agreement, Archivist Allen Weinstein said that this pilot program is

… an important step for the National Archives to achieve its goal of becoming an archive without walls. Our new strategic plan emphasizes the importance of providing access to records anytime, anywhere. This is one of many initiatives that we are launching to make our goal a reality. For the first time, the public will be able to view this collection of rare and unusual films on the Internet."[42]

On January 10, 2007, the National Archives and Fold3.com (formerly Footnote)[43] launched a pilot project to digitize historic documents from the National Archives holdings. Allen Weinstein explained that this partnership would "allow much greater access to approximately 4.5 million pages of important documents that are currently available only in their original format or on microfilm" and "would also enhance NARA's efforts to preserve its original records."[44]

In July 2007, the National Archives announced it would make its collection of Universal Newsreels from 1929 to 1967 available for purchase through CreateSpace, an Amazon.com subsidiary. During the announcement, Weinstein noted that the agreement would "... reap major benefits for the public-at-large and for the National Archives." Adding, "While the public can come to our College Park, MD research room to view films and even copy them at no charge, this new program will make our holdings much more accessible to millions of people who cannot travel to the Washington, DC area." The agreement also calls for CreateSpace partnership to provide the National Archives with digital reference and preservation copies of the films as part of NARA's preservation program.[45]

In May 2008, the National Archives announced a five-year agreement to digitize selected records including the complete U.S. Federal Census Collection, 1790–1930, passenger lists from 1820–1960 and World War I and World War II draft registration cards.[46] The partnership agreement allows for exclusive use of the digitized records by Ancestry.com for a 5-year embargo period at which point the digital records will be turned over to the National Archives.[47]

The National Archives currently utilizes social media and Web 2.0 technologies in an attempt to communicate better with the public.[48]

On June 18, 2009, the National Archives announced the launching of a YouTube channel "to showcase popular archived films, inform the public about upcoming events around the country, and bring National Archives exhibits to the people."[49] Also in 2009, the National Archives launched a Flickr photostream to share portions of its photographic holdings with the general public.[50] A new teaching with documents website premiered in 2010 and was developed by the education team. The website[51] features 3,000 documents, images, and recordings from the holdings of the Archives. The site also features lesson plans and tools for creating new classroom activities and lessons.

In 2011 the National Archives initiated a Wikiproject on the English Wikipedia to expand collaboration in making its holdings widely available through Wikimedia.