Not to be confused with Eastern Orthodox Church, Church of the East, or Christianity in Asia.

Oriental Orthodoxy, also known as Old Oriental,[1] Anti-Chalcedonian, Pre-Chalcedonian,[2] Non-Chalcedonian,[3] Miaphysite,[3] and Monophysite Christianity,[3][4] is the communion of churches in Eastern Christianity that recognizes only the first three ecumenical councils – the First Council of Nicaea in 325, the First Council of Constantinople in 381 and the Council of Ephesus in 431.[5] This communion is composed of six autocephalous churches: the Armenian Apostolic Church, the Coptic Orthodox Church of Alexandria, the Eritrean Orthodox Tewahedo Church, the Ethiopian Orthodox Tewahedo Church, the Malankara Orthodox Syrian Church, and the Syriac Orthodox Church.[6] Oriental Orthodoxy has approximately 84 million adherents worldwide.

Oriental Orthodox Churches uphold their own ancient ecclesiological traditions of apostolicity (apostolic continuity) and catholicity (universality) of the Church.[7] These churches rejected the Chalcedonian Definition of the Council of Chalcedon in 451 and, one-by-one, slowly discontinued their communion with the churches that recognize the Definition, now known as "Chalcedonians"[8] (represented by Roman Catholicism, Eastern Orthodoxy and Protestantism). The Non-Chalcedonians did not participate in any of the later councils that the Chalcedonians held and recognize as ecumenical: the Second Council of Constantinople in 553, the Third Council of Constantinople in 680, and the Second Council of Nicaea in 787. This eventual bifurcation of communions represents the second and last conciliar-based schism in Nicene Christianity (the first conciliar-based schism being the Nestorian Schism following the First Council of Ephesus of 431, thus forming the Church of the East). Slow dialogue towards restoring communion between Oriental Orthodoxy and the Roman and Greek Churches is underway.[9][10] 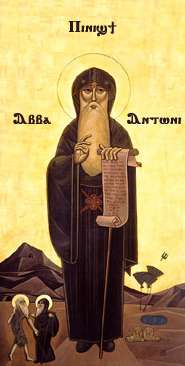 The schism between the Oriental Orthodox and the rest of Christendom occurred in the 5th century. The separation resulted in part from the refusal of Pope Dioscorus I of Alexandria and the other thirteen Egyptian Bishops to accept the Christological dogmas promulgated by the Council of Chalcedon, which held that Jesus is in two natures: one divine and one human. They would accept only "of or from two natures" but not "in two natures".

To the hierarchs who would lead the Oriental Orthodox, the latter phrase was tantamount to accepting Nestorianism, which expressed itself in a terminology incompatible with their understanding of Christology. Nestorianism was understood as seeing Christ in two separate natures, human and divine, each with different actions and experiences; in contrast Cyril of Alexandria advocated the formula "One Nature of God the Incarnate Logos"[11] (or as others translate,[12] "One Incarnate Nature of the Word"), stressing the unity of the incarnation over all other considerations. It is not entirely clear that Nestorius himself was a Nestorian.

The Oriental Orthodox churches were therefore often called "Monophysite", although they reject this label, as it is associated with Eutychian Monophysitism; they prefer the term "Miaphysite". Oriental Orthodox churches reject what they consider to be the heretical Monophysite teachings of Apollinaris of Laodicea and Eutyches, the Dyophysite definition of the Council of Chalcedon and the Antiochene christology of Theodore of Mopsuestia, Nestorius, Theodoret, and Ibas of Edessa.

Christology, although important, was not the only reason for the Alexandrian Church's refusal to accept the declarations of the Council of Chalcedon; political, ecclesiastical and imperial issues were hotly debated during that period.

Justin ordered the replacement of all non-Chalcedonian bishops, including the patriarchs of Antioch and Alexandria. The extent of the influence of the Bishop of Rome in this demand has been a matter of debate. Justinian I also attempted to bring those monks who still rejected the decision of the Council of Chalcedon into communion with the greater church. The exact time of this event is unknown, but it is believed to have been between 535 and 548.

St Abraham of Farshut was summoned to Constantinople and he chose to bring with him four monks. Upon arrival, Justinian summoned them and informed them that they would either accept the decision of the Council or lose their positions. Abraham refused to entertain the idea. Theodora tried to persuade Justinian to change his mind, seemingly to no avail. Abraham himself stated in a letter to his monks that he preferred to remain in exile rather than subscribe to a faith which he believed to be contrary to that of Athanasius of Alexandria.

By the 20th century the Chalcedonian schism was not seen with the same importance, and from several meetings between the authorities of the Holy See and the Oriental Orthodoxy, reconciling declarations emerged in the common statement of Syriac Patriarch Mar Ignatius Zakka I Iwas and the Roman Pope John Paul II in 1984.

The confusions and schisms that occurred between their Churches in the later centuries, they realize today, in no way affect or touch the substance of their faith, since these arose only because of differences in terminology and culture and in the various formulae adopted by different theological schools to express the same matter. Accordingly, we find today no real basis for the sad divisions and schisms that subsequently arose between us concerning the doctrine of Incarnation. In words and life we confess the true doctrine concerning Christ our Lord, notwithstanding the differences in interpretation of such a doctrine which arose at the time of the Council of Chalcedon.[14]

According to the canons of the Oriental Orthodox Churches, the four bishops of Rome, Constantinople, Alexandria and Antioch were all given status as Patriarchs; in other words, the ancient apostolic centres of Christianity, by the First Council of Nicaea (predating the schism)—each of the four patriarchs was responsible for those bishops and churches within his own area of the Universal Church. Thus, the Bishop of Rome has always been held by the others to be fully sovereign within his own area, as well as "First-Among-Equals", due to the traditional belief that the Apostles Saint Peter and Saint Paul were martyred in Rome.

The technical reason for the schism was that the bishops of Rome and Constantinople excommunicated the non-Chalcedonian bishops in 451 for refusing to accept the "in two natures" teaching, thus declaring them to be out of communion.

The highest office in Oriental Orthodoxy is that of Patriarch. There are Patriarchs within the local Oriental Orthodox communities of the Armenian, Coptic, Eritrean, Ethiopian, Syriac, and Indian (Malankara) Orthodox Churches. The title of Pope, as used by the leading bishop of the Coptic Church, has the meaning of "Father" and is not a jurisdictional title. However, the Coptic Pope holds the honor of being "first among equals", as the Ecumenical Patriarch does among the Eastern Orthodox, and as such he functions as the president of pan-jurisdictional gatherings of the Oriental Orthodox.

Further information: List of Christian denominations by number of members

According to the Encyclopedia of Religion, Oriental Orthodoxy is "the most important in terms of the number of faithful living in the Middle East," which, along with other Eastern Christian communions, represent an autochthonous Christian presence whose origins date further back than the birth and spread of Islam in the Middle East."[15] It is the dominant religion in Armenia (94%), the ethnically Armenian unrecognized Nagorno-Karabakh Republic (95%) internationally viewed as part of Azerbaijan,[16][17] and in Ethiopia (43%, the total Christian population being 62%), especially in two regions in Ethiopia: Amhara (82%) and Tigray (96%), as well as the chartered city of Addis Ababa (75%).[18] It is also one of two dominant religions in Eritrea (50%).

Also of particular importance of Oriental orthodoxy churches are the Armenian Patriarchate of Constantinople in Turkey and the Armenian Apostolic Church of Iran. These oriental Orthodoxy churches represent the largest Christian minority in both of these predominantly Muslim countries, Turkey[21][22] and Iran.[23]

In recent years, several hundred thousand former Protestants have converted and joined the Syriac Orthodox Church in Guatemala and to a lesser degree in Brazil and Venezuela. 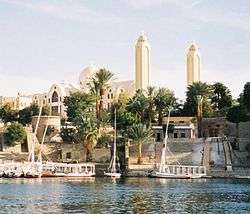 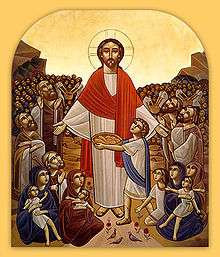 There are numerous ongoing internal disputes within the Oriental Orthodox Churches. These disputes result in lesser or greater degrees of impaired communion.

The division between the two Sees intensified during the Soviet period. By some Western Bishops and clergy the Holy See of Etchmiadzin was seen as a captive Communist puppet. Sympathizers of this established congregations independent of Etchmiadzin, declaring loyalty instead to the See based in Antelias in Lebanon. The division was formalized in 1956 when the Antelias (Cilician) See broke away from the Etchmiadzin See. Though recognising the supremacy of the Catholicos of All Armenians, the Catholicos of Cilicia administers the clergy and dioceses independently. The dispute, however, has not at all caused a breach in communion between the two churches.

In 1992, following the abdication of Abune Merkorios and election of Abune Paulos, some Ethiopian Orthodox bishops in the United States maintained that the new election was invalid, and declared their independence from the Addis Ababa administration.[25]

Indians who follow the Oriental Orthodox faith belong to two factions, the Malankara Orthodox Syrian Church and the Malankara Jacobite Syrian Orthodox Church. The latter is the name of the autonomous body of the Syriac Orthodox Church in India. It is also known as the Bava Kakshi (Patriarch's faction) or the Syriac jacobite Orthodox Church of Malankara. The local Episcopal synod is led by a maphriana Catholicos of India. This Catholicos is ordained by and accountable to the Patriarch of the Syriac Orthodox Church. The Patriarch holds both temporal and spiritual control where the Catholicate has jurisdiction, however restricts exercising temporal power due to the nature of affairs and independent history of the church.

The former, the Malankara Orthodox Syrian Church, also known as the Metran Kakshi or the Indian Orthodox faction, is autocephalous; however, it accepts the Patriarch of Antioch as its spiritual head with no temporal powers. It is headed by the Catholicos of the East and Malankara Metropolitan. it is not a part of antiochian orthodox church.

The two churches were united before 1912 and again from 1958 after reconciliation efforts but again separated in 1975.

There are many overlapping ecclesiastical jurisdictions in India, mostly with a Syriac liturgical heritage centered in the state of Kerala. The autonomous (Malankara) Jacobite Syrian Christian Church, which comes under the Syriac Orthodox Church, is quite often confused with the autocephalous Malankara Orthodox Syrian Church as the latter uses a similar name.