This article is about the Christian philosophy. For other uses, see Quietism (disambiguation).

Quietism is the name given (especially in Roman Catholic Church theology) to a set of Christian beliefs that rose in popularity in France, Italy, and Spain during the late 1670s and 1680s, were particularly associated with the writings of Miguel de Molinos (and subsequently François Malaval and Madame Guyon), and which were condemned as heresy by Pope Innocent XI in the papal bull Coelestis Pastor of 1687. The “Quietist” heresy was seen to consist of wrongly elevating ‘contemplation’ over ‘meditation’, intellectual stillness over vocal prayer, and interior passivity over pious action in an account of mystical prayer, spiritual growth and union with God (one in which, the accusation ran, there existed the possibility of achieving a sinless state and union with the Christian Godhead).

Since the late seventeenth century, “Quietism” has functioned (especially within Roman Catholic theology, though also to an extent within Protestant theology), as the shorthand for accounts which are perceived to fall foul of the same theological errors, and thus to be heretical. As such, the term has come to be applied to beliefs far outside its original context. The term quietism was not used until the 17th century, so some writers have dubbed the expression of such errors before this era as ‘pre-quietism’.[1]

Although both Molinos and other authors condemned in the late seventeenth century, as well as their opponents, spoke of the Quietists (in other words, those who were devoted to the ‘prayer of quiet’, an expression used by Teresa of Avila, John of the Cross and others), ‘Quietism’ was a creation of its opponents, a somewhat artificial systematisation made on the basis of ecclesiastical condemnations and commentary upon them. No single author, even Molinos (generally seen as the main representative of Quietist thought) advocated all the positions that formed the Quietism of later Catholic doctrinal textbooks – as such, at least one author suggests that it is better to speak of a Quietist tendency or orientation, one which may be located in analogous forms through Christian history.[2]

The key components of Quietism, as it has traditionally been characterised, are that man's highest perfection consists of a self-annihilation, and subsequent absorption, of the soul into the Divine, even during the present life. In this way, the mind is withdrawn from worldly interests to passively and constantly contemplate God. Quietists would say that the Bible describes the man of God as a man of the tent and the altar only, having no part or interest in the multitudinous affairs, pursuits, and pleasures of the world system.

Quietists were so called from a kind of absolute rest and inaction, which they supposed the soul to be in when arrived at that state of perfection which they called the unitive life; in which state, they imagined the soul wholly employed in contemplating its God, to Whose influence it was entirely submissive, so that He could turn and drive it where and how He would. In this state, the soul no longer needs prayers, hymns, etc. being laid, as it were, in the bosom, and between the arms of God, in Whom it is in a manner swallowed up. 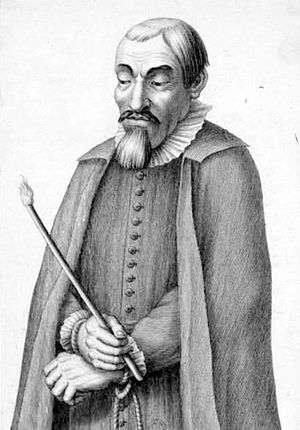 Quietism is particularly associated with Miguel de Molinos, referred to by the Catholic Encyclopedia as the "founder" of Quietism. Molinos and the doctrines of quietism were finally condemned by Pope Innocent XI in the Bull Coelestis Pastor of 1687. Molinos was imprisoned in the Castel Sant'Angelo, where he died in 1696.

Quietism spread among Roman Catholicism through small groups into France. Here it was also influenced by the thought of François de Sales, with his emphasis on pure love resulting from spiritual practice. The most noted representative was Mme Guyon, especially with her work ‘’A Short and Easy Method of Prayer’’, who claimed not to have known the teaching of Molinos directly, but certainly did have contact with François Malaval, a proponent of Molinos.

Madame Guyon won an influential convert at the court of Louis XIV in Madame de Maintenon, and influenced the circle of devout Catholics in the court for a time. She was also a spiritual counsellor to Archbishop Fénelon of Cambrai. A commission in France found most of Madame Guyon’s works intolerable and the government confined her, first in a convent, then in the Bastille, leading eventually to her exile to Blois in 1703.[3]

In 1699, after Fénelon’s spirited defense in a press war with Bossuet, Pope Innocent XII prohibited the circulation of Fénelon’s Maxims of the Saints, to which Fénelon submitted at once. The inquisition's proceedings against remaining quietists in Italy lasted until the eighteenth century.

It is possible to isolate similar tendencies (and similar concerns from the accusers) as those condemned in the seventeenth century “Quietist” controversy in earlier periods.

In classical philosophy, the state of imperturbable serenity or ataraxia was seen as a desirable state of mind by Epicurus, Pyrrhonian, and the Stoic philosophers alike, and by their Roman followers, such as the emperor Marcus Aurelius.

In the Eastern Orthodox Church, an analogous dispute might be located in Hesychasm in which "the supreme aim of life on earth is the contemplation of the uncreated light whereby man is intimately united with God".[4]

In early Christianity, suspicion over forms of mystical teaching may be seen as controversies over Gnosticism in the second and third centuries, and over the Messalian heresy in the fourth and fifth centuries.[2]

The Cathars’ denial of the need for sacerdotal rites has been perceived as a form of quietism. Likewise, the twelfth and thirteenth-century Brethren of the Free Spirit, Beguines and Beghards were all accused of holding beliefs with similarities to those condemned in the Quietist controversy.[5] Among the ideas seen as errors and condemned by the Council of Vienne (1311–12) are the propositions that humankind in the present life can attain such a degree of perfection as to become utterly sinless; that the "perfect" have no need to fast or pray, but may freely grant the body whatsoever it craves (a tacit reference to the Cathars or Albigenses of southern France and Catalonia), and that they are not subject to any human authority or bound by the precepts of the Church. Similar assertions of individual autonomy on the part of the Fraticelli led to their condemnation by John XXII in 1317.

The condemnation of the errors of Meister Eckhart in 1329 may also be seen as an instance of an analogous concern in Christian history. Eckhart’s assertions that we are totally transformed into God just as in the sacrament the bread is changed into the body of Christ (see transubstantiation) and the value of internal actions, which are wrought by the Godhead abiding within us, have often been linked to later Quietist heresies.

In early sixteenth century Spain, concern over a set of beliefs held by those known as alumbrados raised similar concerns to those of Quietism. These concerns continued into the mid-sixteenth century, and the writings of Teresa of Avila and John of the Cross. Both were very active reformers and both cautioned against a simple-minded "don't think anything" (no pensar nada) approach to meditation and contemplation; further, both acknowledged the authority of the Catholic Church and did not oppose its teaching concerning contemplative prayer. Thus, their work was not condemned as heresy, being consistent with Church teaching. This did not stop John’s work, however, coming under suspicion after his death; the fact he was not canonised until 1726 is largely due to seventeenth-century suspicions of beliefs similar to those termed ‘Quietist’ later in the century.

George Fox came to the conclusion that the only real spirituality was achieved by paying attention to the Holy Spirit (the godhead) through silence, and founded the Quaker movement on this basis – one which shared much resemblance with ‘Quietist’ thought. Quietist thinking was also influential among the British Quakers of the later 19th century, when the tract A Reasonable Faith, by Three Friends (William Pollard, Francis Frith and W. E. Turner (1884 and 1886)) caused sharp controversy with evangelicals in the society.

The Capuchin friar Benet Canfield (1562–1611), an English Catholic living in Belgium, espoused quietism in a tract called Way of Perfection, on deep prayer and meditation.[6]