Edward Robert Lytton Bulwer-Lytton, 1st Earl of Lytton GCB GCSI GCIE PC (8 November 1831 – 24 November 1891) was an English statesman and poet. He served as Viceroy of India between 1876 and 1880, during which time Queen Victoria was proclaimed Empress of India.

An accomplished and popular diplomat, Lytton was afforded the rare tribute - especially for an Englishman - of a state funeral in Paris, although as Viceroy of India he has been criticised for his handling of the Great Famine of 1876–78 and the Second Anglo-Afghan War. His son Victor Bulwer-Lytton, 2nd Earl of Lytton, who was born in India, returned as Governor of Bengal and was briefly acting Viceroy.

He was a son of the novelists Edward Bulwer-Lytton, 1st Baron Lytton and Rosina Doyle Wheeler (the daughter of the early women's rights advocate Anna Wheeler). His parents split up when he was a small boy, and the separation was acrimonious. His mother, who under the laws of the time lost access to her children, caricatured his father in 1839 novel Cheveley, or the Man of Honour. (See Women in the Victorian era.) Many years later, when he was a young man, his father had his mother placed under restraint as insane, which led to public outcry and her liberation a few weeks later. She chronicled this in her memoirs.[1][2]

He was educated at Harrow School and at the University of Bonn.

In 1849 he entered the Diplomatic Service, aged 18, when he was appointed as attaché (private secretary) to his uncle, Sir Henry Bulwer, who was Minister at Washington, DC.[3] It was at this time he met Henry Clay and Daniel Webster.[3] He began his salaried diplomatic career in 1852 as an attaché to Florence, followed by Paris in 1854 and The Hague in 1856 .[3] In 1858 he was transferred to St Petersburg, Constantinople and Vienna.[3] In 1860 he was appointed British Consul General at Belgrade.[3]

In 1862 Lytton was promoted to Second Secretary in Vienna, but his success in Belgrade led to Lord Russell appointing him Secretary of the Legation at Copenhagen in 1863. During this time he twice acted as Chargé d'Affaires in the Schleswig-Holstein conflict.[3] In 1864 he was transferred to the Greek court to advise the young Danish Prince. In 1865 he advanced to Lisbon where he concluded a major commercial treaty with Portugal.[3]

After an appointment to Madrid he became Secretary to the Embassy at Vienna and, in 1872, Paris.[3] By 1874 he was appointed British Minister Plenipotentiary at Lisbon where he remained until being appointed Governor General and Viceroy of India in 1876.[3] 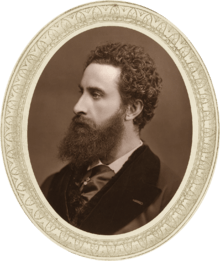 The Delhi Durbar of 1877 at Coronation Park. The Viceroy of India, Lord Edward Lytton is seated on the dais to the left.

Midway on his journey [to India] he met, by prearrangement, in Egypt, the Prince of Wales, then returning from his tour through India. Immediately on his arrival in Calcutta he was sworn in as Governor General and Viceroy, and on 1 January 1877, surrounded by all the Princes of Hindustan, he presided at a spectacular ceremony on the plains of Delhi, which marked the Proclamation of her Majesty, Queen Victoria, as Empress of India. After this the Queen conferred upon him the honor of the Grand Cross of the civil division of the Order of the Bath. In 1879 an attempt was made to assassinate Lord Lytton, but he escaped uninjured. The principal event of his viceroyalty was the Afghan war. (New York Times 1891.[3])

In 1877, Lord Lytton convened a durbar (imperial assembly) in Delhi which was attended by around 84,000 people including princes and title holders. In 1878, he promulgated the Vernacular Press Act, which empowered him to confiscate the press and paper of a local language newspaper publishing 'seditious material'. The act resulted in public outcry in Calcutta led by the Indian Association and Surendranath Banerjee.

His son-in-law, and one of Britain's most outstanding architects, Edwin Lutyens, played a major role in the creation of New Delhi.

Lord Lytton arrived as Viceroy of India in 1876. In the same year, a famine broke out in south India which claimed between 6.1 million and 10.3 million people.[4]

His implementation of Britain's trading policy has been blamed for increasing the severity of the famine.[4] Critics have further attested that Lytton's belief in Social Darwinism regards the plight of the starving and dying Indians.

Britain was deeply concerned throughout the 1870s about Russian attempts to increase its influence in Afghanistan, which provided a Central Asian buffer state between the Russia Empire and British India. In September 1878, Lytton sent an emissary to Afghanistan who was refused entry. The Amir of Afghanistan, Sher Ali Khan, was perceived at this point to have sided with Russia above Britain. Considering himself left with no real alternative, in November 1878, Lytton ordered an invasion which sparked the Second Anglo-Afghan War. Britain won virtually all the major battles of this war, and in the final settlement, the Treaty of Gandamak, saw a government installed which was both by personality and law receptive to British demands; however, the human and material costs and relative brutality of the brief guerilla war (the war resulted in great loss of life on all sides, including civilians) became major issues in the defeat of Disraeli's Conservative government by Gladstone's Liberals in 1880.[5]

The war was seen at the time as an ignominious but barely acceptable end to the "Great Game", closing a long chapter of conflict with the Russian Empire without even a proxy engagement. The Pyrrhic victory of British arms in India was a quiet embarrassment which played a small but critical role in the nascent scramble for Africa; in this way, Lytton and his war helped shape the contours of the 20th century in dramatic and unexpected ways. Lytton resigned with the Tory government, the last Viceroy of India to govern an open frontier.

Politics and return to diplomatic career

In 1880 he resigned his Viceroyalty simultaneously with the Prime Minister Benjamin Disraeli, and was created Earl of Lytton, in the County of Derby, and Viscount Knebworth, of Knebworth in the County of Hertford.[3] On 10 January 1881, Lytton made his maiden speech in the House of Lords, in which he joined others in attacking Gladstone's Afghan policy. In the summer session of 1881, he joined others in opposing Gladstone's second Irish Land Bill.[6] As soon as the summer session was over, he undertook "a solitary ramble about the country. He visited Oxford for the first time, went for a trip on the Thames, and then revisited the hydropathic establishment at Malvern, where he had been with his father as a boy".[7] He saw this as an antidote to the otherwise indulgent lifestyle that came with his career, and used his sojourn there to undertake a critique of a new volume of poetry by his old friend Wilfrid Blunt.[8] In 1887 he was appointed Ambassador to Paris,[3] after the post was made vacant by the resignation of Lord Lyons. Having previously expressed an interest in the post, Lytton accepted, finding himself "once more back in his old profession".[9]

Lord Lytton died in Paris on 24 November 1891, where he was given the rare honour of a state funeral. His body was then brought back for interment in the private family mausoleum in Knebworth Park.

A permanent exhibition in Knebworth House, Hertfordshire, is dedicated to his diplomatic service in India.

His writings as "Owen Meredith" 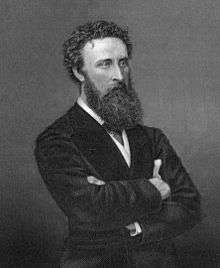 The Rt Hon. The Lord Lytton

When Lytton was twenty-five years old, he published in London a volume of poems under the name of Owen Meredith. He went on to publish several other volumes under the same name. The most popular one is "Lucile", a story in verse published in 1860. Although not much read today, his poetry was extremely popular in his own day. His facility with verse was extraordinary and he was a great experimenter with form, although possibly to the detriment of finding his own style. Some of his best work is very beautiful, and much of it is of a melancholy nature, as this short extract from a poem called "A Soul's Loss" shows, where the poet bids farewell to a lover who has betrayed him:

Child, I have no lips to chide thee./ Take the blessing of a heart/ (Never more to beat beside thee!)/ Which in blessing breaks. Depart./ Farewell! I that deified thee/ Dare not question what thou art.

Lytton was highly thought of by other literary personalities of the day and Oscar Wilde dedicated his play Lady Windermere's Fan to him.

On 4 October 1864 Lytton married Edith Villiers. She was the daughter of Edward Ernest Villiers (1806–1843) and Elizabeth Charlotte Liddell and the granddaughter of George Villiers.[10] In 1897, she was one of the guests at the Duchess of Devonshire’s Diamond Jubilee Costume Ball.[11]

They had at least seven children: