Skåneland (Swedish) or Skånelandene (Danish) is a region on the southern Scandinavian peninsula. It includes the Swedish provinces of Blekinge, Halland and Scania. The Danish island of Bornholm is sometimes also included.[1] Skåneland has no official recognition or function and the term is not in common usage. Equivalent terms in English and Latin are "the Scanian provinces" and "Terrae Scaniae" respectively.

The provinces making up Skåneland were part of Denmark from at least the 9th century,[2] sometimes referred to as the "Eastern Provinces"; since a 12th-century civil war, Denmark has been a kingdom with a single king.[3] The provinces were part of the territory ceded to Sweden in 1658 under the Treaty of Roskilde, but after an uprising on Bornholm, that island was returned to Denmark in 1660, under the Treaty of Copenhagen. The last (and thereby current) peace treaty between Sweden and Denmark, of which Skåneland is a main issue, was signed on 3 July 1720 in Stockholm.[4]

The name Skåneland is first recorded in print in the year 1719 [5] It is unclear what area is meant. Later (1751) Carl Linnaeus uses it, meaning the province of Scania.[6] The modern use of the denomination as a short form for De skånska landskapen ("The Scanian provinces"), for the combined area of the provinces of Blekinge, Halland and Scania, was launched by the Swedish historian and Scandinavist Martin Weibull in Samlingar till Skånes historia (six volumes) 1868-73 in order to illuminate the common Danish history of Scania, Blekinge, and Halland.

The term is mostly used in historical contexts and not in daily speech. In Danish, Skånelandene is used more often. The terms have no political implications as the region is not a geopolitical entity but a cultural region, without officially established political borders. In some circumstances, the term Skåneland, as opposed to the terms Skånelandskapen and Skånelandene, can also be used as a figure of speech for the province Scania.

Weibull used the term as a combined term for the four provinces where the Scanian Law had its jurisdiction, as well as the area of the archdiocese of Lund until the Reformation in 1536, later the Danish Lutheran diocese of Lund. This form of Skåneland was then used in the regional historical periodical Historisk tidskrift för Skåneland, beginning in 1901, published by Martin's son, Lauritz Weibull.[7]

An earlier administrative and political function of the area was to serve as a core area for one of the three provincial things that together elected the king of Denmark. The first Danish administrative sub-divisioning occurred as part of the centralization process, when the area became divided into administrative units called hundreds (herreder in Danish). The hundreds were possibly based on older, already existing units,[8] but the establishment of the new form of hundreds was prompted by an increase in royal power during the High Middle Ages. These differed from the provincial thing areas in that they were not local communities joined under a governing assembly but top-down regional divisions established to ensure royal authority. These medieval Danish hundreds were used to implement military obligations and to expedite the collection of renders due to the king in the provinces. They were first established in Jutland, where they replaced previous administrative units called syssel. According to some scholars, they were introduced in Skåneland possibly as early as the 11th century.[9]

In the 13th century, a new fiscal system was introduced and the hundreds were gradually included into larger administrative units called len, with a castle serving as the administrative center. This new administrative development was a result of the increased power of the aristocracy. In each len, a noble man was put in charge, with the title lensmand.[10]

Each of the four provinces of Skåneland had representation in the Scanian Thing, which, along with the other two Things of the Danish state (Jutland and Zealand), elected the Danish king.

The four Scanian provinces were joined under the jurisdiction of the Scanian Law, dated 1200–1216,[11] the oldest Nordic provincial law. In the chapter "Constitutional history" in Danish Medieval History, New Currents, the three provincial Things are described as being the legal authority that instituted changes suggested by the elected king. The suggestions for changes submitted by the king had to be approved by the three Things before being passed into law in the Danish state.[3]

Skåneland is strictly a historic and cultural region. The name has long appeared as a term used in historical contexts in a variety of sources.[12] The southern part of Sweden, including Skåneland, is considered to be included in Götaland, one of three historic "lands of Sweden". The "land" Götaland bears the same name used for the historic province Götaland (a province referred to as "Gothia" on the 17th-century maps); the inclusion of Skåneland is described as "historically inaccurate" by the Swedish Nationalencyklopedin.[13]

There are a number of minor organisations promoting the use of the term, mainly active online, e.g. Föreningen Skånelands Framtid [15] or Skåneländsk Samling,[16] Skåneland Football Federation [17] and Stiftelsen Skåneländska Flaggans Dag.[18]

The private foundation Stiftelsen Skånsk Framtid ("foundation for a Scanian future").[19] was a member of the Unrepresented Nations and Peoples Organization (UNPO) 1993-2011, representing Skåneland under the name of Scania. 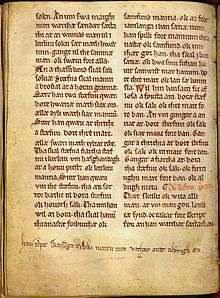 The earliest Danish historians, writing in the 12th and 13th century, believed that the Danish Kingdom had existed since king Dan, in a distant past. Eighth century sources mention the existence of Denmark as a kingdom. According to 9th century Frankish sources, by the early 9th century many of the chieftains in the south of Scandinavia acknowledged Danish kings as their overlords, though kingdom(s) were very loose confederations of lords until the last couple medieval centuries saw some increased centralization. The west and south coast of modern Sweden was so effectively part of the Danish realm that the said area (and not the today Denmark) was known as "Denmark" (literally the frontier of the Daner).[20][21] Svend Estridsen (King of Denmark 1047 – ca. 1074), who may have been from Scania himself, is often referred to as the king who along with his dynasty established Scania as an integral, and sometimes the more important, part of Denmark.

When the Kalmar Union was formed in 1397, the union was administered from Copenhagen. By 1471 Sweden rebelled under Sture family leadership. In 1503, when Sten Sture the Elder died, eastern Sweden’s independence from Denmark had been established.[22]

In 1600 Denmark controlled virtually all land bordering on Skagerrak, Kattegat, and the Sound. The current Swedish provinces of Skåne, Blekinge and Halland were Danish and the province of Båhuslen was Norwegian. Skåneland became the site of harsh fighting, especially in the 16th, 17th and 18th century, as Denmark and Sweden confronted each other for control of the Baltic.[23][24][25][26][27] 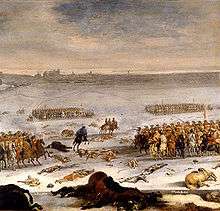 Painting by Swedish-German artist Johan Philip Lemke of the 1676 Battle of Lund during the Scanian War, the bloodiest battle ever fought between Denmark and Sweden

Vilhelm Moberg, in his history of the Swedish people, provides a thoughtful discussion of the atrocities which were committed by both sides in the struggle over the border provinces, and identified them as the source of propaganda to inflame the peoples' passions to continue the struggle. These lopsided representations were incorporated into history text books on the respective sides. As an example, Moberg compares the history texts he grew up with in Sweden which represented the Swedish soldier as ever pure and honorable to a letter written by Gustavus Adolphus celebrating the 24 Scanian parishes he had helped level by fire, with the troops encouraged to rape and murder the population at will, behavior that may well have been mirrored equally on the Danish side. Skåneland was a rather unpleasant place to dwell for an extended period.[28] 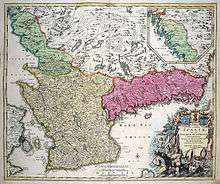 Following the Treaty of Roskilde in 1658 – but in direct contradiction of its terms – the Swedish government in 1683 demanded that the leading social groups of Skåneland accept Swedish customs and laws. Swedish became the only language permitted in Church liturgy and in schools, religious literature in Danish was banned, and all appointed politicians and priests were required to be Swedish. However the last Danish bishop, Peder Winstrup remained in charge of the Diocese of Lund until his death in 1679. To promote further Swedish assimilation, the University of Lund was inaugurated in 1666; the inhabitants of Scania were not allowed to enroll in Copenhagen University until the 19th century.[30]

The population initially opposed the Swedish reforms, as can be ascertained from church records and court transcripts. The Swedes did encounter civil revolts in many areas, including the Göinge district, in dense forest regions of northern Scania. The Swedish authorities resorted to extreme measures against the 17th-century rebels who were described as snapphanar, a term used for raiding enemy soldiers or bandits.. The punishments included the use of impalement breaking on the wheel, as well as the nailing of bodies to church doors. In that way, it could take four to five days before the victim died.[31]

The transformation of age-old customs, commerce and administration to the Swedish model could not be effected quickly or easily. In the first fifty years of the transition, the treatment of the population was quite harsh. Denmark made several attempts to recapture the territories, the last in 1710, but ultimately conceded the territories as lost.[23]

In 1658, shortly after the Swedish general Printzenskiöld was sent to Bornholm to start the assimilation process, the population of Bornholm rebelled. Led by Jens Kofoed and Poul Anker, the rebellion formed in the town of Hasle, north of the largest city, Rønne. Before the rebel army reached the Swedish headquarters in Rønne, Printzenskiold was shot by Willum Clausen in the street of Sølvgade, in central Rønne. The Swedish fled the island as a result of the confusion and fear amongst the conscripts; Jens Kofoed installed an intermediate rule and sent a message to King Frederick III of Denmark that Bornholm had liberated itself, and wished to return to Danish rule. This was confirmed in the 1660 peace settlement between Denmark and Sweden.[32][33]

The last Swedish assault on the civilian population occurred as late as 15. June 1811, when Swedish military killed "around 30" and wounded "around 60" peasants in Klågerup. The Swedish army units also arrested 395 people of which 2 became beheaded at "Stortorget" (a square) in Malmö at 4. November 1811 [34]

Sweden appointed a Governor General, who in addition to having the highest authority of the government, also was the highest military officer. The first to hold the post of Governor General was Gustaf Otto Stenbock, between 1658 and 1664.[35] His residence was in the largest city, Malmö.

The office of Governor General was abandoned in 1669, deemed unnecessary. However, when the Scanian War erupted in 1675, the office was reinstated, and Fabian von Fersen held the office between 1675 and 1677, when he died in the defence of Malmö.

He was replaced by Rutger von Ascheberg, in 1680, who held it to his death in 1693. It was during Ascheberg's time in office that the stricter policy of Swedification was initiated, as a reaction to the threats of war and possible Danish repossession.

Following the death of Ascheberg, the Governor Generalship was dismantled into a separate county governor for each of the Swedish provinces Blekinge, Halland and Scania. However, a Governor Generalship was reinstated in the province of Scania during the Napoleonic War, when Johan Christopher Toll became the last Governor-General in the region, a post he held 1801–09.

The complete history of Skåneland was not taught for a long time in schools in Skåneland, especially during periods with the immediate threat of revolt. Instead a Swedish-centric history was taught, and the Scanian history before 1658, for instance concerning the list of monarchs, was disregarded as a component of Danish history. In reaction, a movement began in the late 19th century to revive awareness of the history and culture of Skåneland. The renewed focus resulted in the publication of several books about Scanian history.[30]