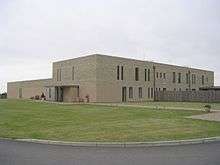 Stanbrook Abbey is an abbey originally built as a contemplative house for Benedictine nuns. It was founded in 1625 in Cambrai, Flanders, then part of the Spanish Netherlands, under the auspices of the English Benedictine Congregation.[1] After being deprived of their abbey during the French Revolution the surviving nuns fled to England and in 1838 settled in Stanbrook, Worcestershire, where a new abbey was built. The English Benedictine congregation later re-located to Wass in the North York Moors National Park. The Worcestershire property is currently operational as an events venue, and is owned by Clarenco LLP.

The chief foundress was 17-year-old Helen More, professed as Sister Gertrude More, who was great-great-granddaughter of St Thomas More; her father, Cresacre More, provided the original endowment for the foundation of the monastery. She eventually became Dame Gertrude More. The English Benedictine mystical writer Dom Augustine Baker trained the young nuns in a tradition of contemplative prayer which survives to the present (as of 2007). Solemnly professed Benedictine nuns are always called "Dame", as Benedictine monks are called "Dom". They are not Dames Commander of the Order of the British Empire.

The initial abbey buildings in Worcestershire of 1838 were designed by Charles Day, an architect from Worcester, who also designed St Francis Xavier Church, Hereford. The abbey church and cloisters of 1869-71 were completed to the designs of Edward Welby Pugin in Gothic Revival style and the Holy Thorn Chapel of 1885-86 was by Peter Paul Pugin.[2] 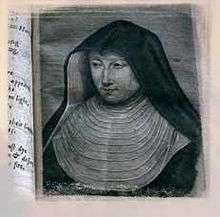 As of 2002 the community numbered 28 professed nuns and two postulants. About 120 lay people, known as oblates, are associated with the monastery.

The community announced in April 2002 that it would be moving. Abbess Joanna Jamieson made the announcement that the Abbey would move from its Victorian abbey, with its 79,000 sq ft (7,300 m2). of monastic buildings 'to make the best use of its human and financial resources'. The Abbey looked at possible sites all over the country until it bought Crief Farm at Wass in the North York Moors National Park. Construction of the new monastery began on 18 June 2007. The building work will be completed in four distinct phases. The community moved into this new Stanbrook Abbey in Wass on 21 May 2009.[3]

The new abbey buildings in Yorkshire, by Feilden Clegg Bradley Studios, were given a RIBA National Award in 2016.[4][5]

In August 2010 the Grade II-listed[2] Worcestershire property was sold to Clarenco LLP and, after refurbishment, is now an events venue and hotel.[6][7]

Previous abbesses include (in alphabetical order):