The Texas A&M–Kingsville Javelinas (/ˌhɑːvəˈliːnə/ HAH-və-LEE-nə) are the athletic teams that represent Texas A&M University–Kingsville (TAMUK). Some of the women's athletic teams use the name "Lady Javelinas;" however, the school's other teams use the "Javelina" name. The school's athletic program fields teams in 11 varsity sports and numerous club and intramural sports. The Javelina serves as the mascot representing the teams, and the school colors are blue and gold.

Texas A&M-Kingsville participates in the NCAA Division II and is a longtime member of the Lone Star Conference (LSC). The teams compete as members of the LSC South Division.

Texas A&M–Kingsville has a rich and storied sports history. From the establishment of the university as "South Texas State Teachers College" in 1925, the university embraced athletic competition. That year, the students of the school chose the "javelina" as a mascot – the only college or university in the world to do so.[2]

Often incorrectly associated a wild pig, a javelina is actually a ferocious creature that shares more in common with a coyote than a pig. Once provoked, a javelina will often viciously and tenaciously fight any perceived threat, as demonstrated when the school's first president, Dr. Robert Cousins, discovered in 1929. After suffering an attack by one of the three mascots javelinas on the campus, Dr. Cousins stated that the creature stands for a symbol of the character of the school's students.[2][3]

The first varsity letters were awarded to fifteen members of the Javelina football team in December 1925.[4] By the time of the school's first name change (to "Texas College of Arts and Industries") in 1929, the school participated in a wide array of sports, including football, baseball, men and women's basketball and men and women's track and field.

Today, the school competes in eleven NCAA varsity sports and has gained recognition around the country for its ability to compete on a regional and national level. The school has a rich history of athletes who have moved on to national and international competition in the Olympic Games as well as various professional sport leagues.

The Javelinas are members of the NCAA

The Javelinas compete in the following varsity sports:

The university also offers various club and intramural sports. Participation in these activities by individual students and clubs in the university is highly encouraged.[5][6]

Since the school was established 1925, football has been the most popular sport on campus.

In early (1929), the school joined the original Texas Intercollegiate Athletic Association (T.I.A.A.). By the time that T.I.A.A. folded, the "Fighting Javelinas" had won two football championships.[7] Following this, the school competed independently for several years. They moved from competing with junior colleges and teachers colleges to competing against larger schools throughout the state. One highlight of this period included a football game that pitted the Javelinas against the Aggies of Texas A&M at Kyle Field in College Station. The Javelinas led the game until the Aggies tied the game at 14 with three minutes left to play. The game ended in a tie. However, the Javelinas demonstrated that they could hold their own with a large football powerhouse. This further substantiated the team's nickname as "the toughest little team in the nation."[8][9]

After the Lone Star Conference joined the National Collegiate Athletic Association's Division II in 1980, the Javelinas continued their conference, regional and national success. Just a year after the university changed its name to Texas A&M University-Kingsville, the Javelinas played in the 1994 NCAA Division II National Football Championship, only to lose to the University of North Alabama by a score of 16–10. While a NCAA D2 National Championship remains allusive, the Javelinas continuously remained nationally ranked football team poised to challenge for an elusive title.[11][12][13][15][16]

The storied success of the Javelina Football team has led many writers and recruiters to dub the school a "football factory."[17][18] More than 150 athletes from Javelina football teams have gone on to play professional football, and more than 50 of these were draft picks in the NFL Draft – more than any other school in either the NAIA or NCAA Division II. As a result, many athletes choose to play for Texas A&M University-Kingsville simply for the opportunity to shine on a national stage.[17][19][20][21]

Baseball began as a competitive team sport at the school in 1926. As the national pastime, it was immediately popular amongst the students, faculty and administration. Unfortunately, the vast distance between schools and the limited amount of teams with baseball programs made it difficult to justify the enormous cost to the new school. To much chagrin, the school discontinued the program in 1930.[4]

In 1990, Athletic Director and Javelina Football Coach Ron Harms announced that the university would reestablish a baseball team after more than 60 years. In 1992, baseball pitcher Nolan Ryan and a local rancher named Frank Horlock established a fund to build a baseball stadium on the campus. A year later, Ryan and Horlock, along with NFL coaching legend Bum Phillips, actor Larry Hagman, and other celebrities attended a gala event with approximately 350 guests that established the funds necessary to build the stadium.[22]

In 1993, the Javelinas of the newly renamed "Texas A&M University-Kingsville" began competing with other Lone Star Conference teams in NCAA Division II baseball. A year later, the school christened the 4,000 seat stadium as "Nolan Ryan Field" in honor of the Texas pitching legend's efforts to build the stadium.[23][24]

In addition, Texas A&M University-Kingsville established a competitive softball team in 1993. Within a four years, the popular sport was able to build a stadium of its own. In 1997, the Lady Javelinas softball team opened the stadium with a win against Incarnate Word. By 2001, the team set NCAA Division II records in softball attendance.[25]

Since the establishment of softball and the reestablishment of baseball at Texas A&M University-Kingsville, the programs have experienced fantastic success. Both teams have enjoyed great success and have made deep runs in the NCAA Division II tournaments while gaining regional and national exposure.[25][26][27]

The Javelinas of Texas A&M University-Kingsville have a long history of success in regional and national competition. In addition to being one of the most accomplished teams in the NAIA and NCAA Division II sports, the university has earned numerous division, conference and national championship flags and trophies.

The Javelina Football team has won seven National Championships in the National Association of Intercollegiate Athletics (NAIA): 1979, 1976, 1975, 1974, 1970, 1969, 1959. They were the runner up in the NCAA Division II National Football Championship in 1994. They have made numerous deep playoff runs in both NAIA and NCAA Division II playoffs.

Since baseball was reinstated as a varsity sport at Texas A&M University-Kingsville in 1993, the Javelina Baseball team has earned four Lone Star Conference Championships: 1995, 1998, 2004 and 2008.

The Men's Track and Field squad won the IBC Bank Cactus Cup in 2010.

Texas A&M University-Kingsville has a long history of athletic traditions. Since the University was established in 1925, the school placed an emphasis on traditions that united students in institutional and organizational identity. 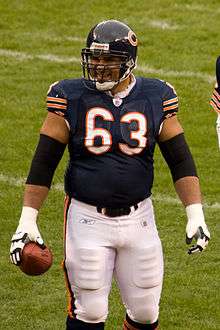