Thomas Goode Jones was born November 26, 1844, at Macon, Georgia, to Samuel G. and Martha Goode Jones. He moved with his family to Montgomery, Alabama, in 1850 where he attended private schools. Jones also attended school in Virginia and eventually entered Virginia Military Institute (VMI). In 1862 he left VMI with the rest of his classmates to serve in the Confederate Army under Stonewall Jackson. Jones had an illustrious military career during the Civil War. He fought in many well-known battles in Virginia, including Petersburg and Spottsylvania, and was wounded four times. At Appomattox Major Jones carried one of the flags of truce.

Upon his return to Alabama the Confederate veteran farmed for a few years in Montgomery County. In addition, he continued studying law, a pursuit he began during the war, and was admitted to the bar in 1868. That same year Jones edited the Montgomery Daily Picayune. From 1870–1880 he was the reporter of decisions for the Alabama Supreme Court.

Jones's military career continued after the war and coincided with his many other responsibilities. He was elected captain of the Montgomery Greys in 1876 and served as colonel of the 2nd Regiment, Alabama State Troops, from 1880 to 1890.

In this role, Jones was called upon to command state troops in every serious riot from 1874 to 1894, including the Possey and Hawes riots and coal miners' strike in Birmingham.

The military commander began his career as an elected public official in 1884 when he was elected to represent Montgomery County in the Alabama House of Representatives. Jones was re-elected two years later and chosen to serve as the house speaker. In 1890 he defeated Reuben Kolb for the Democratic nomination for governor and was elected.[1] Kolb was back in 1892 and broke off from the Democrats when, after another hard-fought political battle, Jones again secured the Democratic nomination. The Populist Kolb and his supporters formed the Jeffersonian party but the incumbent governor managed to secure re-election. 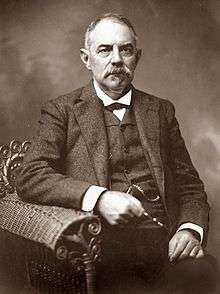 Many of the issues in the 1890 and 1892 elections are indicative of the issues Jones faced during his administration. Discontent among farmers over low prices for their produce and high freight rates resulted in the growth of populist ideas. Populists favored regulation of railroads and railroad rates, a national graduated income tax law, state election laws to deal with disputed elections, a secret ballot and more money for farmers. The National Panic of 1893 worsened the already bad economy in Alabama.

Although populist themes were in the forefront, Jones also dealt with other concerns as governor. He demonstrated constructive leadership by urging the legislature (albeit unsuccessfully) "to reform the convict leasing system and to improve the election laws." (Summersell. Alabama, p. 344) The Educational Apportionment Act did pass and provided counties with funds based on school population. Educational facilities continued to grow with the establishment of the Girls' Industrial School at Montevallo (later Alabama College, now the University of Montevallo). In Talladega, the Alabama School for Negro Deaf Mutes and Blind was opened. District agricultural schools were established at Athens and Evergreen.

A talented, vigorous speaker who was often called upon to speak at memorial events in the North as well as the South, Jones's active career continued after his two terms as governor. He was chairman of the 1896 State Sound Money Convention in Indianapolis. In 1901 the former governor was elected president of the Alabama Bar Association, and was a member of the Alabama Constitutional Convention. On October 7, 1901, at the recommendation of Booker T. Washington,[2] Jones received a recess appointment from Theodore Roosevelt to a joint seat on the United States District Court for the Northern District of Alabama and the United States District Court for the Middle District of Alabama vacated by John Bruce. Formally nominated on December 5, 1901, Jones was confirmed by the United States Senate on December 17, 1901, and received his commission the same day, serving in that capacity until his death.

On December 20, 1866, Jones married Georgene Caroline Bird of Montgomery. They had thirteen children (six boys and seven girls), four of whom died in infancy. One of their sons was Walter Burgwyn Jones.[3] Jones died in Montgomery on April 28, 1914.

Today, the Thomas Goode Jones School of Law at Faulkner University, in Montgomery, Alabama, is named for him.