This article is about creating art from existing video games, and does not deal with game art development or art games.
For other uses, see Art game (disambiguation).

Video game art is a specialized form of computer art employing video games as the artistic medium. Video game art often involves the use of patched or modified video games or the repurposing of existing games or game structures, however it relies on a broader range of artistic techniques and outcomes than artistic modification and it may also include painting, sculpture, appropriation, in-game intervention and performance, sampling, etc. It may also include the creation of art games either from scratch or by modifying existing games. Notable examples of video game art include Cory Arcangel's "Super Mario Clouds" and "I Shot Andy Warhol,"[1] Joseph Delappe's projects including "Dead in Iraq" and the "Salt Satyagraha Online: Gandhi's March to Dandi in Second Life,"[2][3] the 2004-2005 Rhizome Commissions "relating to the theme of games,"[4] Paolo Pedercini's Molleindustria games such as "Unmanned" and "Every Day the Same Dream", and Ian Bogost's "Cowclicker."

Like video games, artistic game modifications are often interactive and may allow for single-player or multiplayer experience. Multiplayer works make use of networked environments to develop new kinds of interaction and collaborative art production. 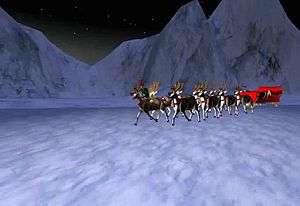 Machinima is the use of real-time three-dimensional (3-D) graphics rendering engines to generate computer animation. The term also refers to works that incorporate this animation technique.

Artists may intervene in online games in a non-play manner, often disrupting games in progress in order to challenge or expose underlying conventions and functions of game play. Examples of this include Velvet-Strike (a project designed to allow players of realistic first person shooter games to use anti-war graffiti within the game to make an artistic statement[5]) and Dead in Iraq (an art project created by Joseph DeLappe in which the player character purposely allows himself to be shot and then recites the names of US soldiers who have died in the Iraq War[6]).

Site-specific installations and site-relative gaming modifications ("mods"), replicate real-world places (often the art gallery in which they are displayed) to explore similarities and differences between real and virtual worlds. An example is What It Is Without the Hand That Wields It, where blood from kills in Counterstrike manifests and spills into a real life gallery.[7]

Video games can be incorporated into live audio and visual performance using a variety of instruments and computers such as keyboards embedded with music chips. See also chiptune and the Fijuu project.[8]

Generative art mods exploit the real-time capabilities of game technologies to produce ever-renewing autonomous artworks. Examples include Julian Oliver's ioq3apaint, a generative painting system that uses the actions of software agents in combat to drive the painting process,[9][10] Alison Mealy's UnrealArt which takes the movements of game entities and uses them to control a drawing process in an external program,[11][12] Kent Sheely's "Cities in Flux," a Grand Theft Auto: San Andreas mod that glitches and distorts the game's world in real-time,[13] and RetroYou's R/C Racer a modification of the graphic elements of a racing game which results in rich fields of colour and shape.[14][15]