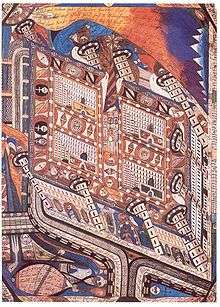 The term outsider art was coined by art critic Roger Cardinal in 1972 as an English synonym for art brut (French: [aʁ bʁyt], "raw art" or "rough art"), a label created by French artist Jean Dubuffet to describe art created outside the boundaries of official culture; Dubuffet focused particularly on art by those on the outside of the established art scene, such as psychiatric hospital patients and children.[1][2]

While Dubuffet's term is quite specific, the English term "outsider art" is often applied more broadly, to include certain self-taught or naïve art makers who were never institutionalized. Typically, those labeled as outsider artists have little or no contact with the mainstream art world or art institutions. In many cases, their work is discovered only after their deaths. Often, outsider art illustrates extreme mental states, unconventional ideas, or elaborate fantasy worlds.

Outsider art has emerged as a successful art marketing category; an annual Outsider Art Fair[3] has taken place in New York since 1993, and there are at least two regularly published journals dedicated to the subject. The term is sometimes misapplied as a catch-all marketing label for art created by people who are outside the mainstream "art world" or "art gallery system", regardless of their circumstances or the content of their work.

Art of the mentally ill

Interest in the art of the mentally ill, along with that of children and the makers of "peasant art", was first demonstrated by "Der Blaue Reiter" group: Wassily Kandinsky, Auguste Macke, Franz Marc, Alexej Jawlensky, and others. What the artists perceived in the work of these groups was an expressive power born of their perceived lack of sophistication. Examples of this were reproduced in 1912 in the first and only issue of their publication, Der Blaue Reiter Almanac. During World War I, Macke was killed at Champagne in 1914 and Marc was killed at Verdun in 1916; the gap left by these deaths was to some extent filled by Paul Klee, who continued to draw inspiration from these 'primitives'.

Interest in the art of insane asylum inmates continued to grow in the 1920s. In 1921, Dr. Walter Morgenthaler published his book Ein Geisteskranker als Künstler (A Psychiatric Patient as Artist) about Adolf Wölfli, a psychotic mental patient in his care. Wölfli had spontaneously taken up drawing, and this activity seemed to calm him. His most outstanding work was an illustrated epic of 45 volumes in which he narrated his own imaginary life story. With 25,000 pages, 1,600 illustrations, and 1,500 collages, it is a monumental work. Wölfli also produced a large number of smaller works, some of which were sold or given as gifts. His work is on display at the Adolf Wölfli Foundation in the Museum of Fine Art, Bern.

A defining moment was the publication of Bildnerei der Geisteskranken (Artistry of the mentally ill) in 1922, by Dr. Hans Prinzhorn. This was the first formal study of psychiatric works, based upon a compilation of thousands of examples from European institutions. The book and the art collection gained much attention from avant-garde artists of the time, including Paul Klee, Max Ernst, and Jean Dubuffet.[4]

People with some formal artistic training as well as well-established artists are not immune from mental illness, and may also be institutionalised. For example, William Kurelek, later awarded the Order of Canada for his artistic life work, as a young man was admitted to the Maudsley Psychiatric Hospital where he was treated for schizophrenia.[5] In hospital he painted, producing The Maze, a dark depiction of his tortured youth.[6] He was transferred from the Maudsley to Netherne Hospital from November 1953 to January 1955, to work with Edward Adamson (1911–1996), a pioneer of art therapy, and creator of the Adamson Collection.

French artist Jean Dubuffet was particularly struck by Bildnerei der Geisteskranken and began his own collection of such art, which he called art brut or raw art. In 1948 he formed the Compagnie de l'Art Brut along with other artists, including André Breton. The collection he established became known as the Collection de l'art brut. It contains thousands of works and is now permanently housed in Lausanne, Switzerland.

"Those works created from solitude and from pure and authentic creative impulses – where the worries of competition, acclaim and social promotion do not interfere – are, because of these very facts, more precious than the productions of professionals. After a certain familiarity with these flourishings of an exalted feverishness, lived so fully and so intensely by their authors, we cannot avoid the feeling that in relation to these works, cultural art in its entirety appears to be the game of a futile society, a fallacious parade." — Jean Dubuffet. Place à l'incivisme (Make way for Incivism). Art and Text no.27 (December 1987 – February 1988). p.36 Dubuffet's writing on art brut was the subject of a noted program at the Art Club of Chicago in the early 1950s.

Dubuffet argued that 'culture', that is mainstream culture, managed to assimilate every new development in art, and by doing so took away whatever power it might have had. The result was to asphyxiate genuine expression. Art brut was his solution to this problem – only art brut was immune to the influences of culture, immune to being absorbed and assimilated, because the artists themselves were not willing or able to be assimilated.

The interest in "outsider" practices among twentieth-century artists and critics can be seen as part of a larger emphasis on the rejection of established values within the modernist art milieu. The early part of the 20th century gave rise to Cubism and the Dada, Constructivist and Futurist movements in art, all of which involved a dramatic movement away from cultural forms of the past. Dadaist Marcel Duchamp, for example, abandoned "painterly" technique to allow chance operations a role in determining the form of his works, or simply to re-contextualize existing "readymade" objects as art. Mid-century artists, including Pablo Picasso, looked outside the traditions of high culture for inspiration, drawing from the artifacts of "primitive" societies, the unschooled artwork of children, and vulgar advertising graphics. Dubuffet's championing of the art brut – of the insane and others at the margins of society – is yet another example of avant-garde art challenging established cultural values. 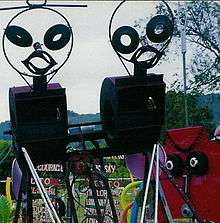 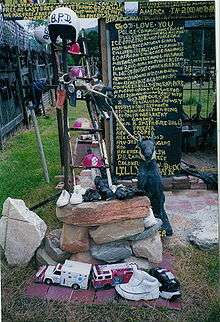 A number of terms are used to describe art that is loosely understood as "outside" of official culture. Definitions of these terms vary and overlap. The editors of Raw Vision, a leading journal in the field, suggest that "Whatever views we have about the value of controversy itself, it is important to sustain creative discussion by way of an agreed vocabulary". Consequently, they lament the use of "outsider artist" to refer to almost any untrained artist. "It is not enough to be untrained, clumsy or naïve. Outsider Art is virtually synonymous with Art Brut in both spirit and meaning, to that rarity of art produced by those who do not know its name." 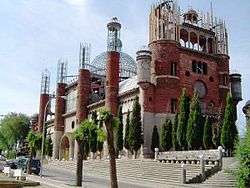 Cathedral of Justo Gallego in 2005 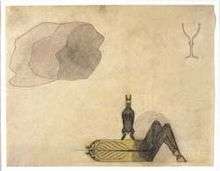 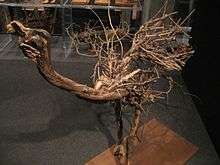