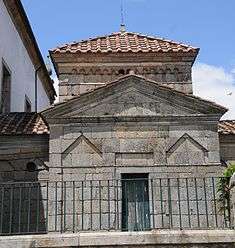 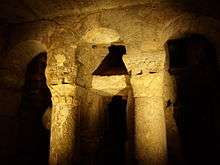 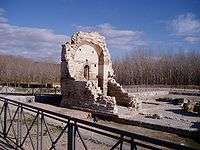 The Visigoths entered Hispania (modern Spain and Portugal) in 415, and they rose to be the dominant people there until the Moorish invasion of 711 brought their kingdom to an end.

Branches of Visigothic art include their architecture, their crafts (especially jewellery), and even their script.

The only remaining examples of their architecture from the 6th century are the church of San Cugat del Vallés in Barcelona, the hermitage and church of Santa Maria de Lara in Burgos, Saint Frutuoso Chapel in (Braga), the church of São Gião in (Nazaré) and the few remnants of the church at Cabeza de Griego, Cuenca. However, their style developed over the next centuries, though the prime remaining examples of it are mostly rural and often run-down. Some of the characteristics of their architecture are: