Wellawatte, a neighbourhood of Colombo, lies immediately south of Bambalapitiya and is classified as zone 6 within the Colombo Municipal region. The town begins at the old Dutch canal just before the Savoy Cinema and extends all the way south to the same canal that spills into the sea just before the Hospital Road junction where Dehiwela begins. It is bounded on the west by the magnificent waters of the Indian Ocean and extends to Pamankade where Havelock Road, forks and winds one of its ways to meet the Sri Saranankara Road bridge that stretches over the waters of the Dutch canal extending towards Kohuwela-Hospital Road junction on Dutugemunu Street. 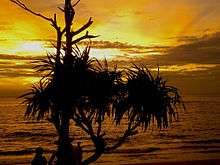 The Savoy Cinema, then owned and managed by C V de Silva, was an icon that no one could ever miss. The stature of the building itself combined with the many attractive movies that were shown there could never miss anyone’s attention. Its location right next to the Dutch Canal on the seaside marks the beginning of the town. The Cinema, has, in recent times been bought over by the Edirisinghe Group owned and managed by EAP Edirisinghe and refurbished with a new and state of the art look and features.

On the beach stood the Original KS&LSC, established in 1940. This club produced several champions in swimming & aquatics. The club also produced several outstanding spear fishermen and introduced the sport of spear fishing to Ceylon. Wellawatte is also the birthplace of one of the country's best seafood restaurants, the Beach Wadiya. Wellawatte has also produced some of the best cricketers and ruggerites in Sri Lanka. e.g., Asanka Gurusinha in cricket, the Denish brothers in rugby, Mary Anne, the great piano teacher and singer.