The name of the suburb Hulftsdorp is a commemoration of General Gerard Pieterszoon Hulft,[3] the Dutch East India Company's Director of India and commander in chief of the company's forces in Ceylon (Sri Lanka) and on the Coast of India. He was killed while besieging Colombo. The hill on which he had his headquarters was named 'Hulft's Dorp' during the Dutch occupation.[4] Nowadays, Hulftsdorp is regarded as the center of legal activity in Colombo being the location of the Sri Lanka Law Courts.[5] 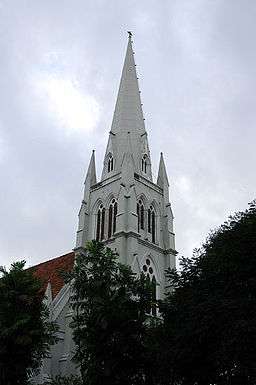 The colonial era All Saints Church in Dam Street, Hultsdorf