Xavier University of Louisiana (XULA), located in the Gert Town section of New Orleans, Louisiana, in the United States, is a private, coeducational, liberal arts college with the distinction of being the only historically black Roman Catholic institution of higher education in the United States.

Located in New Orleans, Xavier University of Louisiana was established in 1915 when Saint Katharine Drexel and the Sisters of the Blessed Sacrament founded the coeducational secondary school from which it evolved. Drexel, supported by the interest of a substantial inheritance from her father, banker-financier Francis Drexel, founded and staffed many institutions throughout the United States in an effort to help educate Native Americans and African Americans.

Aware of the serious lack of Catholic-oriented education available to young Blacks in the South, Katharine Drexel (now Saint Katharine Drexel) came to New Orleans and established a high school on the site previously occupied by Southern University. The high school was in operation until 2013 as Xavier University Preparatory School, also known as Xavier Prep. Today, Saint Katharine Drexel Preparatory School operates from the same location on Magazine Street in New Orleans. A Normal School offering teaching, one of the few career fields open to Blacks at the time, was added two years later. In 1925 Xavier University of Louisiana became a reality when the College of Liberal Arts and Sciences was established. The first degrees were awarded three years later. The College of Pharmacy was opened two years later in 1927. 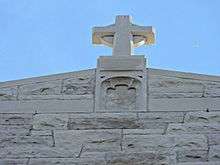 Edifice of the Administration Building is made of Indiana Limestone

Recognizing the university's need for a separate identity and room to expand, St. Katharine bought a tract of undeveloped land for a campus on the corner of Palmetto and Pine Streets in 1929. Construction of the U-shaped, gothic administration building (now a city landmark) was completed in 1933.

Through the years, as needs dictated, the campus gradually expanded, with the addition of a library—which now houses the Music Department—in 1937, the gymnasium (1937), St. Michael's men's dormitory (1955), the Student Center (1962), women's dormitories: St. Joseph's (1965) and Katharine Drexel (1969), the House of Studies (1967); the College of Pharmacy (1970), the Norman C. Francis Academic/Science Complex (1988), the new Library/Resource Center and College of Pharmacy addition (1993), and Peter Claver women's dormitory (1994). Xavier South, a multi-story office building, was purchased in 1990. The Living Learning Center, a co-ed residence hall for upperclassmen and the Norman C. Francis science complex addition were completed in 1998. A new student center called the University Center was opened in 2003. It replaces the previous Student Center built in 1962, and now houses the bookstore (previously housed at Xavier South) & the post office (previously housed in the Administration building). An additional dormitory for upperclassmen, the Saint Martin Deporres hall was also opened in 2003. The previous Student Center was recently knocked down to make way for the new Qatar Pharmacy Pavilion, which opened in the Fall of 2010. Construction has begun on the St. Katharine Drexel Chapel. The Chapel will replace the current chapel, now housed in the Administration Building, and will fulfill St. Katharine's vision for a freestanding house of worship and meditation on the campus.

In 2014, Xavier had an endowment of approximately $162 million which was the fourth highest of Louisiana's colleges and universities.[3] 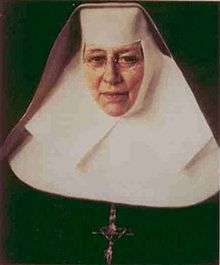 The campus of Xavier University of Louisiana is often referred to as "Emerald City" due to the various buildings on campus that have green roofs. These include the Library/Resource center, the Norman C. Francis science addition, the University Center, the Living Learning Center, the Saint Martin Deporres hall and the Katharine Drexel hall.

The Sisters remain a vital presence on campus today, providing much-needed staffing and some financial assistance, but today Xavier is governed by a multicultural Board of Trustees. In 1987, Pope John Paul II addressed the presidents of all U.S. Catholic colleges from the courtyard at the administration building at Xavier. Xavier's President Emeritus, Dr. Norman C. Francis, himself a Xavier graduate, is a nationally-recognized leader in higher education.

In May 1961, the civil rights activist group known as the Freedom Riders arrived in New Orleans by plane after bus drivers in Alabama refused to take them to Montgomery, AL. Locals, aware of the fire bombings and other attacks that had befallen the group, refused to accommodate them with lodging out of fear of retaliatory violence. Xavier President Emeritus Norman C. Francis, at the time the University's Men's Dean, secretly arranged for the group to stay several days in a dormitory on campus. Francis received permission from University President Sister Mary Josephina to allow the group to occupy space on the third floor of St. Michael's Hall under the condition that the press would not be alerted as to the move. Historic St. Michael's Hall, on Pine Street on Xavier's campus, still accommodates male students in traditional dormitory rooms.

Hurricane Katrina made landfall in August 2005, striking the New Orleans area. Xavier, located in the lower-lying Gert Town section and adjacent to the Washington-Palmetto Canal,[4] suffered damage to almost every structure on campus. Many buildings sat partially submerged for extended periods of time following the hurricane. Dr. Norman C. Francis, President of the University, organized boats and buses to transport stranded faculty, staff and students from the campus to safe areas.[5] Students began returning to the university in January 2006.[6]

In April 2006, the nation of Qatar donated $17.5 million to assist the university in hurricane recovery and expanding the school's College of Pharmacy.[7] The groundbreaking ceremony in 2008 was attended by Sheikh Hamad bin Khalifa al-Thani, leader of Qatar and on 15 October 2010, the school's Qatar Pharmacy Pavilion opened, adding 60,000 square feet (5,600 m2) adjacent to the existing College of Pharmacy building.

President Barack Obama visited New Orleans in August 2010 to commemorate the fifth anniversary of Hurricane Katrina. He gave his address from Xavier, complimenting the work of the leaders of the community and affirming the commitment to continue to aid in the re-building of the area.[8] In 2006, the university bestowed an Honorary Degree on then-Senator Obama.

For the combined efforts of the students, Xavier University received the "Katrina Compassion Award" from the United States Corporation for National and Community Service in 2006.[9]

Xavier is Catholic and historically black. However, its doors have always been open to qualified students of every race and creed. Today 25.1 percent of its students are not African-American and 74.3 percent are not Catholic.

More than half (58.2%) of Xavier students are from Louisiana – primarily from the New Orleans area. Non-local enrollment continues to increase with students coming from at least 40 other states – most notably Texas (7.5%) and Georgia (4.9%). Five foreign countries are represented on campus. Student life is enriched by the social and cultural setting of New Orleans and by campus activities designed to enhance personal growth, interpersonal skills, and leadership in such areas as community service, the environment, cultural concerns, and social justice.

Dr. C. Reynold Verret is Xavier University of Louisiana's sixth president. He assumed his position as the university's leader during the Summer of 2015 and was officially inaugurated in the University's Academic Convocation Center on February 26, 2016.

Dr. Norman C. Francis is President Emeritus of Xavier University of Louisiana. At the time of his retirement from the Office of University President, Dr. Francis was the longest-serving university president in the United States. Dr. Francis led the University from 1968 until 2015.

College of Arts and Sciences

Notability for Pre-Med and Science Programs

A premier university for educating African-American students in the sciences, Xavier is consistently a national leader in placing African American students into medical school as well as first in awarding African-Americans baccalaureate degrees in the physical sciences and biological sciences.[12][13] Xavier's College of Pharmacy is one of just two pharmacy schools in Louisiana.[14] XULA consistently ranks among the top three colleges in the nation in graduating African Americans with Pharm.D. degrees.[15] In 2015, the New York Times Magazine praised the university for being a top producer of African-American doctors.[16]

Xavier's basketball and volleyball teams compete on campus in their new facility, the Xavier University Convocation Academic Center. The Convocation Center is a $25 million facility with a seating capacity of 4,500.

The website for the XULA Athletics Department is www.xulagold.com.