University of Maryland Eastern Shore (UMES) located on 1,100 acres (4.4515 km²) in Princess Anne, Maryland, United States, is part of the University System of Maryland. UMES is a historically black university, as well as an 1890 Historically Black Land-Grant University. The University is a member-school of the Thurgood Marshall College Fund. 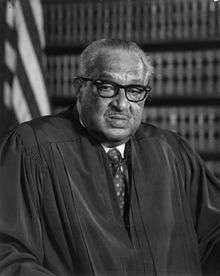 UMES is a member of the Thurgood Marshall College Fund

The school was founded in 1886 through the offices of the Delaware Conference of the Methodist Episcopal Church and was known as the Delaware Conference Academy. Later UMES came to be called Industrial Branch of Morgan State College and Princess Anne Academy. The State of Maryland, in operating its Land-Grant program at the Maryland Agricultural College at College Park (now the University of Maryland, College Park), which did not admit African American students, sought to provide a Land-Grant program for African Americans. In 1919 the state of Maryland assumed control of the academy and changed its name to Eastern Shore Branch of the Maryland Agricultural College. In 1948 the name was again changed, this time to Maryland State College. In 1970, the university obtained its current name of the University of Maryland Eastern Shore.

From its original campus building known as "Olney," which was constructed in 1798 during the era of President George Washington, the University has grown to over 745 acres with 32 major buildings and 41 other units.[3] The student population has increased to 4,500. Within the last decade, UMES has added 20 degree granting programs to its academic roster.

UMES offers doctorates in food science and technology, marine and environmental sciences, toxicology, and organizational leadership. Other terminal degree programs include doctorates in physical therapy (DPT) and educational leadership (EDLD)-- and starting in the fall of 2010, a doctor of pharmacy doctorate (Pharm.D.).

UMES was one of the founding members of the Mid-Eastern Athletic Conference in 1970. The school left the MEAC in 1979 but re-joined in 1981 and has been a member ever since. The Hawks compete in 15 sports at the Division I level: seven men's and eight women's. Prior to 1970, UMES was a member of the Central Intercollegiate Athletic Association in Division II.

The school was once a powerhouse in black college football, producing five undefeated seasons between 1947 and 1960, but like many smaller colleges, the high costs associated with operating a Division I football program and complying with Title IX became too much of a burden, and the team was shut down after the 1979 season. In 1948, the University of Maryland Eastern Shore (UMES) and Albright College played the first intercollegiate football game between an Historical Black Colleges and Universities (HBCU) institution and a majority-white institution.[4] In the 2012-13 academic year, President Dr. Juliette B. Bell put together a task force to see if football should be reinstated. On Feb. 28, 2013, the decision was to continue without football, but that the topic "may be revisited" in five years.[5] NFL player and coach Art Shell attended UMES.

The UMES women's bowling team won the NCAA Bowling Championship in 2012 in Ohio against Fairleigh Dickinson University and in Omaha, Nebraska against Arkansas State University in 2008. They won the series 4-2 (in a best of 7 match). The team was led by All-Tournament players Jessica Worsley (who was named the tournament MVP) and Maria Rodriguez. With the series win, UMES became the first HBCU to win a women's NCAA national championship. The UMES women also won their second 2011 NCAA Bowling Championship in Taylor, Michigan against Vanderbilt University, also winning the series 4-2 (in a best of 7 match). Kristina Frahm (named tournament MVP) and Maria Rodriguez were named to the All-Tournament team en route to their victory. That season, along with the NCAA Championship, UMES also won the USBC Team Championships over Lindenwood University as well as the MEAC Championship. In 2007, the women's bowling team came in 2nd at the NCAA National Championship in Orlando, Florida and fell to Vanderbilt in a 4–3 series. The team was led by All-Tournament players Marion Singleton and Jessica Worsley. The UMES women's bowling team also won the MEAC Championship in 2000, 2006, 2007, and 2008.

UMES men's basketball is coached by Frankie Allen. The school led the nation in scoring during the 1973–1974 season with 97.6 points per game, including future NBA picks Rubin Collins, Talvin Skinner, William Gordon and Joe Pace. The team defeated Manhattan College 84-81 in the first round of the 1974 NIT and fell to Jacksonville University 85-83 in the quarterfinals. The team has never played in the NCAA Division I Men's Basketball Tournament.

During the 2010–11 season, UMES had a men's and women's basketball player surpass the 1,000-career point mark. Hillary Haley passed the mark on the men's side with a 24-point performance against Coppin State on February 19, including his first season at St. Bonaventure. On the women's side, Casey Morton scored 10 points against Savannah State to surpass the mark, finishing with 1,230 in four years with the Lady Hawks. The next season, Adobi Agbasi finished third in Division I in blocks per game with 3.72 per contest, becoming the all-time shot-blocker in UMES women's basketball history with 239 total blocks, achieving that mark on March 1, 2012 against Savannah State|.

In 2011, the Hawks men's outdoor track team was ranked third in the Mid-Atlantic Region by the U.S. Track & Field and Cross Country Coaches Association, and subsequently was the highest ranked team in the state of Maryland. The following season, three UMES outdoor track athletes earned All-America status: Lenora Guion-Firmin earned First Team in the 400-meter dash, later earning a spot with the French 4x400-meter team in the 2012 Summer Olympics, while Andre Walsh and Vanessa Henry, in the men's 400-meter hurdles and women's shot put, earned Second Team. In 2014, The men's side won the MEAC Cross Country Championships.

The UMES women's volleyball team won its first MEAC championship in the history of the school in November 2011 with a win over Florida A&M in the title game, earning its first NCAA Tournament berth ever. The Hawks fell to eventual national champion UCLA in the first round. In 2012, the team repeated as MEAC champions with another five-set win over Florida A&M to advance to the NCAAs again, falling to 4-seed Nebraska in its first match. The team has won the MEAC Northern Division each of the past six years, combining to go 61-3 in conference regular season matches in that time, plus holds the longest current home-winning streak in Division I, being victorious in its last 30 matches at home.