"For your freedom and ours", one of banners of demonstrators, 1968 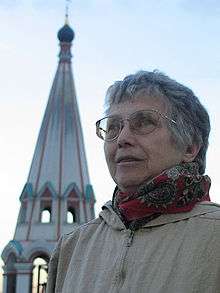 Pavel Litvinov during his exile to Siberia 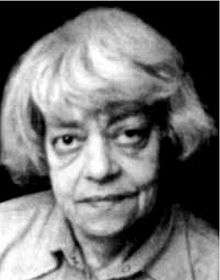 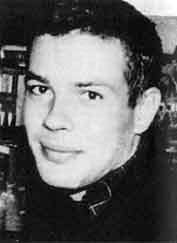 The 1968 Red Square demonstration (Russian: Демонстра́ция 25 а́вгуста 1968 го́да) took place on 25 August 1968 at Red Square, Moscow, Soviet Union, to protest the invasion of Czechoslovakia by the Soviet Union and its Warsaw Pact allies, that occurred during the night of 20–21 August 1968, crushing the Prague spring, a set of de-centralization reforms promoted by Alexander Dubček.

Many people over the world had protested against the suppression of the Prague spring with troops of Soviet Union and other countries of the Warsaw Pact. One such act of protest took place in Moscow, at the Red Square. The protest was held at the Lobnoye Mesto, to avoid any violation of public order that could have occurred during the demonstration. The protesters were sitting to avoid any inconvenience to ordinary citizens which might be caused by them standing, although this appears to have had little effect.

Within a few minutes, seven protesters were assaulted and loaded into cars by KGB operatives. The Czechoslovak flag was broken, and the banners were confiscated. Since Natalya Gorbanevskaya had recently given birth, she was not made to stand trial. The other protesters convinced 21-year-old Tatiana Baeva to declare that she had been at the scene by accident, and she was released soon after.

The KGB failed to find out which protester was holding which banner; therefore, all the banners were attributed to each protester, except for Tatiana Baeva, who was released. The banners were branded by the KGB as "anti-Soviet".[1][2]

During the investigation and trial, the defence revealed several inconsistencies in the accusations. One of the eyewitnesses declared that he saw protesters leaving the GUM, a large store in the vicinity, even though this store is closed on Sundays. Additionally, all eyewitnesses happened to be from the same military division, even though they all claimed that they ended up on Red Square accidentally. However, these inconsistencies were not taken into account during the trial.

Reaction to the trial and recognition of protesters

Lawyers for the defence had shown that there was no criminal intent in the demonstration held by the protesters,[3] but despite this, the protesters received harsh sentences of up to several years in prison.

It was claimed by Yuliy Kim that the sentences had already been written down before the trial.[4] Yuliy Kim wrote the song "Ilyich", which mentions Yuri Andropov's and Leonid Brezhnev's anger regarding the demonstration, and names three of the participants: Pavel Litvinov, Natalya Gorbanevskaya and Larisa Bogoraz.[5]

Public recognition of the protesters had to wait 40 years. During the conflict in South Ossetia, August 2008, the former president of the Czech Republic, Václav Havel, expressed his sympathies for the protesters of 1968.[6] Czech Premier Mirek Topolánek recognized the heroism of the protesters with awards.[7] Yet, no similar recognition is reported from the side of the Russian government. Instead, 24 August 2008, the similar demonstration with the slogan For your freedom and ours happened at the same place.[8]

On 25 August 2013, the 45th anniversary of the demonstration, Gorbanevskaya and several of her friends recreated the original protest,[9] again featuring the "For your freedom and ours" banner. Ten participants (among them Delaunay's son Sergey) were arrested almost immediately and taken to a police station. They were soon arraigned and released pending court appearance on charges of failing to secure prior permission for a political rally,[10] a misdemeanor under current Russian law.

The 1968 demonstration is recounted in the 2005 documentary They Chose Freedom.