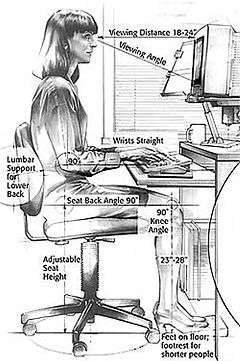 The field of ergonomics employs anthropometry to optimize human interaction with equipment and workplaces.

Anthropometry (from Greek ἄνθρωπος anthropos, "human", and μέτρον metron, "measure") refers to the measurement of the human individual. An early tool of physical anthropology, it has been used for identification, for the purposes of understanding human physical variation, in paleoanthropology and in various attempts to correlate physical with racial and psychological traits. Anthropometry involves the systematic measurement of the physical properties of the human body, primarily dimensional descriptors of body size and shape.[1]

Today, anthropometry plays an important role in industrial design, clothing design, ergonomics and architecture where statistical data about the distribution of body dimensions in the population are used to optimize products. Changes in lifestyles, nutrition, and ethnic composition of populations lead to changes in the distribution of body dimensions (e.g. the obesity epidemic), and require regular updating of anthropometric data collections. 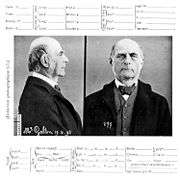 A Bertillon record for Francis Galton, from a visit to Bertillon's laboratory in 1893
Main article: History of anthropometry

The history of anthropometry includes and spans various concepts, both scientific and pseudoscientific, such as craniometry, paleoanthropology, biological anthropology, phrenology, physiognomy, forensics, criminology, phylogeography, human origins, and cranio-facial description, as well as correlations between various anthropometrics and personal identity, mental typology, personality, cranial vault and brain size, and other factors.

At various times in history, applications of anthropometry have ranged vastly—from accurate scientific description and epidemiological analysis to rationales for eugenics and overtly racist social movements—and its points of concern have been numerous, diverse, and sometimes highly unexpected.

Human height varies greatly between individuals and across populations for a variety of complex biological, genetic, and environmental factors, among others. Due to methodological and practical problems, its measurement is also subject to considerable error in statistical sampling.

The average height in genetically and environmentally homogeneous populations is often proportional across a large number of individuals. Exceptional height variation (around 20% deviation from a population's average) within such a population is sometimes due to gigantism or dwarfism, which are caused by specific genes or endocrine abnormalities.[2]

Human weight varies extensively both individually and across populations, with the most extreme documented examples of adults being Lucia Zarate who weighed 4.7 pounds (2.1 kg), and Jon Brower Minnoch who weighed 1,400 pounds (640 kg), and with population extremes ranging from 109.3 pounds (49.6 kg) in Bangladesh to 192.7 pounds (87.4 kg) in Micronesia.[5][6]

Human beauty and physical attractiveness have been preoccupations throughout history which often intersect with anthropometric standards. Cosmetology, facial symmetry, and waist–hip ratio are three such examples where measurements are commonly thought to be fundamental.

On a micro evolutionary level anthropologists use anthropometric variation to reconstruct small-scale population history. For instance John Relethford's studies of early 20th-century anthropometric data from Ireland show that the geographical patterning of body proportions still exhibits traces of the invasions by the English and Norse centuries ago.

Today anthropometry can be performed with three-dimensional scanners. A global collaborative study to examine the uses of three-dimensional scanners for health care was launched in March 2007. The Body Benchmark Study will investigate the use of three-dimensional scanners to calculate volumes and segmental volumes of an individual body scan. The aim is to establish whether the Body Volume Index has the potential to be used as a long-term computer-based anthropometric measurement for health care. In 2001 the UK conducted the largest sizing survey to date using scanners. Since then several national surveys have followed in the UK's pioneering steps, notably SizeUSA, SizeMexico, and SizeThailand, the latter still ongoing. SizeUK showed that the nation had become taller and heavier but not as much as expected. Since 1951, when the last women's survey had taken place, the average weight for women had gone up from 62 to 65 kg. 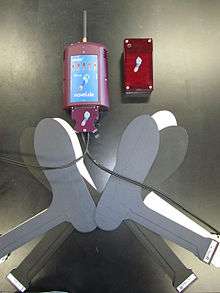 Baropodographic devices fall into two main categories: (i) floor-based, and (ii) in-shoe. The underlying technology is diverse, ranging from piezoelectric sensor arrays to light refraction,[13][14][15][16][17] but the ultimate form of the data generated by all modern technologies is either a 2D image or a 2D image time series of the pressures acting under the plantar surface of the foot. From these data other variables may be calculated (see data analysis.)

Direct measurements involve examinations of brains from corpses, or more recently, imaging techniques such as MRI, which can be used on living persons. Such measurements are used in research on neuroscience and intelligence. Brain volume data and other craniometric data are used in mainstream science to compare modern-day animal species, and to analyze the evolution of the human species in archeology. With the discovery that many blood proteins vary consistently among populations, followed by the discovery of the DNA code, the invention of the polymerase chain reaction that amplifies trace amounts of DNA, and the decoding of the human genome, phylogeographers largely switched away from craniofacial anthropometry whenever DNA is available. 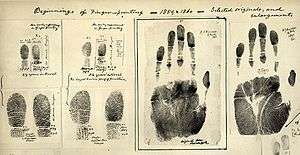 One part of a biological profile is a person's racial or ancestral affinity. People with considerable European ancestry generally have relatively no prognathism; a relatively small face; a narrow, tear-shaped nasal cavity; a "silled" nasal aperture; tower-shaped nasal bones; a triangular-shaped palate; and an angular and sloping eye orbit shape. People with considerable African ancestry typically have a broad and round nasal cavity; no dam or nasal sill; Quonset hut-shaped nasal bones; notable facial projection in the jaw and mouth area (prognathism); a rectangular-shaped palate; and a square or rectangular eye orbit shape. People with considerable East Asian ancestry are often characterized by a relatively small prognathism; no nasal sill or dam; an oval-shaped nasal cavity; tent-shaped nasal bones; a horseshoe-shaped palate; and a rounded and non-sloping eye orbit shape.[20] Many of these characteristics are only a matter of frequency among particular races: their presence or absence of one or more does not automatically classify an individual into a racial group. 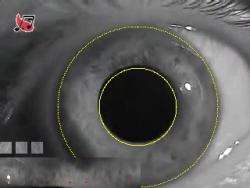 Biometrics refers to the identification of humans by their characteristics or traits. Biometrics is used in computer science as a form of identification and access control.[23] It is also used to identify individuals in groups that are under surveillance. Biometric identifiers are the distinctive, measurable characteristics used to label and describe individuals.[24] Biometric identifiers are often categorized as physiological versus behavioral characteristics.[25] Example applications include dermatoglyphics and soft biometrics.

The US Military has conducted over 40 anthropometric surveys of U.S. Military personnel between 1945 and 1988, including the 1988 Army Anthropometric Survey (ANSUR) of men and women with its 240 measures. Statistical data from these surveys encompasses over 75,000 individuals.[26]

CAESAR began in 1997 as a partnership between government and industry to collect and organize the most extensive sampling of consumer body measurements for comparison. The project collected and organized data on 2,400 U.S. & Canadian and 2,000 European civilians and a database was developed. This database records the anthropometric variability of men and women, aged 18–65, of various weights, ethnic groups, gender, geographic regions, and socio-economic status. The study was conducted from April 1998 to early 2000 and included three scans per person in a standing pose, full-coverage pose and relaxed seating pose. Data collection methods were standardized and documented so that the database can be consistently expanded and updated. High-resolution measurements of body surfaces were made using 3D Surface Anthropometry. This technology can capture hundreds of thousands of points in three dimensions on the human body surface in a few seconds. It has many advantages over the old measurement system using tape measures, anthropometers, and other similar instruments. It provides detail about the surface shape as well as 3D locations of measurements relative to each other and enables easy transfer to Computer-Aided Design (CAD) or Manufacturing (CAM) tools. The resulting scan is independent of the measurer, making it easier to standardize. Automatic landmark recognition (ALR) technology was used to automatically extract anatomical landmarks from the 3D body scans. Eighty landmarks were placed on each subject. More than 100 univariate measures were provided, over 60 from the scan and approximately 40 using traditional measurements. Demographic data such as age, ethnic group, gender, geographic region, education level, and present occupation, family income and more were also captured.[27][28]

In art Yves Klein termed anthropometries his performance paintings where he covered nude women with paint, and used their bodies as paintbrushes.