The Austro–Turkish War (1663–1664) or fourth Austro–Turkish War was a short war between the Habsburg Monarchy and the Ottoman Empire. The Ottoman aim was to resume the advance in central Europe, conquer Vienna and subdue Austria. However, the Habsburg army under Raimondo Montecuccoli succeeded to halt the Ottoman army on its way to Vienna in the Battle of Saint Gotthard and destroy it, while another Austrian army won another victory at Léva. Despite these serious Ottoman defeats, the war ended for them with the rather favourable Peace of Vasvár.

The cause of this war was the invasion of Poland in 1658, by Prince George Rákóczy II of Transylvania without the permission of the Porte. Transylvania had after the Battle of Mohács in 1526 recognized Ottoman suzerainty and paid a tribute to the Porte and were given political and religious autonomy in return. On hearing about Rákóczy's unauthorized war, the Ottomans declared war on their vassal. It was not long before Grand Vizier Köprülü Mehmed Pasha (Vizier 1656–1661) defeated Rákóczy and conquered Transylvania. The new Transylvanian prince, János Kemény, fled to Vienna, seeking Austrian support.

Emperor Leopold I, not wishing to see Transylvania fall under direct Ottoman control, sent Montecuccoli into Hungary with a small army. Montecuccoli was severely outnumbered by the Ottomans.

Meanwhile, in order to liberate Croatia and Hungary, Nikola Zrinski, the Ban of Croatia, was since 1661 doing his best to start a new Austro–Ottoman conflict by organizing raids into Ottoman territory from his stronghold Novi Zrin (Hung.: Zrínyiújvár). These raids and the presence of Montecuccoli's army made the Ottomans end the status-quo with Vienna, which existed between them since 1606. 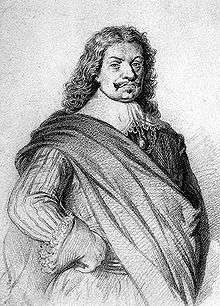 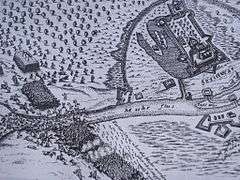 In the summer of 1663, an Ottoman army of more than 100,000 strong under Grand Vizier Köprülü Fazıl Ahmed entered Habsburg Hungary and in September conquered the town of Érsekújvár. The Habsburg commander Raimondo Montecuccoli had only his 12,000 men and the 15,000 Hungarian-Croatian troops of Nikola Zrinski to oppose the Turks. Emperor Leopold I summoned the Imperial Diet in January 1663, to ask the German and European Kings for help, with success. An army of 30,000 Bavarian, Brandenburg and Saxon troops was raised. Even arch-enemy Louis XIV of France sent an Army Corps of 6,000 under Jean de Coligny-Saligny in support.

At the beginning of 1664, the Imperial Army was divided into 3 Corps: In the south 17,000 Hungarian-Croatian troops under command of Nikola Zrinski. In the center the main army of Montecuccoli which was 28,500 men strong and in the north some 8,500 men under general Jean-Louis Raduit de Souches. There were some 12,500 men in reserve to defend the fortresses.

This army of 66,500 men was not a unity, as the differences of opinion between the commanders were very strong, especially with Zrinski. As a preparation for campaigns planned for 1664, Zrinski set out to destroy the strongly fortified Ottoman bridge (the Osijek (Hung.:Eszék) bridge) which, since 1566, had linked Darda (Hung.:Dárda) to Osijek across the Drava and the marshes of Baranya. Destruction of the bridge would cut off the retreat of the Ottoman Army and make any Turkish reinforcement impossible for several months. Re-capturing strong fortresses (Berzence, Babócsa, the town of Pécs, etc.) on his way, Zrinski advanced 240 kilometers on enemy territory and destroyed the bridge on February 1, 1664. He didn't succeed in conquering Nagykanizsa, the main objective. The siege had to be lifted when in June the main army of Köprülü approached.

The Turks besieged and conquered Zrinski's stronghold Novi Zrin, which had to be abandoned when Montecuccoli refused to come to its rescue. Zrinski would never forgive this, which would eventually lead to the Magnate conspiracy ("Zrinski-Frankopan conspiracy" (Croatian: Zrinsko-frankopanska urota) in Croatia, and "Wesselényi conspiracy" (Hungarian: Wesselényi-összeesküvés) in Hungary). 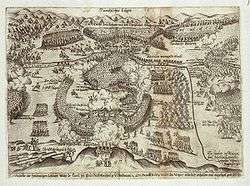 After the conquest of Novi Zrin, the Ottoman main army marched towards Vienna, but was stopped at the Rába river between Mogersdorf and the Szentgotthárd Abbey by Montecuccolis army. The Ottomans lost 16,000 to 22,000 of their best troops.

In the north of Hungary the army of Souches had won some smaller victories against Küçük Mehmed Pasha. The most important of this victories was the Siege of Léva.

Only 9 days later, on August 10, 1664 the Peace of Vasvár was signed, as a truce to last 20 years. Despite the Austrian victory at Saint Gotthard, Ottoman control of Transylvania and Érsekújvár was recognized, and the Austrian Empire accepted to pay an annual 'gift' to the Ottoman Empire, which it never delivered on time.[1] Novi Zrin was to be dismantled. On the other hand, the Ottomans accepted to send an annual present to the Austrians [2]

The major factor in the Habsburgs' decision, was the French threat to the much more valuable estates in the Netherlands, Germany and Italy. Moreover, the Imperial war effort lost some of its momentum after the victory of Saint Gotthard, as the French withdrew from the coalition while other German princes were reluctant to advance further east.[3] Hence, the Austrians did not believe they could liberate the whole of Hungary and were unwilling to leave the French advance unchecked for a few Hungarian fortresses.[4]

The Croats and Hungarians were outraged at the loss of the conquered territories and felt the initiative and momentum after the victory of Saint Gotthard should have been maintained.

This led to the Magnate conspiracy.

The peace in fact held for 20 years until the Ottomans attacked Vienna for the second time in 1683 and were pushed back from Hungary in the following Great Turkish War (1683–1699).