Committee for the Preservation of the White House 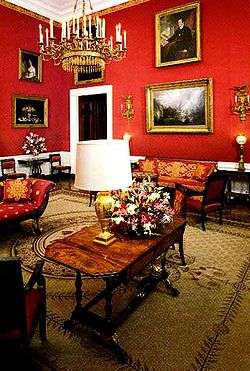 The White House Red Room before refurbishment during the administration of Bill Clinton.

In February 2010, Los Angeles interior designer Michael S. Smith was appointed to the committee;[1] in August of that year, his makeover of the Oval Office was revealed to the public.[2]