This page is a list of districts and Local-Level Government areas of Papua New Guinea.

On the highest level, Papua New Guinea is divided into four Regions. Below, Papua New Guinea has 22 province-level divisions: 20 integrated provinces, the autonomous province of North Solomons (Bougainville) and the National Capital District. No Each province has one or more districts, and each district has one or more Local Level Government (LLG) areas. For census purposes, the LLG areas are subdivided into wards and those into census units.[1] 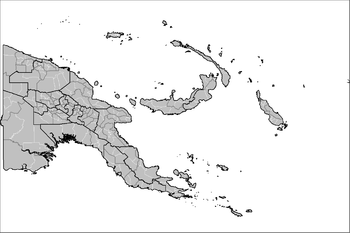 List of districts and LLGs by region and province 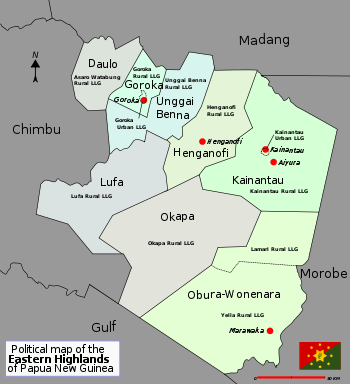 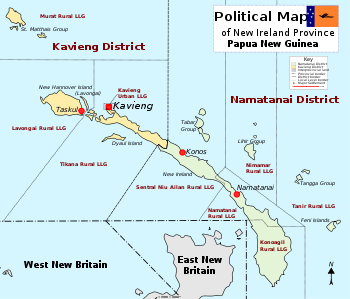 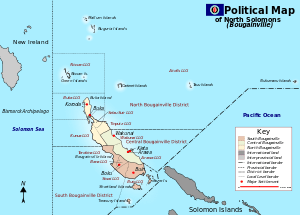 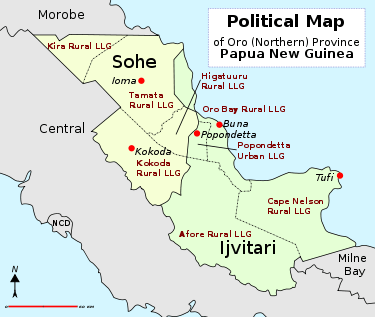 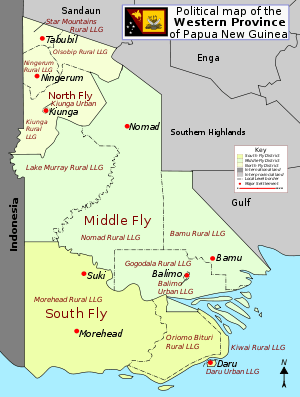