Not to be confused with Etymology, the study of the history of words. 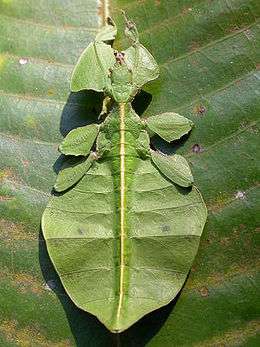 A phasmid, mimicking a leaf

Entomology (from Greek ἔντομον, entomon "insect"; and -λογία, -logia)[1] is the scientific study of insects, a branch of zoology. In the past the term "insect" was more vague, and historically the definition of entomology included the study of terrestrial animals in other arthropod groups or other phyla, such as arachnids, myriapods, earthworms, land snails, and slugs. This wider meaning may still be encountered in informal use.

Like several of the other fields that are categorized within zoology, entomology is a taxon-based category; any form of scientific study in which there is a focus on insect-related inquiries is, by definition, entomology. Entomology therefore overlaps with a cross-section of topics as diverse as molecular genetics, behavior, biomechanics, biochemistry, systematics, physiology, developmental biology, ecology, morphology, paleontology

At some 1.3 million described species, insects account for more than two-thirds of all known organisms,[2] date back some 400 million years, and have many kinds of interactions with humans and other forms of life on earth. 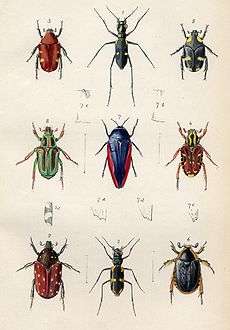 Plate from Transactions of the Entomological Society, 1848
See also: Timeline of entomology

Entomology is rooted in nearly all human cultures from prehistoric times, primarily in the context of agriculture (especially biological control and beekeeping), but scientific study began only as recently as the 16th century.[3]

William Kirby is widely considered as the father of Entomology. In collaboration with William Spence, he published a definitive entomological encyclopedia, Introduction to Entomology, regarded as the subject's foundational text. He also helped to found the Royal Entomological Society in London in 1833, one of the earliest such societies in the world; earlier antecedents, such as the Aurelian society date back to the 1740s.[4]

Entomology developed rapidly in the 19th and 20th centuries, and was studied by large numbers of people, including such notable figures as Charles Darwin, Jean-Henri Fabre, Vladimir Nabokov, Karl von Frisch (winner of the 1973 Nobel Prize in Physiology or Medicine),[5] and two-time Pulitzer Prize winner E. O. Wilson. 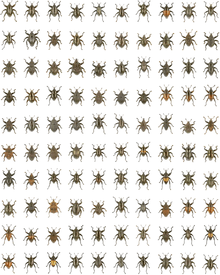 Most insects can easily be recognized to order such as Hymenoptera (bees, wasps, and ants) or Coleoptera (beetles). However, insects other than Lepidoptera (butterflies and moths) are typically identifiable to genus or species only through the use of Identification keys and Monographs. Because the class Insecta contains a very large number of species (over 330,000 species of beetles alone) and the characteristics separating them are unfamiliar, and often subtle (or invisible without a microscope), this is often very difficult even for a specialist. This has led to the development of automated species identification systems targeted on insects, for example, Daisy, ABIS, SPIDA and Draw-wing

Insect identification is an increasingly common hobby, with butterflies and dragonflies being the most popular. 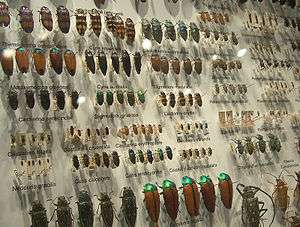 Part of a large beetle collection

Many entomologists specialize in a single order or even a family of insects, and a number of these subspecialties are given their own informal names, typically (but not always) derived from the scientific name of the group:

Like other scientific specialties, entomologists have a number of local, national, and international organizations. There are also many organizations specializing in specific subareas.

Here is a list of selected museums which contain very large insect collections.

"I suppose you are an entomologist?"

"Not quite so ambitious as that, sir. I should like to put my eyes on the individual entitled to that name. No man can be truly called an entomologist, sir; the subject is too vast for any single human intelligence to grasp."

Oliver Wendell Holmes, Sr., The Poet at the Breakfast Table