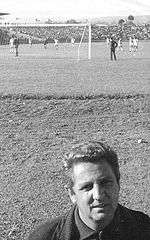 In 70s and 80s Fernando Riera continued to lead large teams in the world.

In Chile left a great legacy, with the disciple coaches like Arturo Salah and Manuel Pellegrini,[11] leaving a tradition and an identity for Chilean football.[12]

Riera died in his home city of Santiago.