Ricardo Zamora Martínez (Spanish pronunciation: [riˈkarðo θaˈmoɾa marˈtineθ]; 21 January 1901 – 8 September 1978) was a Spanish footballer and manager. He played as a goalkeeper for, among others, RCD Espanyol, FC Barcelona and Real Madrid. As an international he played for both the Catalan XI and Spain. As a manager he won two La Liga titles with Atlético Aviación and briefly managed Spain.

Zamora, nicknamed El Divino, was noted for wearing a cloth cap and a white polo-neck jumper on the field, a look later copied by several of his contemporaries. He claimed it was to protect him from both the sun and his opponents. He was also noted for his bravery. In 1929 while playing for Spain against England, he carried on playing despite breaking his sternum. Spain won the game 4–3, becoming the first team from outside of the British Isles to defeat England. Zamora is also remembered for a spectacular last minute save he made in the 1936 Copa del Presidente de la República Final while playing for Real Madrid against FC Barcelona. Regarded as one of the greatest goalkeepers of all time,[1] the award for the best goalkeeper in La Liga, the Ricardo Zamora Trophy, is named in his honour, and he was voted one of the greatest players of the 20th century by World Soccer magazine. He was also Spain's most capped player for 45 years until being surpassed by José Ángel Iribar.

Zamora was also the subject of controversy throughout his career. He allegedly enjoyed drinking Cognac and smoking up to three packs of cigarettes a day. During the 1920 Olympic Games he was sent off against Italy after punching an opponent and on the way back from the same tournament he was arrested, imprisoned and fined for attempting to smuggle Havana cigars. In 1922 he was suspended for a year when he lied to the tax authorities about the signing on fee he received when he returned to RCD Espanyol. He also received 40,000 pesetas of the 150,000 peseta fee that took him from Espanyol to Real Madrid.

Zamora's apparent political allegiances were also the subject of debate and controversy. Despite playing regularly for the Catalan XI, he was accused of rejecting Catalan nationalism. In 1934 he was awarded an Order of the Republic medal by his namesake Niceto Alcalá-Zamora, president of the Second Spanish Republic, but during the Spanish Civil War he was exploited by Nationalist propagandists and he played in a benefit game for their cause. During the 1950s he was awarded the Great Cross of the Order of Cisneros by Franco.

Zamora with Espanyol, where he debuted.

Born in Barcelona, Catalonia, Zamora began his career as a junior with Universitari SC before signing for Espanyol in 1916. He helped Espanyol win the Campionat de Catalunya in 1918 before an argument with one of the club's directors saw him being transferred to local rivals FC Barcelona in 1919. After three successful seasons at Barça he returned to Espanyol in 1922. On 2 February 1929, he made his La Liga debut with Espanyol during the competitions inaugural season. In the same year he also helped the club win both the Campionat de Catalunya and their first ever Copa del Rey in 1929. The team was coached by Jack Greenwell and also included Ricardo Saprissa. In the quarter finals of the Copa del Rey they beat Atlético Madrid 9–3 on aggregate before beating eventual La Liga champions, Barcelona, 3–1 in the semi-finals and Real Madrid 2–1 in the final. After playing 26 La Liga games for Espanyol, he joined Real Madrid in 1930.

Between 1919 and 1922 Zamora was a prominent member of the legendary FC Barcelona team, coached by Jack Greenwell, that also included his close friend Josep Samitier, Sagibarba, Paulino Alcántara and Félix Sesúmaga. During his time at Barcelona he helped the team win the Campionat de Catalunya three times and the Copa del Rey twice.

In 1930 Zamora signed for Real Madrid. He was one of several new arrivals, and among the others was Jacinto Quincoces. During the 1931–32 season they helped the club win La Liga for the first time. The following season Zamora and Quincoces were joined at the club by Josep Samitier and the trio helped Real retain the title. In 1934 Francisco Bru took over as the Real coach and he guided Zamora and company to victory in two Copa de España finals. In 1934 they beat a Valencia CF team coached by Jack Greenwell 2–1. The 1936 final saw Real Madrid meet FC Barcelona for the first time in a cup final. Despite playing with ten men for most of the game, the Madrid club beat Barça 2–1 at the Mestalla. Barça's attempts to equalise in the final minutes were thwarted by Zamora's spectacular save from Josep Escolà.

In 1920 together with Josep Samitier, Félix Sesúmaga, Pichichi and José María Belauste, Zamora was a member of the first ever Spanish national squad. The squad, coached by Francisco Bru, won the silver medal at the 1920 Olympic Games. Zamora subsequently made 46 official appearances for Spain and also represented them at the 1934 World Cup.

Zamora also played at least 13 games for the Catalan XI. However records from the era do not always include accurate statistics and he may have played more. Together with Paulino Alcántara, Sagibarba and Josep Samitier he helped the Catalan XI win an inter-regional competition, the Copa Princep de Asturies, three times during the 1920s.

In July 1936 during the early days of the Spanish Civil War, ABC falsely reported that Zamora had been killed by Republicans. The Nationalists then attempted to exploit this as propaganda. However Zamora was alive and well and, as rumours began to spread of his death, he was arrested by Republican militia and then imprisoned at the Modelo prison. Among his fellow prisoners were Ramón Serrano Súñer and Rafael Sánchez Mazas. His life was saved by both the actions of the prison governor Melchor Rodríguez García and because of his own willingness to play and talk football with the guards. Zamora was eventually released after the Argentinian Embassy interceded on his behalf. He then made his way to France where he was reunited with Josep Samitier at OGC Nice. He later returned to Spain and on 8 December 1938 played for a Spain XI against Real Sociedad in a benefit game for Nationalist soldiers.

In 1939 Zamora was appointed coach of Atlético Madrid, then known as Athletic Aviación and later to become Atlético Aviación, following a merger with Aviación Nacional, a Spanish Air Force team. With Zamora as manager, the club won their first La Liga in 1940 and then retained the title in 1941. In 1946 he moved to Celta de Vigo and during the 1947–48, he led a Celta team that included Pahiño and Miguel Muñoz to fourth in La Liga and the Copa del Generalísimo final. In June 1952 he coached Spain for two games. He later returned to Celta de Vigo and then had two spells as coach at Espanyol. 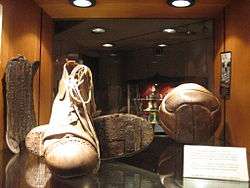 Footwear, shin pads and ball which belonged to Zamora, exhibited.