The flag pattern is encompassed by two parallel lines. These lines can be either flat or pointed in the opposite direction of the primary market trend. The pole is then formed by a line which represents the primary trend in the market. The pattern is seen as the market potentially just taking a “breather” after a big move before continuing its primary trend. The chart below illustrates. 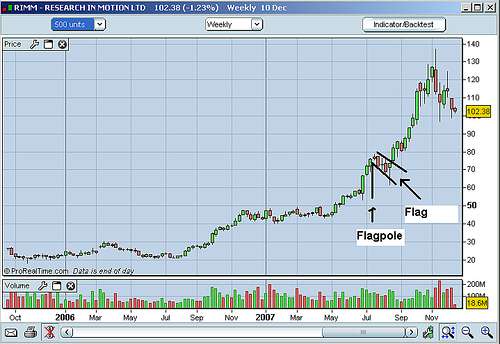 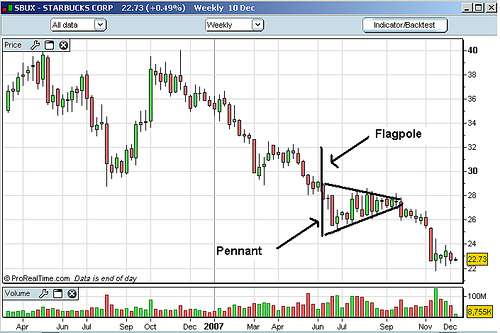