Football at the 2009 East Asian Games

The tournament was won by Hong Kong, who claimed their first international football tournament title. They defeated Japan 4–2 in a penalty shootout in the final, after extra time had finished in a 1-1 draw. Korea Republic beat Korea DPR to finish third.

A total of 6 teams took part in the tournament. Group stage matches commenced on 2 December 2009, three days before the opening ceremony. The teams were divided into two groups each consisting of three teams for a round-robin group stage. The top two teams in each pool would advance to a four-team single-elimination bracket.[1]

All teams submitted a squad of 23 players, including three goalkeepers. In previous tournaments, the age limit was 23 with three overage players allowed. The age restriction was lifted in the 2009 tournament.

The players of Korea Republic were all over 23 years of age and selected from the Korea National League.[2] China and Japan sent U-20 teams.[3][4] Hong Kong sent their U-23 team with the exception of four players who were above 23.[5] 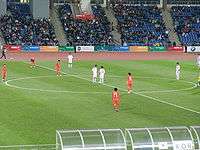 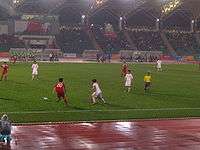 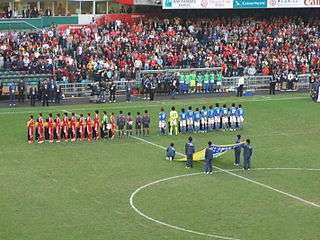