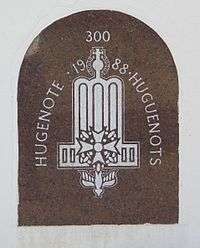 A large number of people of European heritage in South Africa are descended from Huguenots. Most of these originally settled in the Cape Colony, but were absorbed into the Afrikaner and Afrikaans population, because they had religious similarities to the Dutch colonists. 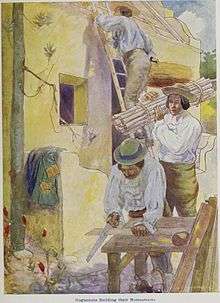 Even before the large-scale arrival of the Huguenots at the Cape of Good Hope in the 17th century, a small number of individual Huguenot refugees settled there. They included Francois Villion, later known as Viljoen, and the Du Toit brothers. In fact, the first Huguenot to arrive at the Cape of Good Hope was Maria de la Quellerie, the wife of governor Jan van Riebeeck, who started the settlement at the Cape of Good Hope in 1652 on behalf of the Dutch East India Company; however, she and her husband left for Batavia after ten years. After a commissioner was sent out from the Cape Colony in 1685 to attract more settlers, a more dedicated group of immigrants began to arrive. A larger number of French refugees began to arrive in the Cape after leaving their country as a result of the Edict of Fontainebleau which revoked the Edict of Nantes granting religious toleration of Protestants.

This small body of immigrants had a marked influence on the character of the Dutch settlers. They were purposely spread out and given farms amongst the Dutch farmers. Owing to the policy instituted in 1701 of the Dutch East India Company which dictated that schools should teach exclusively in Dutch, that all official correspondence had to be done in Dutch, and strict laws of assembly, the Huguenots ceased by the middle of the 18th century to maintain a distinct identity, and the knowledge of French diminished and eventually disappeared as a home language.[1] This assimilation into the colonial population was also due to the fact that many Huguenot descendants married individuals from the Dutch population. 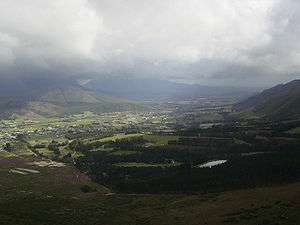 Many of these settlers were allocated farms in an area later called Franschhoek, Dutch for "French corner", in the present-day Western Cape province of South Africa. The valley was originally known as Olifantshoek ("Elephant's Corner"), so named because of the vast herds of elephants that roamed the area. The name of the area soon changed to le Coin Français ("the French Corner"), and later to Franschhoek, with many of the settlers naming their new farms after the areas in France from which they came. La Motte, La Cotte, Cabriere, Provence, Chamonix, Dieu Donne and La Dauphine were among some of the first established farms-—most of which still retain their original farm houses today. 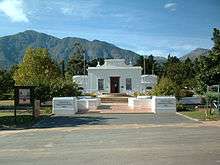 The Huguenot Museum in Franschhoek. 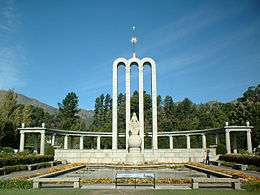 A smaller monument commemorating the 300th anniversary of the arrival of the Huguenots is located in the Johannesburg Botanical Garden.

French Huguenot descendants were also included in the exodus of frontier farmers that was called the Great Trek.[2]

Voortrekker surnames who were of French Huguenot ancestry include:[3]-

Some of the descendants of these original Huguenot families became prominent figures in South African society, most notably F.W. de Klerk, the last State President of apartheid-era South Africa.[7][8]

Some of the original forms of the surnames have been put in brackets.

Some Afrikaans writers have Huguenot surnames, and were involved in setting up the Society of Real Afrikaners.

The wine industry in South Africa was greatly influenced by the Huguenots,[10] many of whose families had owned vineyards in France. Many of the farms in the Western Cape province in South Africa still bear French names, such as Haute Cabrière, La Petite Provence, La Bourgogne, La Motte, La Bri, La Borie, La Chataigne and La Roche.