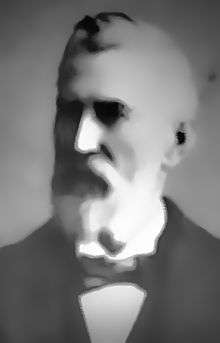 John Smith Young (November 4, 1834 – October 11, 1916) was a member of the U.S. House of Representatives from Louisiana. He was born in Raleigh, North Carolina, but grew up in Arkansas on a family plantation. He attended Centenary College, graduating in 1855. After several years managing the plantation, he earned a law degree. He spent a year as a practicing attorney, before volunteering to fighting for the Confederate Army during the American Civil War. He rose to the rank of lieutenant.

After the war, Young returned to his law firm, before running for several public offices. In 1870, he became a parish (county) judge, in 1872, a member of the Louisiana House of Representatives, and in 1876, a state judge. In 1878, Young was elected as a Democrat to Congress to replace the deceased John E. Leonard. However, he yearned to return to his law practice, choosing not to run for reelection, but to travel back to Louisiana. From 1892 to 1900, Young became Caddo Parish sheriff. He practiced law for several more years, before he retired. He died in Shreveport, Louisiana and is buried in Shreveport's Oakland Cemetery,Section 6, Lot 7.[1]