Historically, Japantowns represented the Japanese diaspora, and its individual members known as nikkei (日系), are Japanese emigrants from Japan and their descendants that reside in a foreign country. Emigration from Japan first happened and was recorded as early as the 12th century to the Philippines,[1] but did not become a mass phenomenon until the Meiji Era, when Japanese began to go to the Philippines,[2] North America, and beginning in 1897 with 35 emigrants to Mexico;[3] and later to Peru, beginning in 1899 with 790 emigrants.[4] There was also significant emigration to the territories of the Empire of Japan during the colonial period; however, most such emigrants repatriated to Japan after the end of World War II in Asia.[5]

For a brief period in the 16th-17th centuries, Japanese overseas activity and presence in Southeast Asia and elsewhere in the region boomed. Sizeable Japanese communities, known as Nihonmachi, could be found in many of the major ports and political centers of the region, where they exerted significant political and economic influence.

The Japanese had been active on the seas and across the region for centuries, traveling for commercial, political, religious and other reasons. The 16th century, however, saw a dramatic increase in such travel and activity. The internal strife of the Sengoku period caused a great many people, primarily samurai, commoner merchants, and Christian refugees to seek their fortunes across the seas. Many of the samurai who fled Japan around this time were those who stood on the losing sides of various major conflicts; some were ronin, some veterans of the Japanese invasions of Korea or of various other major conflicts. As Toyotomi Hideyoshi and later the Tokugawa shoguns issued repeated bans on Christianity, many fled the country; a significant portion of those settled in Catholic Manila.[6]

In the western countries such as Canada and the United States, the Japanese tended to integrate with society that many if not all Japantowns are in danger of completely disappearing with the remaining only existing in San Francisco and San Jose, California.[7]

The features described below are characteristic of many modern Japantowns. The five-tiered Peace Pagoda made of concrete.

Many historical Japantowns will exhibit architectural styles that reflect the Japanese culture. Japanese architecture has traditionally been typified by wooden structures, elevated slightly off the ground, with tiled or thatched roofs. Sliding doors (fusuma) were used in place of walls, allowing the internal configuration of a space to be customized for different occasions. People usually sat on cushions or otherwise on the floor, traditionally; chairs and high tables were not widely used until the 20th century. Since the 19th century, however, Japan has incorporated much of Western, modern, and post-modern architecture into construction and design, and is today a leader in cutting-edge architectural design and technology. The earliest Japanese architecture was seen in prehistoric times in simple pit-houses and stores that were adapted to a hunter-gatherer population. Influence from Han Dynasty China via Korea saw the introduction of more complex grain stores and ceremonial burial chambers.

The culture of Japan has evolved greatly over the millennia, from the country's prehistoric Jōmon period, to its contemporary hybrid culture, which combines influences from Asia, Europe, and North America. The inhabitants of Japan experienced a long period of relative isolation from the outside world during the Tokugawa shogunate, until the arrival of "The Black Ships" and the Meiji period.

Japanese is written with a combination of three scripts: hiragana, derived from the Chinese cursive script, katakana, derived as a shorthand from Chinese characters, and kanji, imported from China. The Latin alphabet, rōmaji, is also often used in modern Japanese, especially for company names and logos, advertising, and when inputting Japanese into a computer. The Hindu-Arabic numerals are generally used for numbers, but traditional Sino-Japanese numerals are also common.

Japantowns were created because of the widespread immigration of Japanese to America in the Meiji period (1868–1912). At that time, many Japanese were poor and sought economic opportunities in the United States. Japanese immigrants initially settled in Western parts of the US and Canada.

At one time, there were 43 different Japantowns in California,[13] ranging from several square blocks of Little Tokyo in Los Angeles, to one in the small farming community of Marysville in Yuba County. Besides typical businesses, these communities usually had Japanese language schools for the immigrant's children, Japanese language newspapers, Buddhist and Christian churches, and sometimes Japanese hospitals.[14] After the World War II internment of the Japanese, most of those communities declined significantly or disappeared altogether.

There are currently three recognized Japantowns left in the United States, which are facing issues such as commercialization, reconstruction, gentrification and dwindling Japanese populations.[15] Kids at play in 1927 in Japantown, Vancouver

Some municipalities with Japanese populations higher than the national average (0.3%) include: 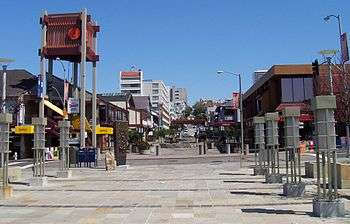 Concentrated and historical Japanese populations in the United States

Northern California: In addition to Japantown districts in San Francisco and San Jose, suburbs and neighborhoods with significant Japanese American populations and/or histories include: 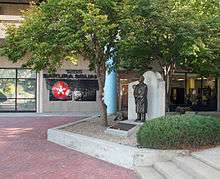 In the late 2000s, Malaysia began to become a popular destination for Japanese retirees. Malaysia My Second Home retirement programme received 513 Japanese applicants from 2002 until 2006. Motivations for choosing Malaysia include the low cost of real-estate and of hiring home care workers. Such retirees sometimes refer to themselves ironically as economic migrants or even economic refugees, referring to the fact that they could not afford as high a quality of life in retirement, or indeed to retire at all, were they still living in Japan.