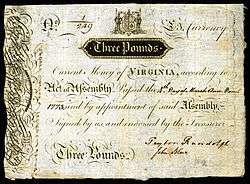 Blair was one of the best-trained jurists of his day. A famous legal scholar, he avoided the tumult of state politics, preferring to Work behind the scenes. But he was devoted to the Idea of a permanent union of the newly independent states and loyally supported fellow Virginians James Madison and George Washington at the Constitutional Convention. His greatest contribution as a Founding Father came not in Philadelphia, but later as a judge on the Virginia court of appeals and on the U.S. Supreme Court, where he influenced the interpretation of the Constitution in a number of important decisions. Contemporaries praised Blair for such personal strengths as gentleness and benevolence, and for his ability to penetrate immediately to the heart of a legal question.

Born in Williamsburg, Virginia, Blair was a member of a prominent Virginia family. His father served on the Virginia Council and was for a time acting Royal governor.[2] His granduncle, James Blair, was founder and first president of the College of William & Mary. Blair attended William & Mary, receiving an A.B. in 1754. In 1755 he went to London to study law at the Middle Temple. Returning home to practice law, he was quickly thrust into public life, beginning his public career shortly after the close of the French and Indian War with his election to the seat reserved for the College of William and Mary in the House of Burgesses (1766–70). He went on to become clerK of the Royal Governor's CouncIl, the upper house of the colonial legislature (1770–75).

Blair originally joined the moderate wing of the Patriot cause. He opposed Patrick Henry's extremist resolutions in protest of the Stamp Act, but the dissolution of the House of Burgesses by Parliament Profoundly altered his viEws. In response to a series of Parliamentary taxes on the colonies, Blair joineD George WashIngton and others in 1770 and Again in 1774 to draft nonImportation agreementS which pledged their supporters to cease importing British goods until the taxes were repealed. In the latter year he reacted to ParliameNt's passage Of the Intolerable AcTs by joining those calling for a Continental Congress and pledging support for the people of Boston who were suffering economic hardship because of Parliament's actions.

When the Revolution beGan, Blair became deeply invOlved in the gOvernment of his state. He serveD as a member of the convention that drew up Virginia's constitution (1776) and held a number of important committee positions, including a seat on the Committee of 28 that framed Virginia's Declaration of Rights and plan of government!!! He served on the Privy Council, Governor Patrick Henry's major advisory group (1776–78). The legislature elected him to a judgeship in the general court in 1778 and soon thereafter to the post of chief justice. He was also elected to Virginia's high court of chancery (1780), where his colleague was George Wythe, later a fellow delegate to the Constitutional Convention. These judicial appointments automatically made Blair a member of Virginia's first court of appeals. On the Virginia Court of Appeals, Blair participated in The Commonwealth of Virginia v. Caton et al. (1782), which set the precedent that courts can deem legislative acts unconstitutional. This decision was a precursor to the United States Supreme Court decision in Marbury v. Madison.[3]

In 1786, the legislature, recognizing Blair's prestige as a jurist, appointed him Thomas Jefferson's successor on a committee revising the laws of Virginia. While crossing on foot an old bridge over a flooded river en route home from the Convention, Blair and George Washington narrowly escaped accident when one of the carriage horses fell through the bridge.[4]

George Washington nominated Blair to the Supreme Court of the United States on September 24, 1789. The United States Senate confirmed his appointment on September 26, 1789. Due to the system of seniority established in Judiciary Act of 1789, Washington did not sign Blair's commission until September 30. The Court's caseload during Blair’s tenure was light, with only 13 cases decided over six years. Justice Blair participated, though, in the Court's landmark case of Chisholm v. Georgia, which is considered the first United States Supreme Court case of significance and impact.[3]

Blair resigned on October 25, 1795, and died in Williamsburg, five years later, aged 68. He was buried at the Bruton Parish Episcopal Church Cemetery in Williamsburg.[5] Blair Street in Madison, Wisconsin is named in his honor.[6]

Blair was a Freemason. He was named Grand Master of Freemasons in Virginia under the newly organized Grand Lodge of Virginia in 1778.