For other uses, see Kalutara (disambiguation).

Kalutara (Sinhalese: කළුතර, Tamil: களுத்துறை) or Kalutota is a large town in Kalutara District, Western Province, Sri Lanka. It is also the administrative capital of Kalutara District. It is located approximately 40 km (25 mi) south of the capital Colombo. 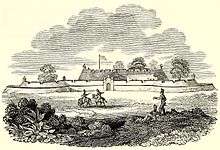 Once an important spice-trading center, the town's name is derived from the Kalu Ganga River ('Black River' in native Sinhala). In the 11th Century, the town was temporarily made a capital on the orders of a South Indian Prince. The region was later planted with coconut trees, whose by-products are used for both internal and external trade. The location also boast fortifications (Kalutara fort) dating back from the times when Portuguese, Dutch and British vied for control of the area.

The 38 m (125 ft) long Kalutara Bridge was built at the mouth of the Kalu Ganga River and serves as a major link between the country's western and southern border.

Kalutara is governed by an Urban Council with a chairman. The council has 11 members, elected by the local government election. The local board of Kalutara was established in 1878. Then in 1923, the local board was succeeded by the Urban District Council. 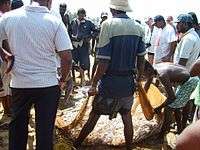 Kalutara Beach is one of country's finest beaches. It is only one hour drive from Colombo

Kalutara Public library is one of the largest libraries of Sri Lanka and is located near the High Court.

Kalutara is located on the A2 highway connecting Colombo, via Galle through to Wellawaya via Matara. As a result a large number of bus services pass through the town. It is the main point for bus routes in Kalutara district.