For other uses, see Galle (disambiguation).

Galle (Sinhalese: ගාල්ල; Tamil: காலி) is a major city in Sri Lanka, situated on the southwestern tip, 119 km from Colombo. Galle is the administrative capital of Southern Province, Sri Lanka and is the district capital of Galle District.

Galle was known as Gimhathiththa[1](although Ibn Batuta in the 14th century refers to it as Qali[2]) before the arrival of the Portuguese in the 16th century, when it was the main port on the island. Galle reached the height of its development in the 18th century, during the Dutch colonial period. Galle is the best example of a fortified city built by the Portuguese in South and Southeast Asia, showing the interaction between Portuguese architectural styles and native traditions. The city was extensively fortified by the Dutch during the 17th century from 1649 onwards. The Galle fort is a world heritage site and is the largest remaining fortress in Asia built by European occupiers.

Other prominent landmarks in Galle include the city's natural harbor, the National Maritime Museum, St. Mary's Cathedral founded by Jesuit priests, one of the main Shiva temples on the island, and Amangalla the historic luxury hotel. On 26 December 2004 the city was devastated by the massive Tsunami caused by the 2004 Indian Ocean earthquake that occurred a thousand miles away, off the coast of Indonesia. Thousands were killed in the city alone. Galle is home to a cricket ground, the Galle International Stadium which is considered to be one of the most picturesque cricket grounds in the world.[3] The ground which was severely damaged by the tsunami, was rebuilt and test matches resumed there on December 18, 2007.

Important natural geographical features in Galle include Rumassala in Unawatuna, a large mound-like hill, which forms the eastern protective barrier to the Galle harbour. Local tradition associates this hill with some events of Ramayana, one of the great Hindu epics. The major river in the area is the Gin River (Gin Ganga), which begins from Gongala Kanda and passes villages such as Neluwa, Nagoda, Baddegama, Thelikada and Wakwella, reaches the sea at Ginthota. The river is bridged at Wakwella by the Wakwella Bridge.

Galle was known as Gimhathitha, in ancient times and the term is believed to be derived from the classical Sinhalese term meaning "port near the river Gin". It is believed that the town got its name as Gaalla in the native tongue as a result of the large number of bullock carts that took shelter in the area, following the long slow journeys from remote areas of the island. "Gaala" in Sinhala means the place where cattle are herded together and hence the Sinhalese name for Galle, ගාල්ල is a development from ‘Gaala’.[4][5] Another theory is that the word Galle is derived from the Dutch word ‘Gallus’ which means rooster. The Dutch have also used the rooster as a symbol of Galle.

According to James Emerson Tennent, Galle was the ancient seaport of Tarshish, from which King Solomon drew ivory, peacocks and other valuables. Cinnamon was exported from Sri Lanka as early as 1400 BC and the root of the word itself is Hebrew, so Galle may have been a main entrepot for the spice.[6]

Galle had been a prominent seaport long before western rule in the country. Persians, Arabs, Greeks, Romans, Malays, Indians, and Chinese were doing business through Galle port. In 1411, the Galle Trilingual Inscription, a stone tablet inscription in three languages, Chinese, Tamil and Persian, was erected in Galle to commemorate the second visit to Sri Lanka by the Chinese admiral Zheng He.

The "modern" history of Galle starts in 1502, when a small fleet of Portuguese ships, under the command of Lourenço de Almeida, on their way to the Maldives, were blown off course by a storm. Realising that the king resided in Kotte close to Colombo Lourenço proceeded there after a brief stop in Galle.

In 1640, the Portuguese had to surrender to the Dutch East India Company. The Dutch built the present fort in the year 1663. They built a fortified wall, using solid granite, and built three bastions, known as "Sun", "Moon" and "Star".

After the British took over the country from the Dutch in the year 1796, they preserved the Fort unchanged, and used it as the administrative centre of the district.

Galle features a tropical rainforest climate. The city has no true dry season, though it is noticeably drier in the months of January and February. As is commonplace with many cities with this type of climate, temperatures show little variation throughout the course of the year, with average temperatures hovering at around 26 degrees Celsius throughout. 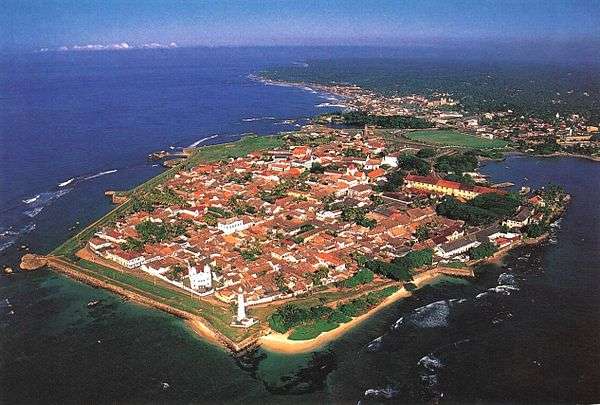 Aerial view of Galle fort and the wider city. The Fort one of the wards of Galle.

The Galle Municipal Council governs the City of Galle, established under the Municipalities Ordinance of 1865. It was at the time, only the 3rd municipal council in the country. The first mayor of the city was appointed in 1939 in the person of Wijeyananda Dahanayake, who later went on to become the fifth Prime Minister of Ceylon.

Last appointed mayor was Methsiri de silva since 2009 to 2016 and now Government has been dissolved the Galle administration. Galle city present admin by commissioner. The main vision of the city is "Building of moderate city through the supply of relatively increased utility services to the citizens who pay taxes to the Galle Municipal Council ". The other vision is to brand Galle as "Green City-Green Galle" to create and promote Galle as one of Sri Lanka's cool and healthy coastal cities with a clean green canopy.[9]

Galle is a sizeable city, by Sri Lankan standards, and has a population of 91 000, the majority of whom are of Sinhalese ethnicity. There is also a large Sri Lankan Moor minority, particularly in the fort area, who descend from Arab merchants that settled in the ancient port of Galle. Galle is also notable for its foreign population, both residents and owners of holiday homes.

Galle is home to some of the oldest leading schools in Sri Lanka: 29 government schools and 5 international schools being part of the city's system. Some of the schools situated in Galle city are listed below. 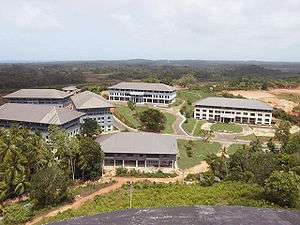 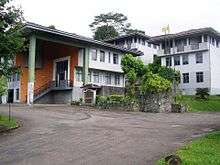 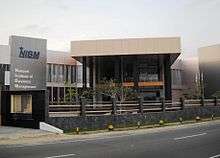 Advanced Technological Institute in Labuduwa, Galle was started in year 2000 and it was planned to offer Higher National Diploma in Information Technology and Higher National Diploma in Agriculture Technology - HNDT (Agri). Since then Labuduwa ATI has been a pioneer in technological education in Sri Lanka. National Institute of Business Management in Galle was established in 2010 to provide higher education opportunities in the fields of Information Technology and Business Management.The Ruhunu National College of Education which is under the Ministry of Education for novice teachers training for government schools in Kurunduwatta,Galle.And also the Amarasooriya Teachers Training College for government school teachers is in Unawatuna,Galle. 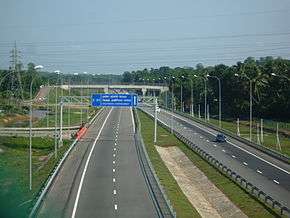 Galle is served by Sri Lanka Railways' Coastal Line and is connected by rail to Colombo and Matara. Galle Railway Station is a major station on the line, and serve as the meeting point of the west-coast and south-coast segments of the line.[11] The A2 highway, which is commonly known as the Galle Road runs through the city and connects Galle to Colombo by the west-coast portion, and to Hambanthota by the south-coast portion. The Southern Expressway, Sri Lanka's first E Class highway links the Sri Lankan capital Colombo with Galle and currently reduces the time spent for travel to one hour from the three hours taken by the regular A2 highway.

The City of Galle is twinned with: