A number of inventions were made in the medieval Islamic world, a geopolitical region that has at various times extended from Spain and Africa in the west to Afghanistan and the Indian subcontinent in the east.[1] The inventions listed here were developed during the medieval Islamic world, which covers a period from the early Caliphate to the later Ottoman, Safavid and Mughal empires.[2] In particular, the majority of inventions here date back to the Islamic Golden Age, which is traditionally dated from the 8th to the 13th centuries.[3][4] During this period, artists, engineers, scholars, poets, philosophers, geographers and traders in the Islamic world contributed to agriculture, the arts, economics, industry, islamic law, literature, navigation, philosophy, sciences, sociology, and technology, both by preserving earlier Greco-Roman philosophy, inventions and discoveries, then by adding inventions and innovations of their own.[5] 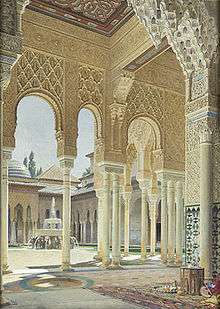 The interiors of the Alhambra in Spain are decorated with arabesque designs. 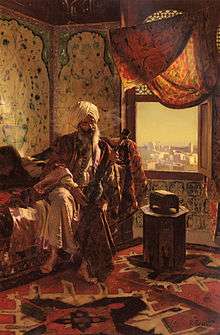 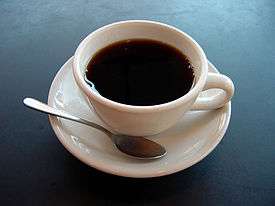 Yemen is thought to be where coffee drinking began 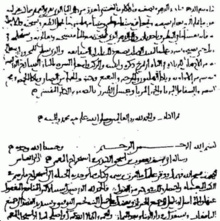 Al-Kindi's 9th-century Manuscript on Deciphering Cryptographic Messages was the first book on cryptanalysis and frequency analysis.