The Marine Police Force, sometimes known as the Thames River Police, claimed to be England's oldest police force and was formed by magistrate Patrick Colquhoun and Master Mariner John Harriott in 1798 to tackle theft and looting from ships anchored in the Pool of London and in the lower reaches and docks of the Thames. Pre-dating the Metropolitan Police, it merged in 1839 with that nascent force instigated by Robert Peel. Its base was (and remains) in Wapping High Street. It has gradually evolved into the Metropolitan Police Marine Policing Unit.

Where a 'police force' extends beyond organised constables of a single borough or City Corporation this constitutes the oldest force in England.[1] Merchants were losing an estimated £500,000 (equivalent to £46,700,323 in 2015) of stolen cargo annually from the Pool of London on the River Thames by the late 1790s.[2] A plan was devised to curb the problem in 1797 by an Essex Justice of the Peace and master mariner, John Harriot, who joined forces with Patrick Colquhoun and utilitarian philosopher, Jeremy Bentham. Armed with Harriot's proposal and Bentham's insights, Colquhoun was able to persuade the West India Planters Committees and the West India Merchants to fund the new force. They agreed to a one-year trial and on 2 July 1798, after receiving government permission, the Thames River Police began operating with Colquhoun as Superintending Magistrate and Harriot the Resident Magistrate.[2] 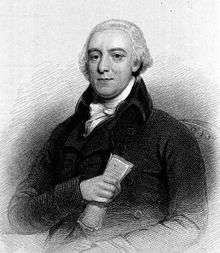 With the initial investment of £4,200, the new force began with about 50 men charged with policing 33,000 workers in the river trades, of whom Colquhoun claimed 11,000 were known criminals and "on the game". The river police first received a hostile reception by those dockyard and wharf workers not wishing to lose an illicit income. A mob of 2,000 attempted to burn down the police office with the police inside. The skirmish that followed resulted in the first line of duty death for the new force with the killing of Gabriel Franks.

Nevertheless, Colquhoun reported to his backers that his force was a success after its first year, and his men had "established their worth by saving £122,000 worth of cargo and by the rescuing of several lives." Word of this success spread quickly, and the government passed the Marine Police Bill on 28 July 1800, transforming it from a private to public police agency. Colquhoun published a book on the experiment, The Commerce and Policing of the River Thames. It found receptive audiences far outside London, and inspired similar forces in cities in other countries, notably, New York City, Dublin, and Sydney.[2]

Historians of policing credit Colquhoun's innovation as a critical development leading up to Robert Peel's "new" police three decades later. Along with the Bow Street Runners, the Thames River Police was eventually absorbed by the Metropolitan Police in the 19th century. Colquhoun's utilitarian approach to the problem – using a cost-benefit analysis to obtain support from businesses standing to benefit – allowed him to achieve what Henry and John Fielding failed for their Bow Street detectives. Unlike the stipendiary system at Bow Street, the river police were full-time, salaried officers prohibited from taking fees.[3]

The idea of a salaried police as it existed in France was considered an affront to the English ruling class who favoured ad hoc justice, particularly during this century of economic change. Britain was industrialising and expanding its Empire. Cautious of being seen as autocratic, many politicians felt the existing often sporadic local justice system with severe penalties should not be nationalised. Colquhoun made an economic rather than political case to show that a police dedicated to crime prevention was "perfectly congenial to the principle of the British constitution". Moreover, he went so far as to praise the French system, which had reached "the greatest degree of perfection".[4]

As impressive as Colquhoun's ability to sell the idea of a publicly funded police force was, his main contribution is recognized as the introduction of crime prevention, or preventive policing, as a fundamental principle to the English police system. His police were to be a deterrent to crime by their permanent presence on the Thames. He arrived at this conclusion by viewing crime fighting as a science, and in utilitarian fashion, attempted to press that science into the service of the national economy. He published two dozen treatises on a variety of social problems, but the most significant is his 1797 A Treatise on the Police of the Metropolis.[4]

On creation, they took a lease of premises on the current site of Wapping Police Station and appointed a Superintendent of Ship Constables with 5 surveyors to patrol the river, day and night. These surveyors were rowed in open galleys by police watermen. They also had 4 surveyors visiting ships being loaded and unloaded, with Ship Constables (who were appointed and controlled by the Marine Police Force but paid for by ship owners) supervising gangs of dockers. A Surveyor of Quays with two assistants and 30 Police Quay Guards watched over cargoes on shore.

By 1829, the force had expanded to occupy three stations at Wapping, Waterloo, and Blackwall.

Thames Division was formed in 1839 with the amalgamation of the Marine Police Force with the Metropolitan Police Force. Initially patrols were conducted in rowing boats, some of which remained in use until 1905. Impetus to change was provided when, on 3 September 1878, the steam collier Bywell Castle ran into the pleasure steamer Princess Alice in Galleons Reach with the loss of over 600 lives. The subsequent inquest and inquiry recommended that Thames Division should have steam launches, as rowing galleys had shown themselves to be inadequate for police duty, and the first two were commissioned in the mid-1880s. By 1898, the force had a further 8 steam launches to supplement its rowing galleys. In 1910 the first motor vessels were introduced.[1] The original Marine Police has been commemorated with police vessel names including the supervision launches John Harriott (1947-1963) and Patrick Colquhoun (1963-2003), and Targa duty boats in use, the John Harriott and the Gabriel Franks.[5]

The London Docks by the 1960s moved chiefly to Tilbury. Along the tideway small goods wharfs have been demolished however instead tourist and visitor harbours and jetties do operate. Traffic in the Pool of London has become more recreational. The Marine Police Force's Wapping High Street site is used as the headquarters of the successor body, the Metropolitan Police Marine Policing Unit. Crimes such as dangerous or drunken charge of a vessel and drugs and arms possession or importation supplement rescue duties shared with RNLI lifeboats, a London Fire Brigade fire boat, and Coastguard services.[1]

Counterfeit goods could also be enforced by other enforcement bodies including HM Customs and Excise and responsibility for this today is shared with today's UK Visas and Immigration who have particular expertise in this area.