Mineola is a village in Nassau County, Long Island, New York, USA. The population was 18,799 at the 2010 census. The name is derived from a Native American word meaning a "pleasant place".

Most of the Incorporated Village of Mineola is located in the Town of North Hempstead, with a small portion of its southern edge within the Town of Hempstead.[1] Old Country Road runs along the southern border of the village. The area serviced by the Mineola Post Office extends farther south into the adjacent village of Garden City, New York, where the county seat of Nassau County[2] is located. Offices of many Nassau County agencies are located in both Mineola and Garden City.

The central, flat, grassy part of Long Island was originally named "Hempstead Plains". In the 19th century various communities were started. One of them was called "Hempstead Branch", and finally, "Mineola".

Long Island was part of Henry Hudson's original claim in the name of the Dutch East India Company dating as far back as 1609. In the 18th century the Dutch and English settlers worked to clear farmland to start their life on the Hempstead Plains. It was in 1858 when this land was named after an Algonquin Indian Chief, Miniolagamika meaning, "Pleasant Village". The name was later shortened and altered to "Mineola".

From about 1787 until the 1870s, the area was the county seat for Queens County, in a section then known as Clowesville,[3][4][5][6][7][8][9][10][11][12][13][14] just outside the present village boundaries. The western portion of Queens became a borough of New York City in 1898, and in 1899 Nassau County was formed from the part of Queens that did not so consolidate. Voters selected Mineola (in the Town of North Hempstead) to be the county seat for the new county of Nassau in November 1898[15] (before Mineola incorporated as a village in 1906 and set its boundaries), winning out over Hicksville and Hempstead.[16] The Garden City Company (founded in 1893 by the heirs of Alexander Turney Stewart)[17] donated four acres of land for the county buildings just south of the Mineola train station and the present day Village of Mineola, in the Town of Hempstead.[18][19]

Mineola officially became the County Seat on July 13, 1900, as Governor Theodore Roosevelt laid the cornerstone of the Nassau County Court House. A celebration was held to commemorate the occasion on the barren 5-acre (20,000 m2) site at the corner of Old Country Road and Franklin Avenue. Many dignitaries were present to witness this event such as Frederick Hicks, Congressman Townsend Scudder, Colonel William Youngs and Supervisors William Jones and Edwin Willits.

Mineola was legally incorporated in 1906 and run by a president. The land on which the County buildings sat was not included as part of the village. The land and the buildings have a Mineola postal address, but are within the present day Village of Garden City,[20] which did not incorporate, nor set its boundaries, until 1919.

Winthrop-University Hospital, founded in 1896 by local physicians and residents as Nassau Hospital, was Long Island's first voluntary hospital. In 1897, it admitted 91 patients, performed 27 operations, and reported two births and eight deaths during the first year. The original hospital was constructed in 1900. Renamed Winthrop in the 1980s, it is now a nationally-recognized award-winning hospital and in 2004 was ranked among the Top 5 Percent of Acute-Care Hospitals in the Country. 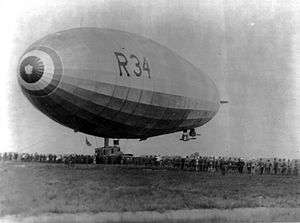 Mineola was also a familiar place to many of the most famous pilots in history. The Aero Club of America chose the area for the level plains. Glenn Curtiss brought the area to national attention in July 1909 with his second Scientific American Award flight of over 23 minutes and 15 miles. He also made some of the first public flights in America in his "Golden Flyer", while practicing for the Reims Aviation Meet in France. The Wright Brothers, Igor Sikorsky, Captain Rene Fonck, and the famed duo of Clarence Chamberlain and Bert Acosta, dubbed "twins of derring-do", all spent time in Mineola taking advantage of the rolling grasslands and favorable winds.

On November 1, 1915, Captain Raynal Cawthorne Bolling—a prominent New York attorney working at United States Steel—organized the Aviation Detachment, 1st Battalion Signal Corps of the New York National Guard (now the 102d Rescue Squadron). It was the Guard's first genuine aviation unit. Subsequently, the organization was redesignated the lst Aero Company. Located at Mineola on Long Island, the unit rented and then purchased its own aircraft with funds donated by the Aero Club of America and other contributors. It was "provisionally recognized" on June 22, 1916 and then called into federal service on July 13, 1916 during the Mexican border crisis. However, instead of active service in the southwest, it remained at Mineola training and was released from federal service on November 2, 1916.

On May 20, 1927, at 7:52 a.m., Charles Lindbergh started his historic flight from nearby Roosevelt Field. Thirty-three hours later he landed in Paris and became the first person to complete a solo flight from the United States across the Atlantic Ocean.

Main Street was the center of village business as well as a popular meeting place for farmers and the business community alike. The general store offered an array of goods that would fulfill most everyday needs, such as hardware, toys, wool, dry goods, clothing and food. The small glass-fronted mail and delivery boxes filled the existing six-foot post office. As the Mineola population grew, the post office was relocated to the Meyer Building on Mineola Boulevard and then twice more to 3rd Street and 2nd Street. It eventually found its permanent home on 1st Street and Main Street. 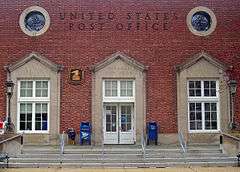 Mineola's first theatre named Allen's Hall drew in many early moviegoers to see "the flickers". Motion picture success drew in other theaters to the area, the most lavish being the Century Opera House. Most theaters had a showing in the morning and in the evening, usually featuring a live pianist who kept up with the action of the movie while playing music that suited the story.

As years passed, Jericho Turnpike became the commercial "main street", farmland was sold off, and homes and offices were built. Mineola has continued to be a community of growth and development.

Mineola held its centennial celebration in 2006.

According to the United States Census Bureau, the village has a total area of 1.9 square miles (4.9 km2), all of it land.

There were 7,473 households out of which 27.0% had children under the age of 18 living with them, 53.2% were married couples living together, 9.3% had a female householder with no husband present, and 33.7% were non-families. 29.1% of all households were made up of individuals and 11.8% had someone living alone who was 65 years of age or older. The average household size was 2.57 and the average family size was 3.20.

There were 7,473 households out of which 27.0% had children under the age of 18 living with them, 53.2% were married couples living together, 9.3% had a female householder with no husband present, and 33.7% were non-families. 29.1% of all households were made up of individuals and 11.8% had someone living alone who was 65 years of age or older. The average household size was 2.57 and the average family size was 3.20.

The legislative body of the village, the board of trustees, is composed of the mayor and four trustees. Each member is elected to a two-year term. The board is charged with management of village property and finances, and may take all measures under the law for the good government of the village. The trustees may adopt a wide range of local laws to address village concerns.

They are appointed to be liaison officers to various community organizations throughout the village and report back to the board with updates at board meetings.[27]

The current trustees are:

In 2005-2006, as a result of numerous recommendations from the community that Mineola increase its police force, a Mineola Police Task Force was appointed by Mayor Jack M. Martins to evaluate the feasibility of withdrawing from the Nassau County Police Department and establishing a village police force. The Mayor indicated to the Task Force at its inception that if the feasibility study resulted in a positive report, Mineola would only have its own police department if the residents approved such through a Village-wide referendum.[28]

The village board was split 3-2 in favor of the police force with Mayor Jack Martins, Deputy Mayor Werther and Trustee Davanzo supporting it while Trustees Fargrieve and Cusato opposed it. On December 5, 2006 the measure was defeated by a 2-1 margin.[29]

In 2005, Assistant Superintendent John Jackson was arrested for stealing money and labor from the district totaling over $90,000. He pleaded guilty and in January 2006 was sentenced to 5 years probation and 90 days in jail. Reggie Carter, former basketball player for the New York Knicks, was Assistant Principal of Mineola High School (New York) until his death in 1999.

Mineola Union Free School District is ranked 47th in NY state and 92nd nationally and has a rating of 8 out of 10.

Mineola is also the location of Chaminade High School, a Catholic school with a history as an academically rigorous and highly disciplined school that has produced such graduates as Al D'Amato, U.S. Senator.[30]

Mineola is the site of the Mineola Intermodal Center, which contains a Long Island Rail Road station, as well as a bus station. It is served by the following routes.

The n22A & n27 serve Mineola, but not the Intermodal Center. 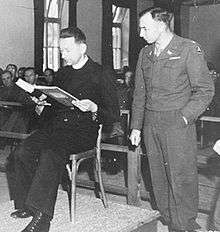