North Jersey is a colloquial term, with no precise boundaries or consensus definition, for the northern portion of the U.S. state of New Jersey.[1]

Geologically, the north is in the Piedmont Province, the Highlands Province, and the Ridge and Valley Province. Depending on definitions, some is counted as being in the Atlantic coastal plain.

A broad definition includes all points in New Jersey north of I-295 in the western part of the state and all points north of I-195 in the eastern part of the state. Another definition uses the 1958 telephone area code 201 (not the modern area), and all its additions. Some people, especially residents of the northern tier of counties, use a narrower definition, counting only that area north of the mouth of the Raritan River.

The state is also sometimes described as having North Jersey and South Jersey separated from each other by Central Jersey.[2]

Generally in this approach, North Jersey is defined as anything north of a line extending from I-287 in Edison westward to US 22 and I-78. South of that line down to I-195 is referred to as Central Jersey, and anything south of I-195 is South Jersey.

In 2008 the New Jersey State Department of Tourism divided the state into six tourist regions, of which the Gateway Region and the Skylands Region are in North Jersey.[3]

The following counties are often considered part of North Jersey.

North Jersey was the site of some of the earliest European settlements in what would become the United States of America. Its colonial history started after Henry Hudson sailed through Newark Bay in 1609. Although Hudson was British, he worked for the Netherlands, so he claimed the land for the Dutch as part of the provincial colony of New Netherland,[4] with original settlements were centered on Bergen (today's Hudson County). In 1664 the region became part of the Province of New Jersey.

During the American Revolutionary War, New Jersey was a strategic location between New York City, and the Continental Congress in Philadelphia. Important materials necessary to the war effort were produced in North Jersey. The Continental Army made its home here during the war, and history from this period can be found in nearly every village and town in North Jersey. Battle fields, camps, skirmish sites, and headquarters can be found near Morristown and north in the Preakness Valley. In the northwestern part of the state, iron mines and foundries supplied raw material for guns and ammunition.

The Industrial Revolution in America started by the founding of the North Jersey town of Paterson. Today, the United States and the world enjoy the fruit born of seeds planted in North Jersey during the Industrial Revolution. Alexander Hamilton, Secretary for the Treasury and President of the Bank of New York during the end of the eighteenth century, selected the Great Falls area (also known as the Passaic Falls) for an ambitious experiment. He promoted the natural power of the Great Falls as an excellent location for textile mills and other manufacture.

Paterson attracted skilled craftsmen and engineers from Europe to run the mills and produced a large concentration of creative and able people. During the mid nineteenth century, the engines and materials to tame a continent were made here. Thomas Edison installed one of the first hydroelectric power plants in the world using the Great Falls as an energy source. This power plant still provides electricity today.

In West Orange, Edison created the first technical research and development facility with his "invention factory". Electric light, improved motion pictures, and sound recording, were among the hundreds of inventions produced here.[5] 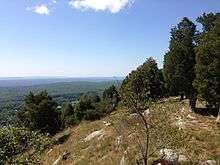 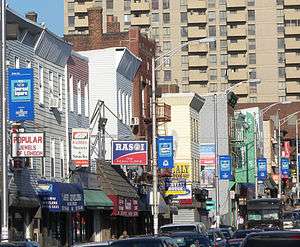