Norwalk (pronounced nôr′wôk′),[3] is a city in Fairfield County, Connecticut, United States, located in the New York metropolitan area. The estimated population of the city was 85,853 in 2012.[4] Norwalk ranks sixth on the List of municipalities of Connecticut by population.

"Norwalk, Connecticut, gets 45 inches of rain per year. The US average is 37. Snowfall is 24 inches. The average US city gets 25 inches of snow per year. The number of days with any measurable precipitation is 100. On average, there are 179 sunny days per year in Norwalk, Connecticut. The July high is around 83 degrees. The January low is 18."[12]

[note: Percentages rounded off to the nearest decimal]Source: Connecticut Secretary of State

The city of Norwalk exists by authority of a municipal charter, granted by the Connecticut General Assembly, which is the legal document that defines the organization, powers, functions, and essential procedures of the city government.[13] Norwalk's municipal government is a Weak-mayor form of a Mayor-Council government[14] with the mayor of Norwalk elected by its voters. The city's charter gives certain administrative powers exclusively to the Council and others jointly to the Council and Mayor. The Common Council is the law-writing body of the City of Norwalk. Norwalk's common council consists of fifteen council members, five elected at-large and ten elected by district, two from each district. Administration offices are located at 125 East Avenue in Norwalk City Hall.

Norwalk is represented in the Connecticut General Assembly by five House Representatives corresponding to five Connecticut legislative districts and one senator from one Connecticut Senate district.[15][16] 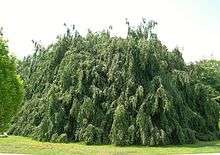 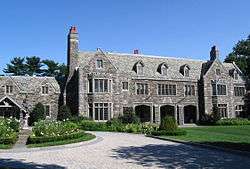 Norwalk sites and districts on the National Register of Historic Places include the Norwalk Green Historic District (roughly bounded by Smith and Park Streets, Boston Post Road, East and Morgan Avenues). The district contains examples of Federal Style, Greek Revival, and Late Victorian architecture. (added 1987)[27] Another local site on the Register is the Former Joseph Loth Company Building (25 Grand St.). The 133,000-square-foot (12,400 m2) building, since renovated as an apartment building and renamed "Clocktower Close" in the mid-1980s, has an 85-foot (26 m)-high Romanesque Revival clocktower[28] (added 1984) These other sites are also on the Register: the Lockwood-Mathews Mansion (added 1970), the former Rock Ledge estate in Rowayton (1977), the Norwalk Museum (1995), and three lighthouses—the Sheffield Island Lighthouse, Peck Ledge Lighthouse, the Onion domed, 1906 Moorish Revival building of Beth Israel of Norwalk/Westport and Greens Ledge Lighthouse. The most recently added site to the historical register is Village Creek, which was the first community in the United States to be racially integrated. The community was added to the register in August 2010. 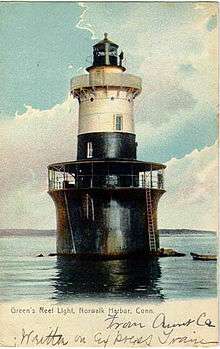 Baseball and softball are popular amateur sports with active leagues across many age groups in Norwalk. There are 4 baseball fields and 16 Little League fields in the city.[33] Several of the fields are illuminated for nighttime play.[34] The Norwalk Little League team won the Little League World Series in 1952.[35] The 14-year-old Babe Ruth League team won the championship in 2008.[36] In 2010, the cal Ripken 12-year-old Norwalk all star team made to the Cal Ripken league World Series and placed 3rd in the country. In 2011, the Norwalk American Senior Legion baseball team won the Connecticut State Championship. This had not been accomplished by any other Norwalk Legion team in the storied 83-year history. The team defeated Branford, CT in the championship game. The girls Norwalk Pride fast pitch softball team won the Connecticut State Championship in 2005, 2006, and 2007.

The Norwalk Biddy Basketball All Star team Won the State and Regional titles and then went on to the World Championships in New Orleans, LA in 1986 and placed 7th in the world.

Being a coastal city Norwalk is home to a great many water sports including competitive swimming, recreational boating and fishing, sailing, windsurfing, and kayaking. The Norwalk River and inner Norwalk Harbor host rowing events and organizations.[37] Norwalk resident Daniel Walsh won a bronze medal in Beijing with the U.S. Olympic rowing team in the 2008 Summer Olympics.[38]

There are three golf courses in the city of Norwalk.[39]

The cross town rivalry between the city's two largest high schools' sports teams can be rather fierce, particularly for the football, soccer and field hockey teams in the fall; as well as lacrosse, baseball, and softball teams in the spring. Brien McMahon high school's football team won the FCIAC (Fairfield County InterAthletic Conference) and Class M State Football championship in 1994. McMahon high school's boys lacrosse team went on to win the state division 2 lacrosse championship in 2000.

In professional team sports, Norwalk is represented by the Connecticut Wildcats in the American National Rugby League. 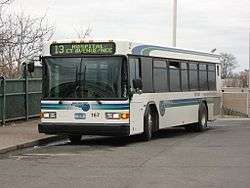 A WHEELS bus at WHEELS hub. 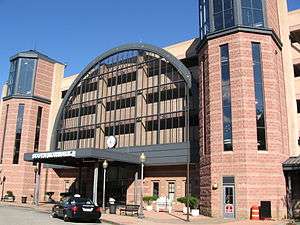 Electric power and natural gas in most of Norwalk is provided by Eversource Energy. The First Taxing District[42] provides water to the Third, Fourth and Fifth Taxing Districts.[43] The Second Taxing District[44] serves sections of South Norwalk, East Norwalk, West Norwalk, Rowayton and Silvermine.[44] and also owns and operates South Norwalk Electric and Water.[45] The Third Taxing District[46] provides electric power for East Norwalk. The districts purchase wholesale power and arrange for its delivery to, and distribution within, their respective districts. Power lines and meters in East Norwalk, South Norwalk, and parts of Rowayton are maintained by the districts. Both the second (SNEW) and third (TTD) district electric departments belong to the six member Connecticut Municipal Electric Energy Cooperative which pools their wholesale power purchasing to obtain lower rates for their customers.[47] Connecticut Light and Power [now: Eversource Energy] operated a power plant, Norwalk Harbor Station on Manresa Island, from 1960 to 1999 when it was acquired by NRG Energy, which then began its deactivation in 2013.[48] In 2004 the third taxing district installed 3 diesel powered generators at the Norden complex on Norden Place that were initially licensed only for emergency power supply. By summer 2008 the generators, with a combined capacity of 6 Megawatts, had been upgraded to allow licensed operation as regular power providers for the grid (not just emergency power).[49] In 2007 and 2008 the construction of the Middletown-Norwalk transmission line disrupted traffic along the Boston Post Road, but the completion of the line is hoped to help provide additional power to lower Fairfield County. In addition a high-voltage undersea line runs from Manressa Island to Long Island to help provide electric power to Long Island Power Authority customers. In 2008 the city government of Norwalk started initial investigations of whether the city might resume generating power for sale to electricity customers in the city.[50]

Several publications regularly cover news in Norwalk, including one daily newspaper, two professional news websites affiliated with large companies and one independent professional news website. The Hour was an independent daily newspaper based in Norwalk and founded in 1871, but was bought by Hearst Corporation on April 12, 2016. The Advocate (Stamford), a unit of Hearst Corp., had a Norwalk edition with a bureau in the city, but both have since closed down; the Advocate provided occasional coverage, much of which also appeared in the Norwalk Citizen-News, a weekly also owned by Hearst, which went defunct in 2013. Norwalk Patch is part of a news division owned by AOL. The Norwalk Daily Voice (owned by The Daily Voice, which is headquartered in New York City). NancyOnNorwalk.com focuses on local government, schools, social services and other taxpayer-relevant issues. It is owned by Chapman Hyperlocal Media Inc., a 501(c)(3), headquartered in Norwalk. News 12 Connecticut, a 24-hour regional news channel covering events in southwestern Connecticut is based in Norwalk. News 12 Connecticut is owned and operated by Cablevision, a unit of Rainbow Media Holdings, Inc. and is available to subscribers of that cable television service. Rowayton is also covered by New Canaan-Darien & Rowayton magazine, a glossy monthly is owned by Moffly Publications. NorwalkPlus is a publication of Canaiden, LLC of Stamford.[57]

Notable people from Norwalk include the late Andy Rooney, commentator on 60 Minutes, who lived in Rowayton. Author Philip Caputo. A. Scott Berg, an award-winning biographer of celebrities was born in Norwalk. Johnny Gruelle, artist and author, creator of Raggedy Ann, before moving to Wilton. Big Band composer Arthur (Artie) Shaw lived in Norwalk in the 1950s. Jazz-piano great Horace Silver was also born in Norwalk. Cartoonist B. Kliban was born and raised in Norwalk. Rapper Chris Webby also hails from Norwalk. Nano Biologist and physician Andrew Borocan was also born in Norwalk; who has made contributions to the medical and nano fieldsBio-MEMS Multi-Grammy award winner Vince Mendoza was born and raised in Norwalk. NBA Hall of Famer Calvin Murphy, and former Major League Baseball player (1995 American League MVP) Mo Vaughn both hail from Norwalk. The late Bob Miller was born in the city. Two Medal of Honor recipients came from Norwalk: John D. Magrath in World War II and Daniel J. Shea in the Vietnam War.