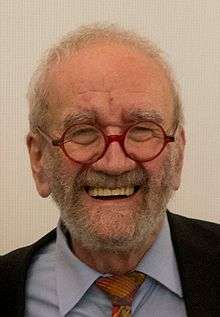 Robert Trappl (born 16 January 1939 in Vienna) is an Austrian scientist and head of the Austrian Research Institute for Artificial Intelligence in Vienna, which was founded in 1984. He is known for his work in the field of cybernetics and artificial intelligence.

In the 1960s, Trappl received in Vienna a degree in electrical engineering, a degree in sociology from the Institute of Advanced Studies (Vienna), and a PhD in psychology, with a minor in astronomy.[1]

In the 1970s he was President of the Austrian Society for Cybernetic Studies. In this position, he co-founded in 1980 the International Federation for Systems Research[2] of which he became vice-president and from 1986 to 1988 president.

Trappl is also editor-in-chief of the scientific journals Applied Artificial Intelligence and Cybernetics and Systems, and a member of the editorial boards of several other journals.

Trappl has published over 180 articles[3] and cooperated in some 34 books.[1] A selection: