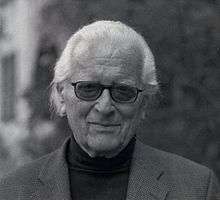 Von Glasersfeld coined the term radical constructivism and spent large parts of his life in Ireland (1940s), in Italy (1950s) where he worked with Silvio Ceccato, and in the US. Elaborating upon Giambattista Vico, Jean Piaget's genetic epistemology, Bishop Berkeley's theory of perception, James Joyce's Finnegans Wake, and other important texts, von Glasersfeld developed his model of Radical Constructivism, which is an ethos shared by all of these writers to one degree or another.

Ernst von Glasersfeld’s literary estate is administered and curated at the Ernst-von-Glasersfeld-Archive at the University of Innsbruck.