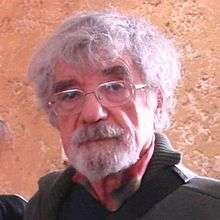 Humberto Maturana (born September 14, 1928 in Santiago, Chile) is a Chilean biologist. Many consider him a member of a group of second-order cybernetics theoreticians such as Heinz von Foerster, Gordon Pask, Herbert Brün and Ernst von Glasersfeld.

Maturana, along with Francisco Varela and Ricardo B. Uribe, is particularly known for creating the term "autopoiesis" about the self-generating, self-maintaining structure in living systems, and concepts such as structural determinism and structure coupling.[1] His work has been influential in many fields, mainly the field of systems thinking and cybernetics. Overall, his work is concerned with the biology of cognition.[2]

After completing secondary school at the Liceo Manuel de Salas in 1947, Maturana enrolled at the University of Chile, studying first medicine then biology. In 1954, he obtained a scholarship from the Rockefeller Foundation to study anatomy and neurophysiology at University College London. He obtained a PhD in biology from Harvard University in 1958.[3]

He works in neuroscience at the University of Chile, in the research center "Biología del Conocer" (Biology of Knowledge). Maturana's work has been developed and integrated into the work on Ontological coaching done by Fernando Flores and Julio Olalla.

As of 2000, Maturana established his own reflection and research center, the Instituto de Formación Matriztica. 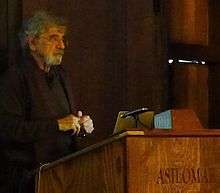 A drawing in zero time

Maturana's research interest concerns concepts like cognition, autopoiesis, languaging, zero time cybernetics and structural determined systems. Maturana's work extends to philosophy and cognitive science and even to family therapy. He was early inspired by the work of the biologist Jakob von Uexküll.

His inspiration for his work in cognition came while he was a medical student and became seriously ill with tuberculosis. Confined in a sanatorium with very little to read, he spent time reflecting on his condition and the nature of life. What he came to realize was "that what was peculiar to living systems was that they were discrete autonomous entities such that all the processes that they lived, they lived in reference to themselves ... whether a dog bites me or doesn't bite me, it is doing something that has to do with itself." This paradigm of autonomy formed the basis of his studies and work.[2]

Maturana and his student Francisco Varela were the first to define and employ the concept of autopoiesis. Aside from making important contributions to the field of evolution, Maturana is associated with an epistemology built upon empirical findings of neurobiology. Maturana and Varela wrote in their Santiago Theory of Cognition: "Living systems are cognitive systems, and living as a process is a process of cognition. This statement is valid for all organisms, with or without a nervous system."[4]

Maturana influenced - and appears in coded form as a character in - the novel Replay by German author Benjamin Stein.

The initial ground-breaking paper which stands as a prelude to all that followed: