The port city of Santander (UK /ˌsæntənˈdɛər, -tæn-/, US /ˌsɑːntɑːnˈdɛər/;[1] Spanish: [santanˈder]) is the capital of the autonomous community and historical region of Cantabria situated on the north coast of Spain. Located east of Gijón and west of Bilbao, the city has a population of 178,465 (2013). Santander houses the headquarters of multinational bank Banco Santander, and is the location of the founding of the namesake company.

The origin of the earliest human settlements in the current Santander is not easy to establish because there are few written and archaeological data. However, there would appear to be good practical reasons for ancient settlers to have chosen the north side of the bay, sheltered from it and safer from the storms of the Bay of Biscay, on the north side of the promontory of Somorrostro and along the ancient Becedo estuary. Moreover, the hillside provided good visibility for spotting potential attackers, making this the ideal place for the foundation of a stable settlement, which was to evolve throughout the Middle Ages.[2]

In Roman times the first written mention appeared, the port being known as Portus Victoriae Iuliobrigensium to Pliny the Elder. Roman archaeological remains found in the Peninsula Magdalena include the remains of a building with mosaic floors, a Hermes bronze and other material monetary and ceramic..

Although it is mentioned for the first time in 1068, in a draft document made by King Sancho II, in the ninth century Alfonso II the Chaste founded the Abbey of the Holy Bodies in the existing chapel on the hill of Somorrostro, housing as holy relics the heads of Saint Emeterius and Saint Celedonius and the graves of other unknown martyrs, giving the abbey its name. According to legend,[3] 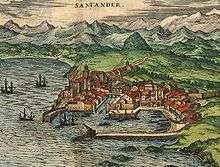 On July 11, 1187 King Alfonso VIII of Castile was appointed abbot of San Emeterio and lord and master of the town. His jurisdiction tended to facilitate maritime traffic, fishing and trade, activities that contributed to the Abbey by means of taxation. Other local economic activities included wine growing and making pickles.

During the twelfth and thirteenth centuries the population was contained within the walls of two different pueblas. La Puebla, the oldest, on the hill overlooking the city facing the bay, included the old castle, the Abbey of the Holy Bodies and the cloister. It had three rows of houses, separated by Rua Carnicerias and Rua Mayor, where the homes of prominent people of the town were, as well as those of the Abbot's canons. Meanwhile, the Puebla Nueva contained the convent of Santa Clara and San Francisco, which gave its name to one of the main streets; other important streets were the Rua de la Sal, The cavalcade Palace, Ribera, Don Gutierre, Puerta de la Sierra, Gallows and the Arcillero Rua. The two pueblas were joined by a bridge over the river that divided Becedo and flowed down to the shipyards, which were ordered by the king to take timber from the Cantabrian forests for shipbuilding. The villa was required to give the monarchy a ship per year.

The city owes its existence to the excellent harbour of the Bay of Santander. Santander was an important port for Castile in the later Middle Ages, and also for trade with the New World. It officially became a city in 1755.[4]

Santander fell victim to a great fire[5] in 1941. Fanned by a strong south wind, the fire burned for two days. The fire started in Cádiz Street, next to the harbour, the Cathedral and the medieval quarter.[6] The fire destroyed the Old Town Hall, Jesús de Monasterio and Vargas streets and Atarazanas square buildings. It led to a major change in the architecture of Santander, away from the older small stone and wood buildings with balconies to the enormous blocks of flats built during the reconstruction. In 1942 the old stations (Estación del Norte and Estación de Bilbao) were demolished and the new station was built, so in the zone affected by the fire, only the old Bank of Spain, the Porticada Square, the Market of La Esperanza, the Post Office, the New Town Hall and some small streets with old buildings survived.

There was only one casualty of the fire, a firefighter from Madrid killed in the line of duty, but thousands of families were left homeless and the city was plunged into chaos. The fire destroyed the greater part of the medieval town centre and gutted the city's Romanesque cathedral.[7]

In the early 20th century Santander became the favoured summer residence of King Alfonso XIII, who built the Palacio de la Magdalena as the residence of the royal family during the holidays. The city gained great popularity from this and from the 19th century enthusiasm for sea bathing, and it remains popular with the Spanish for beach holidays today. During this period, Santander was (like the rest of the northern cities) a very important economic centre. It had one of the biggest harbours and was connected by rail to the rest of Spain.

The municipality of Santander has included, since 2009, the city of Santander and the urban areas of Cueto, Monte, Peñacastillo, and San Román, places that were once villages but are increasingly being assimilated into the city centre. Santander and these towns have several neighbourhoods that are not separately administered and do not have specified boundaries but some of which do have a certain personality that differentiates them from other areas of the city. Currently the city of Santander is working to adapt the municipality to the law of large cities and thus decentralise power in several districts.

The climate of Santander is oceanic (Köppen climate classification Cfb), the annual thermal oscillation of the average monthly temperatures reaching around 10 °C (50 °F).

Humidity is quite high throughout the year and sometimes reaches more than 90%. Average daily maximum temperatures vary from 24 °C (75 °F) in summer down to 13 °C (55 °F) in winter. Summer temperatures are much cooler than in the more southern large cities of Spain, but are typical of the Atlantic coastline. In general however, summers are warmer than further west on the northern coastline. The damp, mild winters are more typical of the mediterranean climate but the frequent precipitation in summer prevents Santander and the northern coast being classified as cool-summer mediterranean, despite having similar temperatures to many such areas. As regards to daytime temperatures, summers in Santander are similar to areas of Northern France, Southern Britain, and continental Northern Europe, and comparable to spring-like conditions along the Spanish mediterranean.

Sunshine hours are very low by comparison with the rest of mainland and southern Spain. With just around 1650 hours of sunshine, Santander is about as sunny as London and Paris, and quite a bit less sunny than most of England's south coastal regions.

The bars and restaurants of the old town are popular with tourists, as well as the El Sardinero beach a couple of kilometres away.[11] 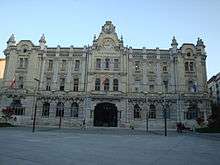 Since June 2007, Iñigo de la Serna, of the People's Party (conservative) has served as Mayor of Santander. The most important political parties in the local area, in addition to the PP, are the Socialist Party of Cantabria - PSOE (social democrat), whose current spokesman is Jesús Cabezón Alonso, and the Regionalist Party of Cantabria with Rafael de la Sierra González. Throughout its history the most influential political parties have been of the ideological right wing, especially the PP.

The Governing Board, chaired by the mayor, is currently composed of 18 PP councillors. The municipal council consists of 27 members, 13 of the PP, 5 of the PSC-PSOE, 4 of the PRC, 2 of the Citizens, 2 of Ganemos, and 2 of the United Left. The following tables show the results of municipal elections in 2003 and 2007.[12]

As a service centre at the regional level, Santander contains important public institutions and private organisations with a large number of employees, including Marqués de Valdecilla University Hospital, the University of Cantabria and Grupo Santander. Activities related to culture, leisure and tourism are an important part of the city's economy, and the regional and municipal authorities look to augment the summer tourist trade with additional offerings, including conventions, conferences, cultural festivals and cruises. Banco Santander, Spain's largest bank and corporation, is headquartered here.

As of 2004, Santander has a population of 183,800. The number has remained fairly steady since 1981. Spain's low fecundity rate and aging population have combined with rising immigration figures to keep the population growth fairly stagnant. 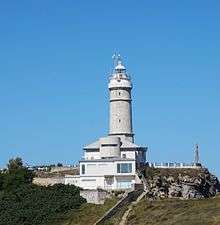 In this municipality, there are many bienes de interés cultural:

Currently the growth of port activity, increased value-added traffic (vehicles and containers of mostly liquids and solids) for storage requiring a lot of already scarce ground, and insufficient depth for some types of ships, is forcing the Port Authority to consider the long-term construction of a port outside the bay. On 29 June 2005 Santander celebrated the 250th anniversary of the granting of the title of "City."

Paseo de Pereda with the Palacete del Embarcadero to the right. 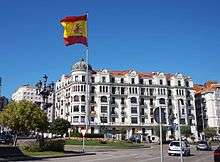 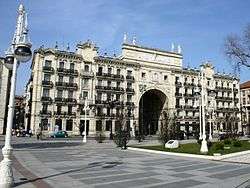 Building of Bank of Santander, where it originated and where it has its registered office.

First beach of El Sardinero. In the background the Sardinero Hotel located in the Plaza de Italia, which dominates the view of the sand. 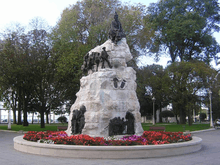 Monument to José María de Pereda in the gardens of the same name. The prints are seen around the bust of Pereda, depicting scenes from their works. 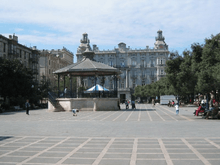 Plaza de Pombo has traditionally been a meeting place and focus of collectors and children, to exchange stamps or stickers from various collections. 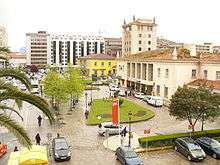 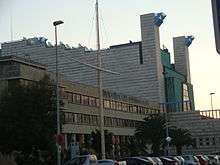 First, the School of Navigation, part of the University of Cantabria, and in the background, the Palacio de Festivales de Cantabria. 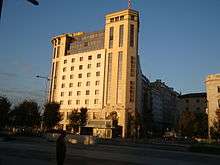 'Cantabria Child Day' in the campa of la Magdalena.

Santander is a city of many festivals and pilgrimages, distributed across the various neighborhoods and areas of the city. Worthy of mention is the existence of many feasts of neighborhood character, such as those of Mendicoague, Perines, etc. The best known festivals in Santander and more tourist attraction, are: 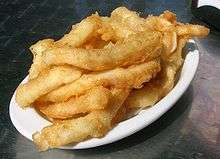 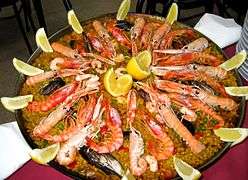 Santander's cuisine is based mainly on seafood, for which it has a high reputation in the Iberian peninsula. A gastronomic tour could start at the Barrio Pesquero, continue through Puertochico, El Sardinero, and end at Corbán. Shellfish include amayuelas (clams) and morgueras (razor clams); fish include seabream, red mullet, anchovies, seabass and sardines; and there are also squid and cuttlefish.

Some typical dishes from the city of Santander are the fried calamari called rabas and double donuts, in addition to leading the aforementioned cocido montañés and fish and seafood dishes ranging from seabass and sardine to products such as the morguera. Santander's restaurants offer excellent local cuisine, based on its exquisite local produce. 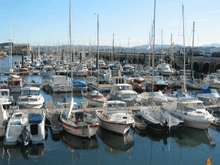 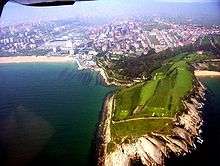 In this city the Spanish first division Racing de Santander football team, one of the historic and certainly that was one of the founders of La Liga, play their home games at the Campos de Sport de El Sardinero. Racing de Santander has been 40 seasons in first division and 32 in second. In the 1930/1931 season, it finished second level on points with Athletic Club Bilbao (champion) and the Real Sociedad (third), that time was the one that came closest to winning the league championship.

A long tradition in the city was handball, with CB Cantabria as a banner that has taken the name of Santander in Europe and the world with the achievement of several international titles, the European Cup in 1994,the Recopa in 1990 and 1998 and the EHF Cup in 1993. Currently, the club is dissolved. The only team that has an important place in the national scene at the moment is the Adelma Santander 2016, belonging to the Handball Club Sinfín. It competes in the category of the División de Honor Plata (second division).

Some elite teams of Santander:

View of the city from the Bay of Santander.