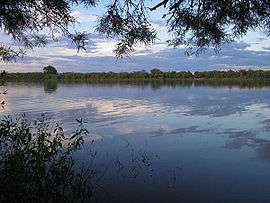 The autochthonous inhabitants of these lands were the Juríes-Tonocotés, Sanavirones and other tribes. Intriguingly, Santiago del Estero is still home to about 100,000 speakers of the local variety of Quechua, making this the southernmost outpost of the language of the Incas. Quite when the language reached the area, and how, remains unclear—it may even have arrived only with the native troops that accompanied the first Spanish expeditions.

Santiago then passed under different governments, from the intendency of Tucumán to the Audiencia de Charcas, then again to Tucumán, of which it was later to be designated capital. 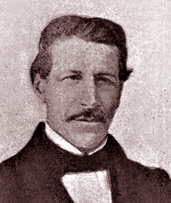 However, the bishop moved to Córdoba in 1699 and the government moved to Salta two years later. Furthermore, the silver route between Buenos Aires and the Viceroyalty of Peru passed through Tucumán rather than through Santiago. The combination of these circumstances drastically reduced the importance of the city and the territory and, by the beginning of the 19th century, the city had barely 5,000 inhabitants.

With the creation of the intendency of Salta, Santiago del Estero was transferred to the new intendency of Tucumán. In the middle of the national conflict, Santiago del Estero separated from Tucumán in 1820, coming under the control of pro-autonomy Governor Juan Felipe Ibarra. Among the new province's most effective advocates during its early decades was Amancio Jacinto Alcorta, a young composer of sacral music who, representing his province from 1826 to 1862, helped modernize commerce and its taxation in the unstable young nation and promoted domestic banking and credit. In 1856 the provincial constitution was formulated.

At the beginning of the 20th century Santiago del Estero acquired part of the lands that were the subject of a dispute with Chaco Province. By then the province had four cities and 35,000 inhabitants, most of whom lived in precarious conditions. The construction of the Los Quiroga dam in 1950 enabled the productivity of the otherwise arid land to be increased by irrigation. 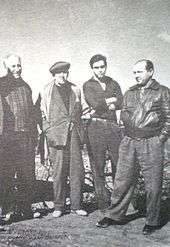 During the 1890s, national policy makers were made aware of a little-publicized tourist route northwest of the city of Santiago del Estero, whereby, despite the abject lack of transportation or lodging amenities, a steady stream of visitors rode on horseback over craggy terrain for hours for the sake of enjoying a cluster of mineral springs rarely mentioned since Spaniards had first noticed them in 1543.

Becoming increasingly well-known, the Argentine Dept. of Agriculture commissioned University of Buenos Aires Chemistry Professor Hercules Corti to study the springs. Completing his report in 1918, Dr. Corti confirmed that the Río Hondo Hot Springs were among the most therapeutic on earth and, coming at a time when mineral springs were becoming a leading destination for "health tourism", Río Hondo quickly began attracting visitors from all over Argentina.[2] Set aside as a public resort in 1932, the first formal hotel facilities were opened in the late 1940s and they are, today, the world's second-most visited mineral hot springs, after the ones in Reykjavik, Iceland.[3] 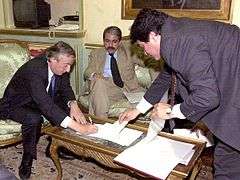 The province, in 1948, elected a young Peronist activist named Carlos Juárez Governor of the province. Santiago del Estero's central political figure during the late 20th century, Juárez was as energetic as he was ambitious and he soon became indispensable to local politics (mostly by proxy). A true Caudillo (strongman), his amiable demeanor belied a profound ruthlessness and, meanwhile, Santiago del Estero remained one of the poorest provinces in Argentina, falling further behind. Juárez, by the 1990s, was readily ordering his opponents' deaths, notably those of former Governor César Iturre in 1996 and of Bishop Gerardo Sueldo in 1998.[4]

The deaths of two local young women, however, exposed Juárez's assassin, Antonio Musa Azar, and, faced with undeniable links to Musa Azar's litany of past murders and extortions, Juárez resigned in late 2002. His wife, Nina Aragonés de Juárez, was hand-picked to replace him; but, she was herself removed from office by order of President Néstor Kirchner in March, 2004.[5] 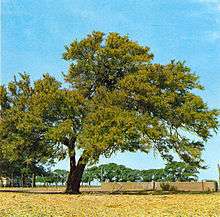 Mature algarrobo, a species nearly ubiquitous to the province.

The province is located almost completely in the flat lands of the Gran Chaco, with some depressions. In these depressions lagoons have formed, mainly at Bañado de Figueroa, Bañado de Añatuya, and those near the basin of the Salado and Dulce Rivers. The Sumampa and Ambargasta sierras are the result of the influence of the Pampas at the southwest.

The soil, rich in lime and salt, is arid and characterised by semi-deserts and steppes. The predominant weather is sub-tropical with a dry season and high temperatures during the entire year; the annual average is 21.5°C, increased to 24°C in the latest years, with maxima of up to 50°C, with visible increases in temperature since 1970. Surprisingly, the maximum was of 38°C before 1910; and minima of -5°C, which has increased to -2°C. The dry season, during the winter, receives an average of 120 mm of precipitation, but the annual average is 700 mm.

The province's economy, like most in northern Argentina, is relatively underproductive and, still, totalled an estimated US$2.863 billion in 2006; its per capita output, US$3,559, was the nation's lowest and a full 60% below the average.[6] Santiago del Estero had long been very rural and fairly agricultural (known for its excellent cotton and tobacco, as well as leather) and nearly lacking in manufacturing; despite this, the humble province has grown just as quickly as many of its better-positioned fellow provinces, in the recovery that Argentina has enjoyed since 2002.

The economy of the province still leans toward primary production, specially in agriculture, about 12% of the province's output. Centred on the basins of the Salado and Dulce Rivers, the main crops include cotton (20% of the national production), soybean, maize and onion. 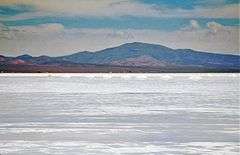 Salinas Grandes, one of the world's largest salt flats.

Cattle farming is also important, mainly in the east, where weather conditions make it possible, but goats, with 15% of the national production, adapt better to the rest of the province.

The wood industry of quebracho and algarrobo has also added implanted species totaling an annual average of over 300 thousand tons, of which around 100,000 tons are used for timber and the rest for firewood and vegetal coal.

There is little mining but in the salt flats in the southwest. Manufacturing (less than 10% of output) consists of small industrial enterprises centred mainly on food, textiles and leather.

Tourism is somewhat developed, but only around the main tourist attractions. Tourists visit Santiago del Estero (the oldest city in Argentina) and its historical buildings and museums, Termas de Río Hondo and the Río Hondo hot springs with its 200 hotels, and the Frontal dam where water sports are practiced. 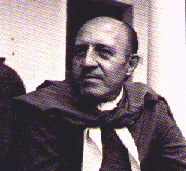 Pianist Adolfo Abalos, who from 1945 led the Abalos Brothers group, among the best-known folk musicians in South America.

Important figures connected to the history of Santiago del Estero include colonel Juan Francisco Borges, leader of the Independence War (and ancestor of writer Jorge Luis Borges), as well as the revolutionary leaders Mario Roberto and Francisco René Santucho, founders of the Partido Revolucionario de los Trabajadores and the Ejército Revolucionario del Pueblo.

Santiago del Estero's musical heritage is one of its most important cultural aspects, with typical folklore chacarera and zamba. Renowned artists and groups include the Manseros Santiagueños, Alfredo Ábalos, Leo Dan, Jacinto Piedra and Raly Barrionuevo. The province's best-known folk music ensemble is probably the Ábalos Brothers, active in the genre since 1945 and recording since 1952. Though in their eighties and nineties, all five still perform and have become, over the decades, among the best-known folk musicians in Argentina.[7]

The province is divided into 27 departments (Spanish: departamentos). 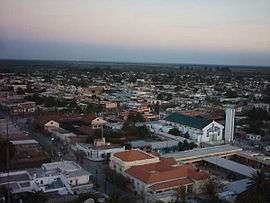 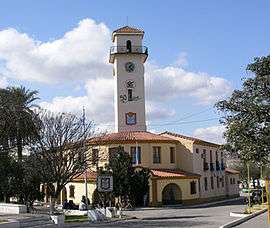