The native form of this personal name is Kádár Tamás. This article uses the Western name order.

Tamás Kádár (born 14 March 1990 in Veszprém) is a Hungarian footballer, currently playing for Lech Poznań. He is a defender and is equally capable at centre-back or left-back. He made his debut for Zalaegerszegi TE at the age of 16 and has since gone on to win Hungary U-21 honours. 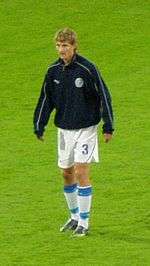 Local news reports in Newcastle stated that Kádár had attended a reserve match at Newcastle on 8 January 2008, and would sign for the club in the coming days. Kádár became the 3rd youngster to sign for Newcastle in the January transfer window following the signings of Ben Tozer and Wesley Ngo Baheng. After some hold-ups as a result of Sam Allardyce's sacking, the deal was confirmed on 18 January, the same day that Kevin Keegan was unveiled to the press for his second stint as manager.

During the 2008–09 season, Kádár was mostly plying his trade in the reserves but appeared on the bench as an unused substitute for Newcastle's home league match with Liverpool and the FA Cup 3rd round game with Hull City.

On 21 January 2009 he suffered a broken leg in a reserve match against Sunderland, ruling him out for six months.[5]

On 11 July 2009 he returned to action for Newcastle United, helping in their victory 3–0 over Shamrock Rovers. This was Newcastle's first pre-season match of the 2009–10 season. He made his full first team debut in the 4–3 victory over Huddersfield Town in the League Cup in August, before making his league debut on 31 August as part of a 1–0 home win against Leicester City. Although behind Steven Taylor and Fabricio Coloccini in the pecking order, he has turned in some strong performances whenever new manager Chris Hughton played him, especially when Taylor and Coloccini were out injured during various times of the season.[6] In the 2010-2011 season, he was given a chance in the opening rounds of the League Cup playing in central defence for their round two clash with minnows Accrington Stanley. Newcastle won 3-2 thanks to goals from Peter Lovenkrands, Shola Ameobi and Ryan Taylor. In the 2011–12 season of the Premier League Kádár became close to the first squad after the injuries of Fabricio Coloccini and Steven Taylor.[7][8][9]

On 10 January 2011, Kádár signed on loan at Football League One side Huddersfield Town, managed by Lee Clark, who was a coach at Newcastle, when he originally signed for the Magpies.[11][12] He made his debut in the 3–2 win over Plymouth Argyle at the Galpharm Stadium, the following day.[13] Following an injury picked up in the game at Walsall, he returned to Newcastle.

After a successful trial period, Kádár was officially signed by Dutch Eredivisie club Roda JC Kerkrade on 7 August 2012.[14][15] Although in the 2012-13 season of the Eredivisie Kádár played 11 matches, he wanted to get more possibilities to play therefore Roda loaned to the Hungarian club Diósgyőr for the rest of the 2012-13 season.

On 3 June 2013, Kádár was signed by Hungarian League club Diósgyőri VTK after playing 13 matches and scoring 1 goal in the 2012–13 season of the Hungarian League on loan from Roda JC Kerkade.[16] 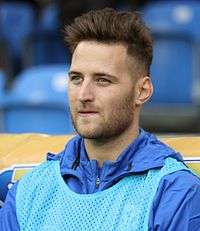 On 12 May 2008, Kádár received his first call up to the Hungary senior squad, though he did not make an appearance.[22] He was recalled to the U21 side for several 2011 European Championship qualifiers. On 17 November 2010 Kádár played his first match in the national team against Lithuania at the Stadion Sóstói in Székesfehérvár, Hungary. The final result was 2-0 to Hungary. He also played in the match that resulted in the 5-0 victory over Liechtenstein at the Puskás Ferenc Stadium in Hungary.

Kádár gained a reputation of a defender who, while moving up on the left side from defense, can successfully spot and assist a quick attack: on 16 October 2012 against Turkey he gave an assist to Szalai which resulted in the second Hungarian goal,[23][24] he provided an assist to Dániel Böde against Faroe, and to Tamás Priskin against Norway.[25]

Upon his arrival to the Ekstraklasa club Lech Poznań, he was nicknamed Bad boy by the fans of the club since he resembles Jesse Pinkman from the AMC TV series Breaking Bad.[29][30] He's known for his multitude of tattoos, which he started collecting as a hobby after his club banned him from riding a motorcycle.[31]