Thalapathi (English: Commander) is a 1991 Indian Tamil-language crime-drama film written and directed by Mani Ratnam and produced by G. Venkateswaran. It stars Rajinikanth, Mammootty and Shobana in the lead roles with Arvind Swamy, Srividya, Amrish Puri, Bhanupriya, Nagesh, and Charuhasan playing supporting ones. The theme is based on the friendship between Karna and Duryodhana of the Hindu epic, Mahabharata. The score and soundtrack were composed by Ilaiyaraaja. The film, which features the last collaboration of Mani Ratnam and Ilaiyaraaja,[1] was dubbed and released in Telugu and Hindi as Dalapathi.[2] The film emerged as a critical and commercial success during its theatrical run.[3][4] The film was later remade in Kannada as Annavru.[5]

Surya's(Rajinikanth) mother Kalyani(Srividya) abandons him as an infant, when she was a mere 14, young and unmarried, fearing societal backlash and mostly her incapability to raise him in, in what became a world that turned hostile, for her, that found her act abominable due the fact that conceiving such young, was considered a taboo, by placing him at a goods train with nothing but a wrapped red shawl as an identity. Eventually found by kind hearted people by a slum, he gets adopted and they grow him up to become an honest person as to what he is, 32 years after, who could not tolerate injustice happening to the poor. But Surya was always puzzled about the reason of his mother abandoning him. He comes to know the day he was abandoned by this mother was a 'Bhogi' festival, where it is a ritual for people to shed their old belongings, due to which he doubts whether she purposely ditched him off or not, something to which he was longing for an answer.

Deva (Mammootty) is a feared, powerful yet a good man - who helps the poor fighting for justice. Surya once gets into a clash with Ramana, the right hand man of Deva. Ramana's indecent request - asking possession of a man's spouse who happens to know Surya - for a debt he failed to play anguishes surya. While Ramana succumbs from his injuries, Devaraj unknown of the real reason is angered knowing this. Mean while Surya accepts imprisonment due result of crime he commited. But when Deva hears the mistake committed by Ramana, he understands that Surya is genuine and bails him out with one of his men. This makes Surya and Deva close to each other as they realise they have similar ideology - fighting for justice. Deva also make Surya his "Thalapthy".

Arjun (Arvind Swamy) arrives as the new deputy collector in the province where Surya and Deva buster injustice caused by bad governance and against bad people like Kalivardhan (Amrish Puri) that kindle chaos for personal allegiance. Arjun, by all means wants to end all forms of violence - to whose eyes, acts of Surya and Deva are ultimate barbarity. Arjun happens to be the son of Kalyani and her now-husband (Jaishankar) to whom, he thinks of as the only child. But Kalyani who had abandoned surya, her first child, constantly worries on the where-about and how-about of her long lost boy. Jaishankar a kind man, knows about Kalyani's past but accepted her.

Surya falls in love with a Brahmin girl, Subbalakshmi (Shobana), who by now has turned into a hero figure for the poor and needy - seeking justice as a tribute to his best friend Deva. Deva who was feared much by common people to approach and ask for help, now yearned Respect from them thanks to Surya's acts of curbing the violence that people like Kalivardhan instill in the society. Subbalakshmi, eventually agrees Surya's necessity to use violence for justice, for which she earlier persuaded him against since it was for justice. Deva goes along with his family to meet Subbalakshmi’s father, an orthodox priest, to get the alliance fixed between her and Surya. He however is un-interested in giving her married to Surya since he is an orphan who does not know about his biological parents. Her marriage subsequently is arranged with Arjun. Surya lets go-off her to her getting married to Arjun, who he thinks was miles better as a man for her who by all means was raised good to become a collector unlike him.

Arjun’s main targets remained Surya and Deva. Although they protest for justice, Arjun felt the way they fought for the same was against law and tries to arraign them but all his efforts vain. Surya, in the mean while was requested by Deva to marry a widow - Padma - wife of Ramana, whom he had earlier killed. Deva, being the Kind-hearted person, took care of Padma and her child and treated them well as members like his own family ever since the expiry of her husband who was once his right hand. Once Padma's confession of things becoming unbearable for her - that men took advantage of being singular with dishonourable intentions with concocting frivolous reasons to make untoward advances towards her angers Deva. He convinces Padma and thus was the request he made to Surya. Guilty being responsible for Padma’s sufferings of isolation on loss of her husband and abuses, Surya Marries her.

One day, during a medical camp organised by Arjun, Kalyani meets Padma and her daughter along with a shawl (the same shawl on which Kalyani placed her baby in the train). She sees the shawl understanding that her son was none but Surya. Jaishankar however finds out that Surya was Kalyani’s first and long lost son she abandoned and Arjun’s was his step brother. Jaishankar meets Surya and informs the truth but Surya prefers not to inform this to Kalyani as she would feel bad knowing that her son has grown to become a wanted criminal by law.

Surya promises to Jaishankar that he will not harm Arjun realizing he was his own brother. There is also a long standing feud between Deva (by virtue of association, Surya too) and Kalivardhan, who was Deva's main rival. In due course of time, among other incidents, Surya blurts out the facts about Arjun to Deva when Deva starts doubting Surya's intentions. Deva feels proud that despite knowing Arjun is his brother, Surya preferred staying with Deva supporting him and fighting for him. Surya values his friendship with Deva above everything. Deva overwhelmed by his friend's sacrifice for friendship considers Surya's family to be his and Finally decides to surrender regardless of his actions to do keep justice. They both go to meet Arjun, who has also been made aware of who Surya is by his mother. Suddenly, Kalivardhan’s men come and shoot towards Deva killing him on the spot.

Surya is angered and retaliates by killing Kalivardhan after an ensuing encounter. He surrenders to the police but is not arrested, the police citing lack of evidence. When Arjun is transferred to another city and he relocates with his wife, Kalyani prefers staying with Surya. 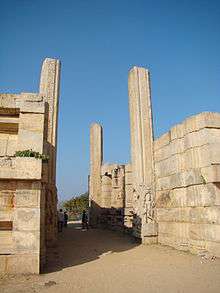 Rajinikanth was a friend of Mani Ratnam's brother G. Venkateswaran, and they were talking about a film together. Ratnam had met him twice because he had expressed interest in working with him, although Ratnam did not have anything for him then.[6] He needed a film that would have scope for Rajinikanth's stardom but yet remain Ratnam's film. He wanted something right for both himself and Rajinikanth. He wanted something that Rajinikanth could not say no to and something that Ratnam really wanted to do. And then the concept came up, of the story of Karna from the Indian epic Mahabharata, who Ratnam considers "one of the best characters in the Mahabharata".[7] Ratnam wanted to present a realistic Rajinikanth, which he saw in 16 Vayathinile and Mullum Malarum minus all his style elements.[6] Rajinikanth recalled that he had tough time while shooting for the film as "[Mani Ratnam] was from a different school of film making and asked me to feel emotions even when taking part in a fight scene".[8]

Mammooty's character Deva was the equivalent of Duryodhana, while Rajinikanth played Surya, the equivalent of Karna. Shobana played the equivalent of Draupadi, while Arvind Swamy and Srividya played characters based on Arjuna and Kunti respectively.[9] Jayaram was initially considered for the role of Arjun, but rejected the offer due to scheduling conflicts. It was Mammootty who suggested Jayaram to Ratnam.[10] Kreshna was chosen to play the younger version of Surya, although the character was later scrapped because it affected the film's length.[11] Cinematography was handled by Santosh Sivan, the film being his first with Ratnam.[12] Ratnam chose to shoot the beginning sequence in black and white instead of colour, because according to him, "Black and white gives the sense of this being a prologue without us having to define it as a prologue."[13] He has also refused to state who was the father of the protagonist, citing that the film "consciously avoids the who and the how of the underage girl's first love. It was the child, the son of Surya, who formed the story".[14] Aravind Swamy made his acting debut with this film.[15] Malayalam actor Manoj K. Jayan was cast after Ratnam was impressed with his performance in the Malayalam film Perumthachan, thus making his acting debut in Tamil cinema.[16]

The songs "Rakkamma" and "Sundari" were filmed at Rayagopura, Melukote and Chennakesava Temple, Somanathapura in Karnataka respectively.[17][18]

The music score for the film was composed by Ilaiyaraaja,[19] making it his last collabaration with Mani Ratnam.[1] Lahari Music acquired the audio rights by paying ₹7.2 million.[20] The soundtrack features seven songs. The song, "Rakkamma Kaiya Thattu", performed by S. P. Balasubramanyam and Swarnalatha was amongst the songs listed in a BBC World Top Ten music poll.[21] Controversially, it was also featured in the 2012 Bollywood film Agent Vinod, and Lahari took "legal action" against the producer of the film Saif Ali Khan, who used the song without permission.[22][23] The recording for the song "Sundari" had taken place in Mumbai with R. D. Burman's orchestra. When Raja gave them the notes they were so taken in by composition that all the musicians put their hands together in awe.[24] In July 2011, D. Karthikeyan of The Hindu singled out the film's re-recording and ranked it alongside the music director's other films such as Mullum Malarum (1978), Uthiripookkal (1979), Moodu Pani (1981) Moondram Pirai (1982) and Nayakan (1987).[25]

All lyrics written by Vaali; all music composed by Ilaiyaraaja.

All lyrics written by P. K. Mishra; all music composed by Ilaiyaraaja.

All music composed by Ilaiyaraaja.

All lyrics written by Vaali; all music composed by Ilaiyaraaja.

On 8 November 1991, The Hindu said, "Moving his pieces with the acumen of an international grandmaster, the director sets a hot pace".[28] Behindwoods said, "In Dalapathi, [sic] although good ultimately prevails over evil, the journey is portrayed with the obstacles and difficulties. That is the greatest plus for the film." Rajini's performance was praised stating that it "is another moviewhich brought out the serious and highly skilled actor in Rajini.[29][30] Film historian Randor Guy called it a "superbly crafted movie", saying "Even though Rajinikanth is the main protagonist, the movie is entirely the film-maker's."[31]

C. S. Amudhan said Thalapathy was "really ahead of its time" and called it "intellectual entertaining cinema". Karthik Subbaraj said that he watched the film during his childhood. Several references to the film are made in Subbaraj's 2015 blockbuster gangster film Jigarthanda. Soundarya Rajinikanth recalled "I remember Thalapathy most vividly as that was the first time I went for a first-day-first-show ever".[32] Atlee who directed Raja Rani (2013) cites Thalapathi was the main inspiration for him to consider cinema as a career.[33] Rajinikanth's daughter, director Soundarya R. Ashwin, has stated that Rajinikanth's hairstyle in her directorial venture Kochadaiiyaan (2014) was inspired by his appearance in Thalapathi.[34]