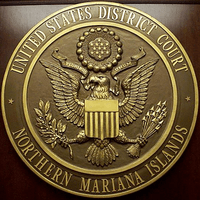 Like most federal judges, judges in this court are appointed by the President, subject to Senate confirmation. Judges may serve more than one term, subject to the standard nominating process.

The first District Judge appointed was Alfred Laureta, who served from 1978 until 1988. His successor, Alex R. Munson, was nominated by President Ronald Reagan, and confirmed by the Senate in 1988. Munson was nominated for a second ten-year term by President Bill Clinton and was confirmed by the Senate in 1998. He took senior status effective February 28, 2010.[1] On January 26, 2011 President Obama nominated Ramona Villagomez Manglona to be Judge for the District Court for the Northern Mariana Islands for a term of ten years. The U.S. Senate confirmed her nomination by voice vote on July 26, 2011 and she received her commission on July 29, 2011.[2] Her term will end on July 28, 2021.

This article is issued from Wikipedia - version of the 8/28/2015. The text is available under the Creative Commons Attribution/Share Alike but additional terms may apply for the media files.