In contrast to the Supreme Court, which was established by Article III of the Constitution, the district courts were established by Congress.[note 1] There is no constitutional requirement that district courts exist at all. Indeed, after the ratification of the Constitution, some opponents of a strong federal judiciary urged that the federal court system be limited to the Supreme Court, which would hear appeals from state courts. This view did not prevail, however, and the first Congress created the district court system that is still in place today.

There is at least one judicial district for each state, the District of Columbia, and Puerto Rico. District courts in three insular areas—the United States Virgin Islands, Guam, and the Northern Mariana Islands—exercise the same jurisdiction as Article III U.S. district courts.[1][2][3] Despite their name, these courts are technically not "District Courts of the United States". Judges on these Article IV territorial courts do not enjoy the protections of Article Three of the Constitution, and serve terms of ten years rather than for life.

There are 89 districts in the 50 states, with a total of 94 districts including territories.[4]

A judge of a United States district court is officially titled a "United States District Judge". Other federal judges, including circuit judges and Supreme Court Justices, can also sit in a district court upon assignment by the chief judge of the circuit or by the Chief Justice of the United States. The number of judges in each district court (and the structure of the judicial system generally) is set by Congress in the United States Code. The President appoints the federal judges for terms of good behavior (subject to the advice and consent of the Senate), so the nominees often share at least some of his convictions. In states represented by a senator of the president's party, the senator (or the more senior of them if both senators are of the president's party) has substantial input into the nominating process, and through a tradition known as senatorial courtesy can exercise an unofficial veto over a nominee unacceptable to the senator.

With the exception of the territorial courts (Guam, the Northern Mariana Islands, and the Virgin Islands), federal district judges are Article III judges appointed for life, and can be removed involuntarily only when they violate the standard of "good behavior". The sole method of involuntary removal of a judge is through impeachment by the United States House of Representatives followed by a trial in the United States Senate and a conviction by a two-thirds vote. Otherwise, a judge, even if convicted of a felony criminal offense by a jury, is entitled to hold office until retirement or death. In the history of the United States, only twelve judges have been impeached by the House, and only seven have been removed following conviction in the Senate. (For a table that includes the twelve impeached judges, see Impeachment in the United States.)

A judge who has reached the age of 65 (or has become disabled) may retire or elect to go on senior status and keep working. Such senior judges are not counted in the quota of active judges for the district and do only whatever work they are assigned by the chief judge of the district, but they keep their offices (called "chambers") and staff, and many of them work full-time. A federal judge is addressed in writing as "The Honorable John/Jane Doe" or "Hon. John/Jane Doe" and in speech as "Judge" or "Judge Doe" or, when presiding in court, "Your Honor".

District judges usually concentrate on managing their court's overall caseload, supervising trials, and writing opinions in response to important motions like the motion for summary judgment. Since the 1960s, routine tasks like resolving discovery disputes can, in the district judge's discretion, be referred to magistrate judges. Magistrate judges can also be requested to prepare reports and recommendations on contested matters for the district judge's consideration or, with the consent of all parties, to assume complete jurisdiction over a case including conducting the trial.

As of 2010, there were 678 authorized district court judgeships.[6] A study put forth by Brennan Center for Justice at New York University of Law found that under the Obama administration and especially in the year 2009 there have been a "uniquely high" number of vacancies in Federal Court, averaging 60 or more from the years 2009 to 2013. The Obama administration has blamed Senate Republicans for opposing (and therefore, not confirming) presidential nominations, while the Republicans say Obama has been slow to nominate.[7]

Unlike some state courts, the power of federal courts to hear cases and controversies is strictly limited. Federal courts may not decide every case that happens to come before them. In order for a district court to entertain a lawsuit, Congress must first grant the court subject matter jurisdiction over the type of dispute in question.

The district courts exercise original jurisdiction over—that is, they are empowered to conduct trials in—the following types of cases:

In addition to their original jurisdiction, the district courts have appellate jurisdiction over a very limited class of judgments, orders, and decrees.[14]

In order to represent a party in a case in a district court, a person must be an attorney at law and generally must be admitted to the bar of that particular court. The United States usually does not have a separate bar examination for federal practice (except with respect to patent practice before the United States Patent and Trademark Office). Admission to the bar of a district court is generally granted as a matter of course to any attorney who is admitted to practice law in the state where the district court sits.[note 3] Many district courts also allow an attorney who has been admitted and remains an active member in good standing of any state, territory or the District of Columbia bar to become a member.[15] The attorney submits his application with a fee and takes the oath of admission. Local practice varies as to whether the oath is given in writing or in open court before a judge of the district.

Several district courts require attorneys seeking admission to their bars to take an additional bar examination on federal law, including the following: the Southern District of Ohio,[16] the Northern District of Florida,[17] and the District of Puerto Rico.[18] 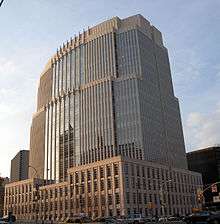 The Southern District of New York and the Central District of California are the largest federal districts by number of judges, with 28 and 27, respectively.[20]

There are a few additional extinct district courts that fall into neither of the above two patterns.