The "G. d'Annunzio" University derives its name from the writer, Gabriele d'Annunzio. It was first instituted as an independent university in 1960. It was originally located in the medieval town of Chieti and comprised only few faculties. In 1982 it gained the status of national university and has subsequently grown..

Besides its faculties, there are several distinct centres: the Center of Excellence for Aging Sciences (Ce.S.I.); the Institute of Advanced Biomedical Technologies (ITAB); the Center for Continuing Education (CEDUC); the "G. d'Annunzio" University Foundation; and the Leonardo da Vinci On-line Distance University.

A University with a high scientific-technological profile despite its young history. Leading the way with structures, equipment and training courses in the ongoing academic year counts 36,000 students. 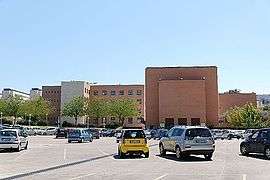 The palaces of Literary studies 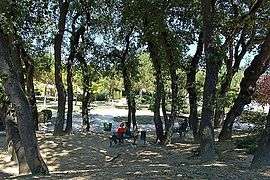 The university is situated in the Abruzzo region, in particular in and around the metropolitan areas of Chieti and Pescara. The region is located in the centre of Italy.

The University is spread over two main campuses, Chieti and Pescara. Chieti is a medieval hill town of approximately 30,000, studded with Roman ruins. Pescara is a contemporary seaside town with a commercial port, international airport, yacht club, sea link service to the nearby Balkan nations and it is the commercial hub of the Abruzzo region.

In October 2016 the campus in Chieti saw safety issues after the brutal murder of a local musician in the area close by.

The main campus of the University, the Chieti Campus, is located in Chieti Scalo. This campus includes the Chancellor's Office, Central Administration buildings and Faculties of Medicine, Pharmacy, Arts and Philosophy, Dentistry, Psychology, Social Sciences and Mathematics, Physics and Natural Sciences. The Faculty of Sports Medicine is near the campus, to the CIAPI, Viale Abruzzo.

The Pescara Campus is located within the City of Pescara, on its outskirts, only a couple kilometres from the centre. The Architecture, Economics, Management and Modern Languages

These are the 12 faculties in which the university is divided into: