i/ˈtɛn/) is an even natural number following 9 and preceding 11. Ten is the base of the decimal numeral system, by far the most common system of denoting numbers in both spoken and written language. The reason for the choice of ten is assumed to be that humans have ten fingers (digits).

Ten is a composite number, its proper divisors being 1, 2 and 5. Ten is the smallest noncototient, a number that cannot be expressed as the difference between any integer and the total number of coprimes below it.[1]

It is the aliquot sum of only one number the discrete semiprime 14.

Ten is a semi-meandric number.

A polygon with ten sides is a decagon, and 10 is a decagonal number.[2] Because 10 is the product of a power of 2 (namely 21) with nothing but distinct Fermat primes (specifically 5), a regular decagon is a constructible polygon.

Ten is the number of n queens problem solutions for n = 5.

Ten is the smallest number whose status as a possible friendly number is unknown.

As is the case for any base in its system, ten is the first two-digit number in decimal and thus the lowest number where the position of a numeral affects its value. Any integer written in the decimal system can be multiplied by ten by adding a zero to the end (e.g. 855 × 10 = 8550).

Positional numeral systems other than decimal

Also, the number 10 plays a role in the following:

In religion and philosophy 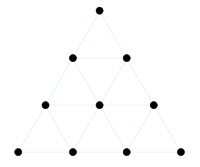 Most countries issue coins and bills with a denomination of 10 (See e.g. 10 dollar note). Of these, the U.S. dime, with the value of ten cents, or one tenth of a dollar, derives its name from the meaning "one-tenth" − see Dime (United States coin)#Denomination history and etymology.

In sports and games

Also, the number 10 plays a role in the following:

The jersey number 10 has been retired by several North American sports teams in honor of past playing greats or other key figures, including Major League Baseball, the NBA, the NFL, the NHL, and in cricket by indian cricket team for legendary indian cricketer sachin tendulkar. 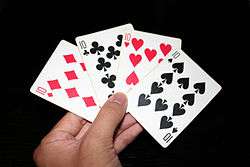 10 playing cards of all four suits