The 2012 Buenos Aires rail disaster, also known as the Once Tragedy, occurred on 22 February 2012, when a train crashed at Once Station (Spanish: Estación Once de Septiembre; IPA: [ˈonse]) in the Balvanera neighbourhood of Buenos Aires, Argentina.

There were about 1,000 passengers on board when the crowded eight-carriage train, whose working brakes were not activated, hit the buffers at the end of the line, crushing the motor carriage and the following two carriages, after approaching the station at a speed of 26 kilometres per hour (16 miles per hour). Fifty-one people were killed and more than 700 were injured;[1] the dead and seriously injured were in the first two carriages,[3] which were packed with people who had moved to the front of the train to be near the station exit on arrival.

The Sarmiento Line, on which the incident occurred, was operated by Trenes de Buenos Aires (TBA), owned by the Cirigliano brothers. It was the second fatal accident on the line within six months, following the 2011 Flores rail crash, and the third-deadliest train accident in Argentina's history, after the Benavidez rail disaster in 1970 (which left 142 dead and 368 injured) and the Estrella del Norte train accident in 1978 (which left 55 dead and an unknown number injured).[4]

Train number 16 was operating the Sarmiento Line local service 3772 from Moreno to Once during the morning rush hour on the first working day after a Carnival holiday.[5][6] The train was reported to be traveling too fast—about 50 kilometres per hour (31 mph)—on entry to the station.[7] It failed to stop before the end of the track at Once Station[8] and at 8:33 ART crashed into the buffer stops at a speed of 26 kilometres per hour (16 mph). The motor carriage and the following two carriages were crushed;[9] the second carriage was telescoped 7 metres (23 ft) into the first.[3] Several passengers described the impact as an explosion.[10]

Several ambulances were in the area at the time of the accident, waiting for a ship that had suffered an influenza B outbreak, and were used to transport victims to nearby hospitals.[6] People with minor injuries left the accident zone on foot.[6] According to the city's head of civil defence, the rescue was difficult because the hard and complicated structure of the carriages made the task of removing the wreckage difficult.[6]

The train driver survived the crash; he was rescued and evacuated in an ambulance. It took many people to free him from the wreckage.[6] He was not seriously injured, and a test for blood alcohol content gave a negative result.[11]

The Sarmiento Line did not resume normal operation for several hours. People demanding the reopening of the line threw bottles, sticks and chairs at federal police and soldiers guarding the crash site, though police regained control within a few minutes.[6]

Fifty-one people, including three children, were confirmed dead. More than 700 others were injured.[1] The crash scene and audio logs were examined to determine the cause of the accident.[12] 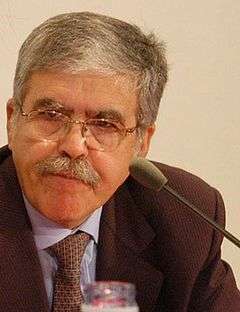 Minister Julio de Vido announced a lawsuit against TBA. The Civic Coalition criticized the legality of such action.

Argentine President Cristina Fernández de Kirchner declared two days of national mourning and suspended the Carnival festivities. Mauricio Macri, the chief of government of the autonomous city of Buenos Aires, and the governor of Buenos Aires Province, Daniel Scioli, did the same.[13]

Secretary of Transport Juan Pablo Schiavi announced that the government will investigate the accident. He reported that the driver was well rested at the time of the accident and had very good labour reports. The train's and station's black box and the security tapes were handed to the a Federal Judge.[14] Minister of Planning and Public Investment Julio de Vido announced that the presidency would initiate a lawsuit against TBA, the owners of the Sarmiento line,[15] but that was not accepted by the Justice Department, arguing that government officials could also have broad responsibilities in the accident.[16]

The Radical Civic Union proposed the impeachment of Schiavi, requesting explanations about the state of railway lines, and pointing to previous complaints about the lack of proper state control over the working of the lines.[17] They also urged Congress to create a commission to investigate the case and the responsibilities of the government.[18] The Civic Coalition criticized De Vido's announcement, pointing out that the state cannot be plaintiff as it is involved in the case.[19] The General Confederation of Labour complained about the overall poor condition of the railways, saying that the accident highlighted the problem.[17] The Argentine Workers' Central Union requested the removal of the TBA administration of the train.[19]

The Foreign and Commonwealth Office of the United Kingdom regretted the incident and expressed its condolences to the "families of the victims" and the "emergency agencies that are still working to aid" those in the accident.[20] The Secretariat of Foreign Affairs of Mexico sent its condolences to the "sister country of Argentina" and hoped for the "speedy recovery of the families and those injured."[21] Pope Benedict XVI sent his condolences.[22]

Initially a union leader said that the train had been working well, and there had been no problems with the brakes at previous stations.[8] Some passengers reported the same.[10] The driver, 28-year-old Marcos Antonio Córdoba, was taken into custody but later released by the investigating judge over the objections of the prosecutor after declaring under oath "I tried to brake twice, but the mechanism failed." He also activated the hand brake, which also failed.[1] A judicial source said Cordoba told investigators: "At each station he advised the dispatcher by radio that he had problems with the brakes." He reportedly said he was told to keep going.[23]

An event in Plaza de Mayo was arranged for 22 February 2014, to mark the second anniversary of the crash.[24]

On December 29, 2015, the case was tried and resulted the conviction of 21 people, plus 7 acquitted. Sergio Cigliano, one of the owners of TBA, has been convicted to 9 years in prison. Juan Pablo Schiavi, former Secretary of Transportation, had been condemned to 8 years imprisoned and the lifelong banning to serve any public office. Ricardo Jaime, another former Secretary of Transportation, got 6 years of prison and the same ban. Marcos Córdoba, the conductor, has been condemned to 3 years and 6 months imprisoned and also banned from conduct trains for 6 years. [25][26]

This audio file was created from a revision of the "2012 Buenos Aires rail disaster" article dated 2012-02-29, and does not reflect subsequent edits to the article. (Audio help)
More spoken articles
This article is issued from Wikipedia - version of the 11/17/2016. The text is available under the Creative Commons Attribution/Share Alike but additional terms may apply for the media files.