The A Lyga, called SMScredit.lt A lyga for commercial reasons,[1] is the top division of professional football in Lithuania. It is organized by LFF (Lithuanian: Lietuvos Futbolo Federacija). League size has varied between 8 and 12 teams over the past few years; for its 2016 season, the league features 8 teams. The season usually kicks off in late March/early April every year; because of the harsh climate there are no games in the winter.

The following clubs are participating in the 2016 season. 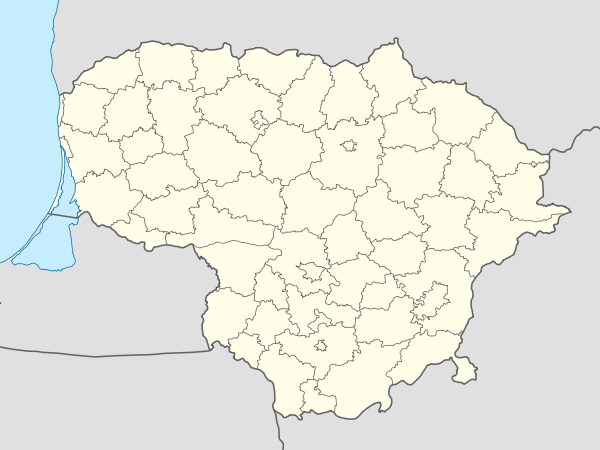 Žalgiris
Locations of the 2016 A Lyga teams

All champions from this period are defunct.

The competition was not contested by teams participating in the Soviet Union football league system.

Note: Some clubs like Žalgiris Vilnius played in Soviet Divisions like Soviet Top League instead of Lithuanian SSR Divisions.

Clubs currently playing in A Lyga are written in Bold. † - Defunct clubs.

Clubs currently playing in A Lyga are written in Bold. † - Defunct clubs.