For the Brazil regional cup with the same name, see Primeira Liga (Brazil).

The Primeira Liga (Portuguese: [pɾiˈmɐjɾɐ ˈliɣɐ]; English: Premier League), also known as Liga NOS for sponsorship reasons, is the top professional association football division of the Portuguese football league system. It is organised and supervised by the Liga Portuguesa de Futebol Profissional. As of the 2014–15 season, the Primeira Liga is contested by 18 teams, with the two lowest placed teams relegated to the Segunda Liga and replaced by the top-two non-reserve teams from this division.

Founded in 1934 as an experimental league, it was officialised in 1938 and named Primeira Divisão (First Division) until 1999, when it recovered the original naming. A total of 70 teams have competed in the Primeira Liga, but only five have been crowned champions. Among them, the "Big Three" – Benfica (35 titles), Porto (27) and Sporting CP (18) – have won all but two Primeira Liga titles; the other winners are Belenenses (1945–46) and Boavista (2000–01).[1]

The Primeira Liga has increased its reputation in the last few years, occupying the 5th place of UEFA's league ranking. It broke into the top five for the first time in the 2011–12 season, passing the French Ligue 1, one of the historical "big five" European leagues, for the first time since 1990.[2] The Primeira Liga also reached a world ranking of 4th according to IFFHS's 2011 ranking.[3]

Porto won the inaugural edition of the new league championship and successfully defended the title in the next season. In 1939–40 the tournament was expanded from 8 to 10 clubs, due to an administrative battle between Porto and Académico do Porto, regarding a Regional Championship game that ended with only 43 minutes after the start, and later repeated (which FC Porto won) according to Porto FA decision. FPF came out with a decision to satisfy both clubs, expanding the championship to 10 teams (one more from Porto FA and another from Setúbal FA) and annulling the result from the repetition match. With this decision, FC Porto lost the Regional title and finished in 3rd, Leixões SC became the new regional champion, while Académico was 2nd place. All 3 teams qualified for 1939–40 Primeira Divisão.[4]

In the 1941–42 season, it was decided to expand the championship from 8 to 10 teams to admit Braga FA and Algarve FA champions (until this season only the top teams from Porto, Coimbra, Lisboa and Setúbal were admitted).[5] Porto finished the regional championship in third place again, which did not grant entry into the Primeira Liga.[6] However, a second expand (from 10 to 12) in the same season was decided, which allowed the club to participate.[7]

After the 1945–46 season, the qualifying system based on regional championships was abandoned and adopted a pyramid system, with relegations and promotions between the 3 tiers. The clubs in Primeira Divisão, Segunda Divisão and Terceira Divisão no longer had to play their district championships on the same season as they had been doing since the first seasons of the Liga.[5]

"The Big Three" (Portuguese: Os Três Grandes) is a nickname for the three most powerful sports clubs in Portugal. With the exception of Belenenses in 1945–46 and Boavista in 2000–01, only three clubs have won the Primeira Liga title – Benfica (35 times), Porto (27) and Sporting CP (18). These three clubs generally end up sharing the top three positions, appearing more frequently in UEFA competitions.

These clubs dominate Portuguese football, and it has become typical for fans to support any of these teams as a "first club", with a local team probably coming afterwards, if at all. The "Big Three" have the highest average attendance ratings every season in Portugal, while the other teams, lacking support from the locals (with the exception of Vitória de Guimarães and Braga, which are the next-most supported clubs), have suffered from poor attendance. The lack of support for local teams is considered to be one of the main reasons why Portuguese Football registers one of the worst attendance ratings in European Football's best championships, alongside the broadcast of almost all the games in television. In other sports, the rivalry between the big clubs is also considerable and it usually leads to arguments between the fans and players.

Benfica is the club with most league, cup and league cup titles, as well as the most domestic titles (74) and overall titles won (76), and the only to have won all Portuguese titles. Porto is the club with most Portuguese SuperCups and international titles won. Sporting CP holds the third place when it comes to the most Championships titles and Cup titles won. Benfica is the only Portuguese club to have won two consecutive European Cup/UEFA Champions League titles, reaching ten European finals: seven European Cups and three UEFA Cup/Europa League, and finished runner-up in two Intercontinental Cups. Porto is the only Portuguese club since 1987 to have won any international competition (excluding the UEFA Intertoto Cup), gathering a total of two European Cup/UEFA Champions Leagues, two UEFA Cup/Europa Leagues, one European Super Cup and two Intercontinental Cups and finished runner-up in one European Cup Winner's Cup and three UEFA Super Cup. Sporting CP won one European Cup Winner's Cup and was runner-up in one UEFA Cup. Apart from the big three, Braga won the last UEFA Intertoto Cup and was runner-up in one UEFA Europa League (against Porto).

Galp Energia acquired the naming rights to the league in 2002, titling the division SuperLiga GalpEnergia. A four-year deal with the Austrian sports betting bwin was announced on 18 August 2005 amid questioning by the other gambling authorities in Portugal (the Santa Casa da Misericórdia and the Portuguese Casinos Association), who claimed to hold the exclusive rights to legal gambling games in Portuguese national territory. After holding the name Liga betandwin.com for the 2005–06 season, the name was changed to BWINLIGA in July 2006.[8][9]

From the 2014–15 season on, there are 18 clubs in the Primeira Liga, up from 16 in the previous seasons. During the course of a season, each club plays all teams twice – once at their home stadium and once at their opponent's – for a total of 34 games. At the end of each season, the two lowest placed teams are relegated to the Segunda Liga and the top two teams from Segunda Liga are promoted to the Primeira Liga. 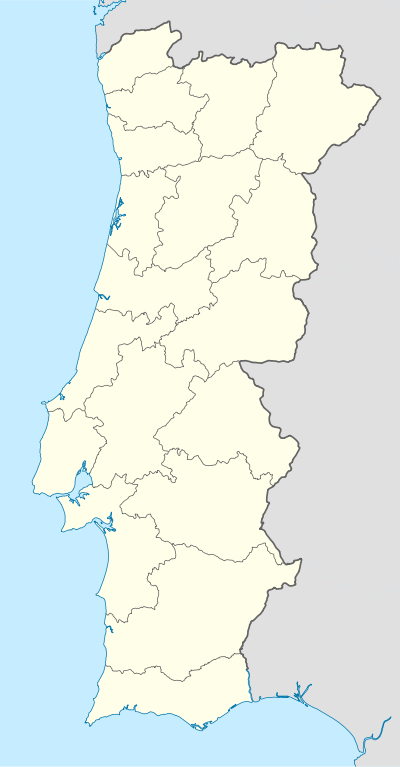 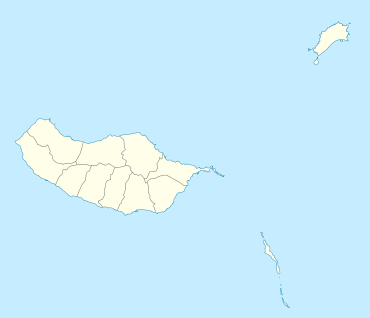 Within Portugal, Sport TV broadcasts Primeira Liga matches except Benfica home matches which are broadcast by Benfica TV. Starting in 2016-17, all league matches are broadcast live by these two channels.

Since the beginning of the league, there are three clubs with an attendance much higher than the others: Benfica, Porto and Sporting CP. They have also the biggest stadiums in Portugal, with more than 50,000 seats. Other clubs, such as Vitória de Guimarães and Braga, also have good attendances. Académica de Coimbra, Vitória de Setúbal, Boavista, Belenenses, and Marítimo are historical clubs, with more than 30 top-flight seasons, from the biggest Portuguese cities, and have also many supporters. However, they do not have big attendances nowadays. Their stadiums have between 10,000 and 30,000 seats.

All Primeira Liga champions have come from either Lisbon or Porto.

For comparison, older seasons have been calculated according to the three-points-per-win rule. Source up to end of 2004–05 season.[14]

For standardisation purposes, a win is worth three points for all clubs.